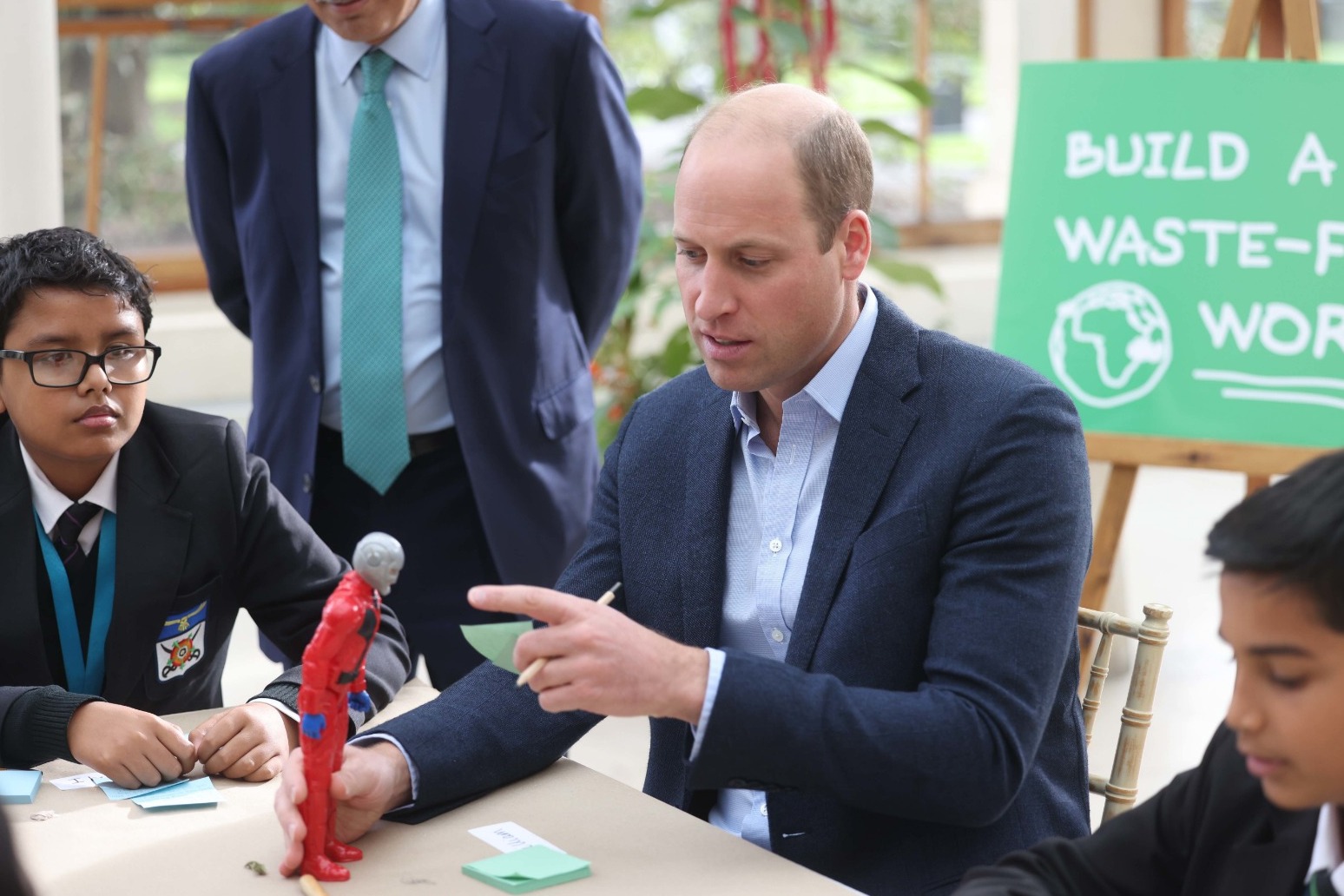 The Duke of Cambridge will call for society to “unite in repairing our planet” at the first awards ceremony for his environmental prize.

William and the Duchess of Cambridge will join a host of famous faces for the inaugural awards ceremony for the Earthshot Prize on Sunday.

The duke launched his ambitious prize to find solutions to the planet’s environmental problems and overcome the pessimism felt by many on its future.

Earthshot judges include broadcaster Sir David Attenborough, actress Cate Blanchett and singer Shakira – who will walk the green carpet at the event being staged at Alexandra Palace in north London.

During the ceremony, in a short film recorded in the London Eye, Prince William will say: “We are alive in the most consequential time in human history… The actions we choose or choose not to take in the next 10 years will determine the fate of the planet for the next thousand.

“A decade doesn’t seem long, but humankind has an outstanding record of being able to solve the unsolvable.

“Many of the answers are already out there… but we need everyone – from all parts of society – to raise their ambition and unite in repairing our planet.

“The future is ours to determine. And if we set our minds to it, nothing is impossible.”

Ed Sheeran, Coldplay and KSI will perform during the ceremony, and actors Dame Emma Thompson, Emma Watson and David Oyelowo, and Liverpool FC striker Mo Salah, will be handing out the awards.

The ceremony comes ahead of the Cop26 UN climate change conference in Glasgow in a few weeks – which the Queen, the Cambridges and the Prince of Wales and Duchess of Cornwall will attend.

“As a world, we need to come together to inspire, reimagine and build the sustainable future we so desperately need.

“Over the coming decade, with future generations in mind, the Earthshot Prize, and its inspirational nominees, will help us find the innovative solutions.

“In parallel, through my Terra Carta and Sustainable Markets Initiative, we will work to mobilise the trillions of dollars required to transition the global economy on to a more sustainable trajectory.

“Together, with all those who join us, we have a real opportunity to deliver a brighter future for humanity while restoring harmony between nature, people and planet.”

In the days leading up to the ceremony, William criticised space tourism, saying: “We need some of the world’s greatest brains and minds fixed on trying to repair this planet, not trying to find the next place to go and live.”

His comment, made during a BBC interview, was aired the day after Star Trek actor William Shatner made history by becoming the oldest person in space.

Shatner, 90, defended his historic space flight, saying William had got the “wrong idea” and his adventure was a small step that could eventually lead to polluting industries moving off earth.

It features five categories, or Earthshots – Protect and restore nature; Clean our air, Revive our oceans; Build a waste-free world; and Fix our climate – which organisers say if achieved by 2030 would improve life for all.

Every year from 2021 until the end of the decade, winners of the five Earthshots will each receive £1 million to develop their projects.

The inaugural 15 finalists include a 14-year-old girl from India who has designed a solar-powered ironing cart, the government of Costa Rica, which has pioneered a project paying local citizens to restore natural ecosystems, and a Chinese app that allows its citizens to hold polluters to account.