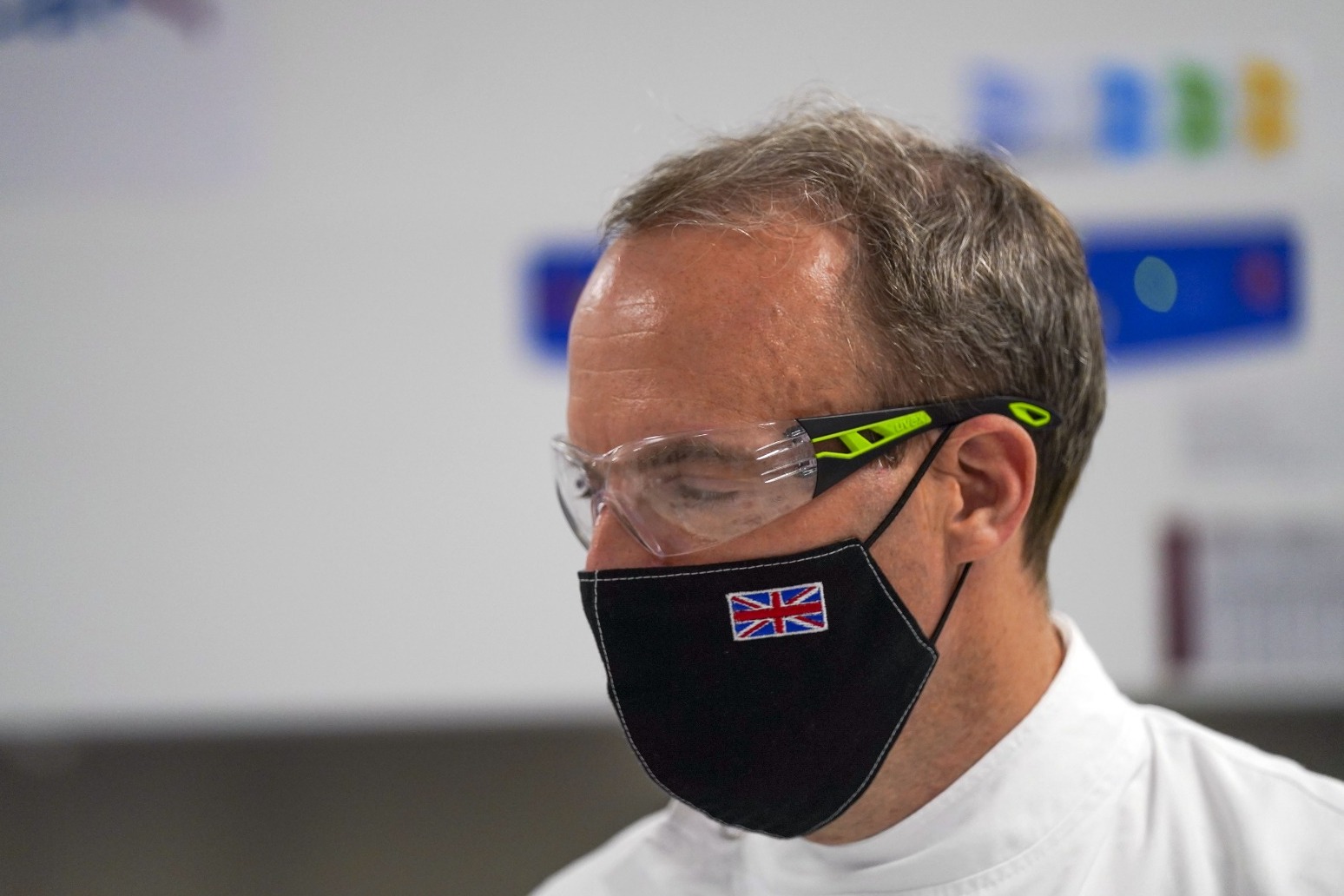 The first batch of excess coronavirus vaccines from Britain will be shipped off to “vulnerable” nations and Commonwealth allies this week, the Foreign Secretary has announced.

Leaders of the major industrialised nations at the G7 summit in Cornwall pledged more than one billion doses of Covid-19 vaccine – 870 million jabs shared directly and the rest through funding to the Covax initiative – to poorer countries.

Prime Minister Boris Johnson confirmed the UK’s contribution to the one billion dose pledge is another 100 million vaccines from now to next June, with Dominic Raab announcing on Wednesday that the first shipment of nine million spare Oxford/AstraZeneca will be made this week.

And in a message to western countries who have unused stockpiles of AstraZeneca jabs, Mr Raab stressed that bodies ranging from the World Health Organisation (WHO) to the European Medicines Agency had approved the British-designed vaccine as safe, arguing it was “crucially important” for all nations to vaccinate their populations.

It comes as parts of Australia have been forced to go back into lockdown despite the UK ally having three million unboxed doses of the AstraZeneca inoculation stored, according to reports.

Fears about the Oxford jab’s side effects, including an increased risk of blood clots, have seen it shunned in some wealthy countries.

The Foreign Secretary visited an AstraZeneca manufacturing site in Oxford on Wednesday to announce that the first despatch of excess UK doses will be making their way to poorer nations this week – with five million to be distributed via the WHO’s Covax scheme and another four million bilaterally.

Speaking to the PA news agency after the visit, the Cabinet minister said: “We succeeded in double-vaccinating 70% of the adult population, the UK economy is bouncing back but we know we’re not going to be safe in the UK until everyone is safe.

“That is why we have been leading the (international) vaccine rollout to give enough doses to get the world vaccinated by the middle of next year, rather than the current trajectory, which is the end of 2024.”

Mr Raab said the UK was delivering on its G7 pledge of sending 100 million surplus vaccines to the “poorest and most vulnerable countries around the world” before the middle of 2022.

“The first nine million doses will be going on Friday to countries from vulnerable countries in the Indo-Pacific, such as Laos, Cambodia, key partners like Indonesia, right the way through the Commonwealth countries from Kenya to Jamaica,” the Cabinet minister added.

“I think what it shows, as well as the domestic rollout and the importance of coming out of the lockdowns in the UK, is that global Britain is also a lifesaving force for good in the world.”

Indonesia will receive 600,000 doses of those being handed out bilaterally, 300,000 will be sent to Jamaica and 817,000 are to be transported to Kenya, among other countries, the Foreign Office said.

Mr Raab, who is also First Secretary of State, joined the Prime Minister and fellow Cabinet colleague Therese Coffey in refusing to repeat Michael Gove’s assertion that it was “selfish” to refuse a vaccine.

The Chancellor of the Duchy of Lancaster’s comment comes as the Government prepares to make being double-jabbed a condition of entry to nightclubs in September in a bid to increase the number of young people coming forward for inoculation.

Asked what he made of Mr Gove’s remark, Mr Raab told PA: “Look, I think people should get vaccinated for their own self-interest because it is far safer to do so, and I would encourage everyone to do so.”

Professor Sir John Bell said the UK’s decision to send unneeded Covid-19 vaccines to developing nations was “long overdue” and would help guard against new variants of the virus forming.

The Regius Professor of Medicine at Oxford University told BBC Radio 4’s World At One programme: “I think it is a bit self-indulgent, to be honest, of western countries fretting about these kinds of issues (what rights to afford the fully vaccinated) when the vast majority of the globe remains completely unvaccinated, with massive levels of viral replication sweeping through the population.

“If you want variants, you’ve got the perfect storm for that, and it is not in Watford – it is in Zimbabwe and Rwanda and South Africa.”