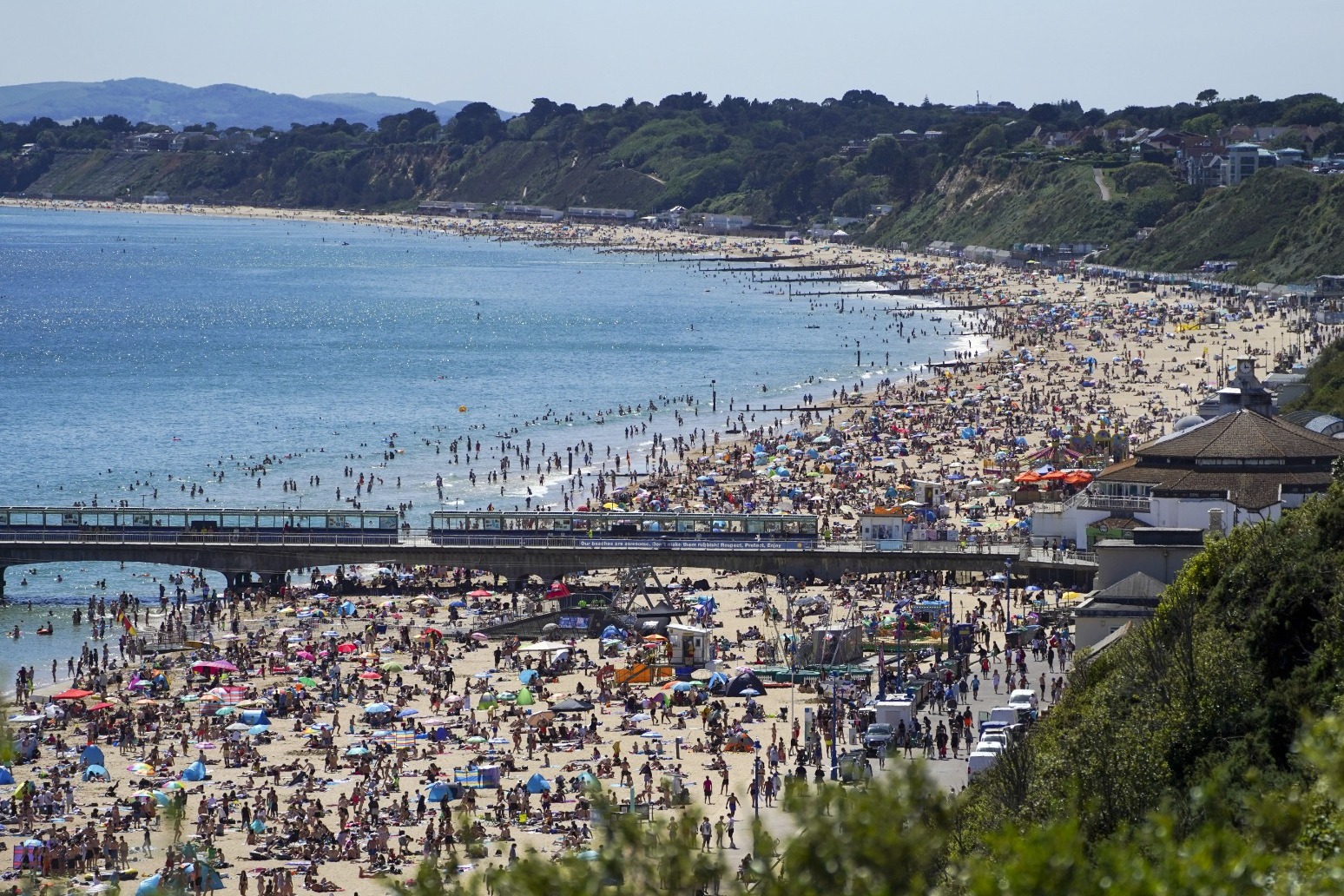 Tuesday and Wednesday will be warm, but things are set to change from Thursday

Britons have two more days to enjoy the scorching weather until much of the UK is ravaged by thunderstorms.

Monday marked the hottest day of the year so far, with temperatures soaring to 29.7C in Teddington, Middlesex, and Met Office meteorologists have said Wednesday could be even warmer in the south.

Tuesday is due to be cloudy but still warm with south-east England likely to see the highest temperatures of 24C to 25C, before the mercury soars again the next day.

On Wednesday, Met Office forecaster Steven Keates said there will be a “big temperature contrast” in areas north of Yorkshire compared with much of the county and areas further south.

Temperatures of up to 30C are predicted in London, 24C in Cardiff and 18C in Edinburgh, due to a warm front covering the southern half of the nation.

Mr Keates said: “It looks like the full force of the heat is going to come back on Wednesday for southern and central England, Northern Ireland and Wales.

“There’s a chance that Wednesday could become the hottest day of the year.

“But there’s a big temperature contrast across the North West versus the South East.”

Mr Keates added the sweltering start to the week will be followed by “three potential rounds of thunderstorms” moving from Europe on Wednesday night, and again on Friday and Sunday.

The Met Office has issued yellow weather warnings for the storms which could cause flooding and power cuts from 6pm on Wednesday until 6am on Friday.

Warnings cover areas south of Newcastle with the exception of the western edge of England and Wales, and Northern Ireland.