Three Lions to be performed ahead of EURO 2020 Final 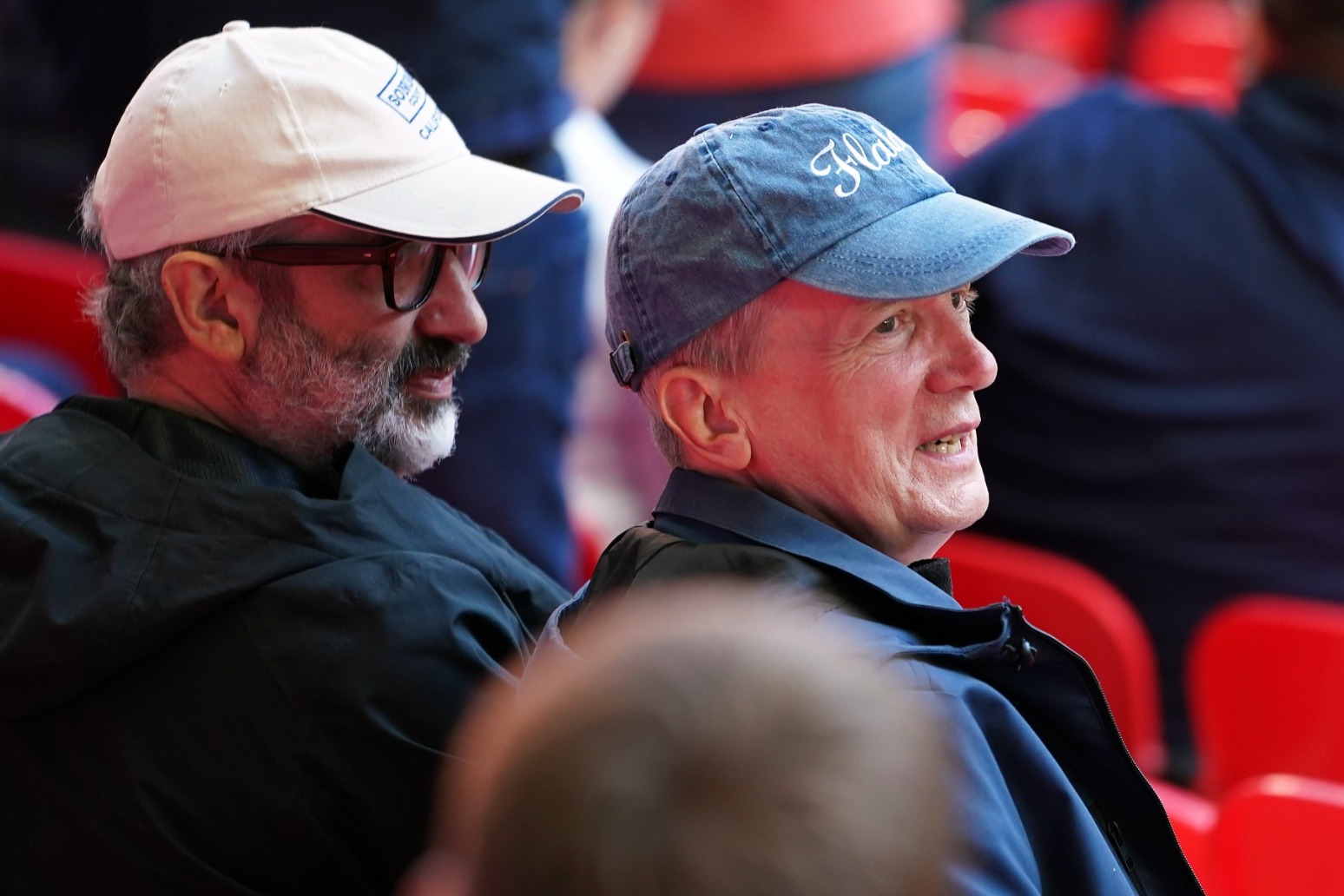 David Baddiel and Frank Skinner will reunite with The Lightning Seeds to perform football anthem Three Lions for England fans ahead of the clash with Italy.

The band will perform a 30-minute set at London’s 229 music venue before they are joined by the two comedians for a rendition of their 1996 hit.

The show is in support of The National Lottery’s Revive Live Tour, which will run throughout the summer and will see artists including Olivia Dean, Twin Atlantic, The Magic Gang and The Futureheads perform at hundreds of grassroots music venues throughout the country.

Entry to the gig, which will have Covid measures in place, will be by ticket only, with 200 available to be bought for £10 from 9am on Sunday on a first-come first-served basis from DICE via www.229.london.

Doors will open at 12pm before the show at 1pm.

Baddiel said: “As a performer whose own stand-up tour has been furloughed since March 2020, I can’t wait to get onstage again. And doing Three Lions on the day England are in the final isn’t a bad way to restart.”

Skinner added: “Football’s coming home and live music is going out again. It’s a brilliant double whammy and I guess a live Three Lions sums it up. Great times!”

Revive Live is a partnership with the Music Venue Trust which aims to help facilitate the return of live music to grassroots venues this summer.

The National Lottery is contributing £1 million to directly underwrite the touring and production costs of more than 300 live performances this summer so the grassroots live music industry can start promoting shows again in the knowledge that the upfront costs associated with touring are covered.

The Lightning Seeds frontman Ian Broudie said: “We are delighted to be supporting a campaign that is backing so many small music venues up and down the country.

“It’s in venues like 229 that bands hone their craft and learn how to entertain an audience.

“It’s great to be back out playing in front of live audiences and brilliant to be back on a stage with Frank and David in the biggest day for English football since 1966.”