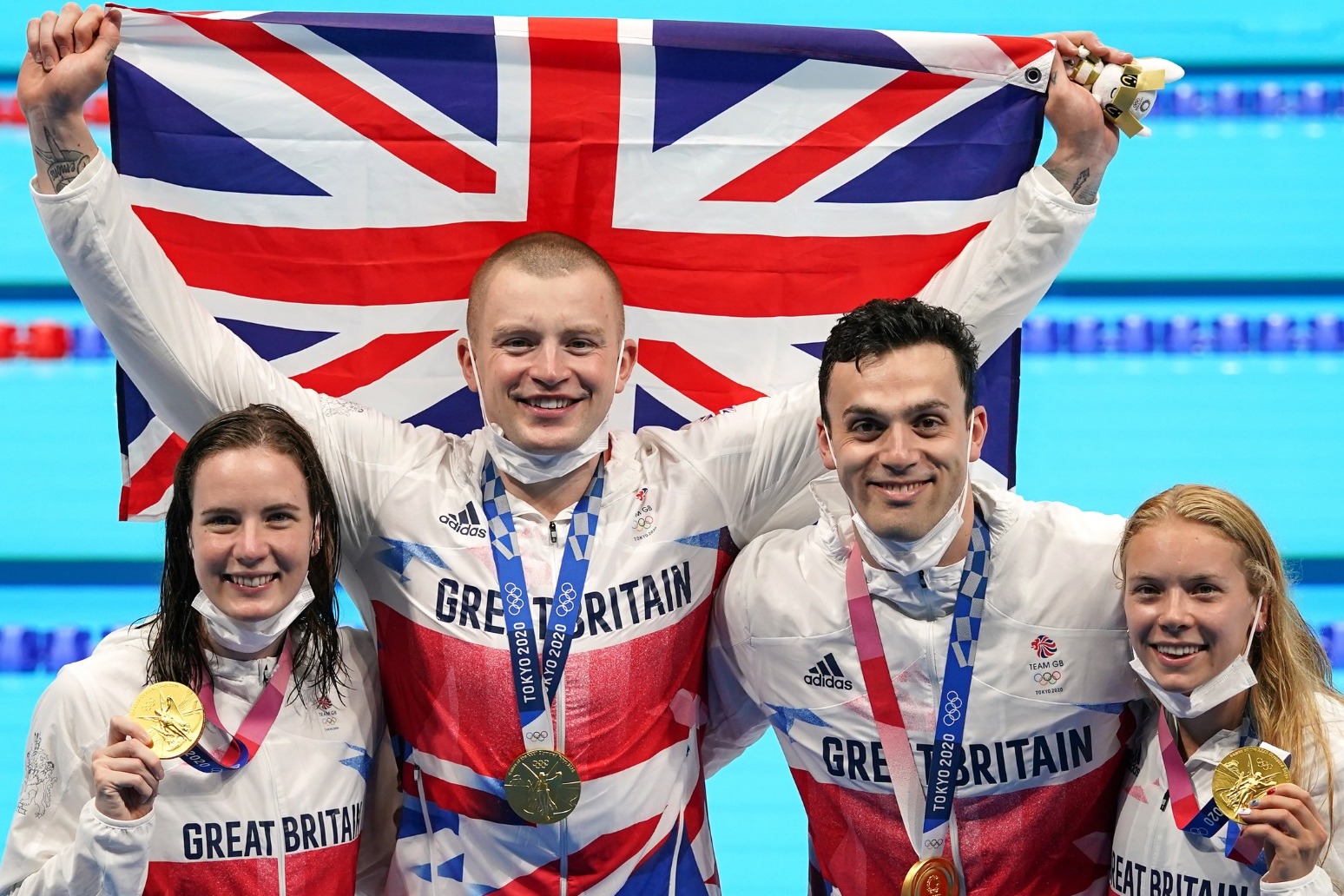 Adam Peaty’s partner said she was in tears after watching the British quartet win gold in the 4x100m medley relay.

It was Peaty’s second gold, having won the 100m breaststroke earlier in the week, while the country has seven medals at the Aquatics Centre.

Eirianedd Munro posted footage of the British celebrations onto her Instagram story with the caption: “I’m in tears! What an incredible race. So proud!!!”

“I don’t know these lovely women, but I do know and love Jimmy and Adam so much!!! I am so proud of you all!”

Other members of Peaty’s family congratulated the swimmers who came home in 3:37.58, more than a second ahead of the field.

Earlier in the week Andy Guy, brother of James, spoke of his pride at the “best team swimmer ever” after James dropped his 100m butterfly to concentrate on the mixed medley relay.

After the race, he posted: “We did it Olympic gold medal & world record !! What a team ..”

It was the second team medal for Great Britain in the early hours of Saturday after Jess Learmonth, Jonny Brownlee, Georgia Taylor-Brown and Alex Yee helped Team GB to first place in the mixed triathlon relay.

For Brownlee, it was the only colour of medal missing from his collection having won silver and bronze in the triathlon at the last two Games.

Darryl Taylor, father of Taylor-Brown and a former middle-distance runner for England, posted a picture on Instagram of the team welcoming Yee over the line captioned “What a race by team GB”.

The win means GB finished top of the medal table for the triathlon, with their gold in the team and two silvers in the men’s and women’s races for Yee and Taylor-Brown respectively.

Speaking after the race, Brownlee told the BBC: “The Olympics, I’ve completed it!

“It’s my third Olympics and I finally walk away with gold.”

Alistair Brownlee, brother of Jonny, won golds at the London and Rio Games in the triathlon and posted a picture of the quartet with their medals to his Instagram story.