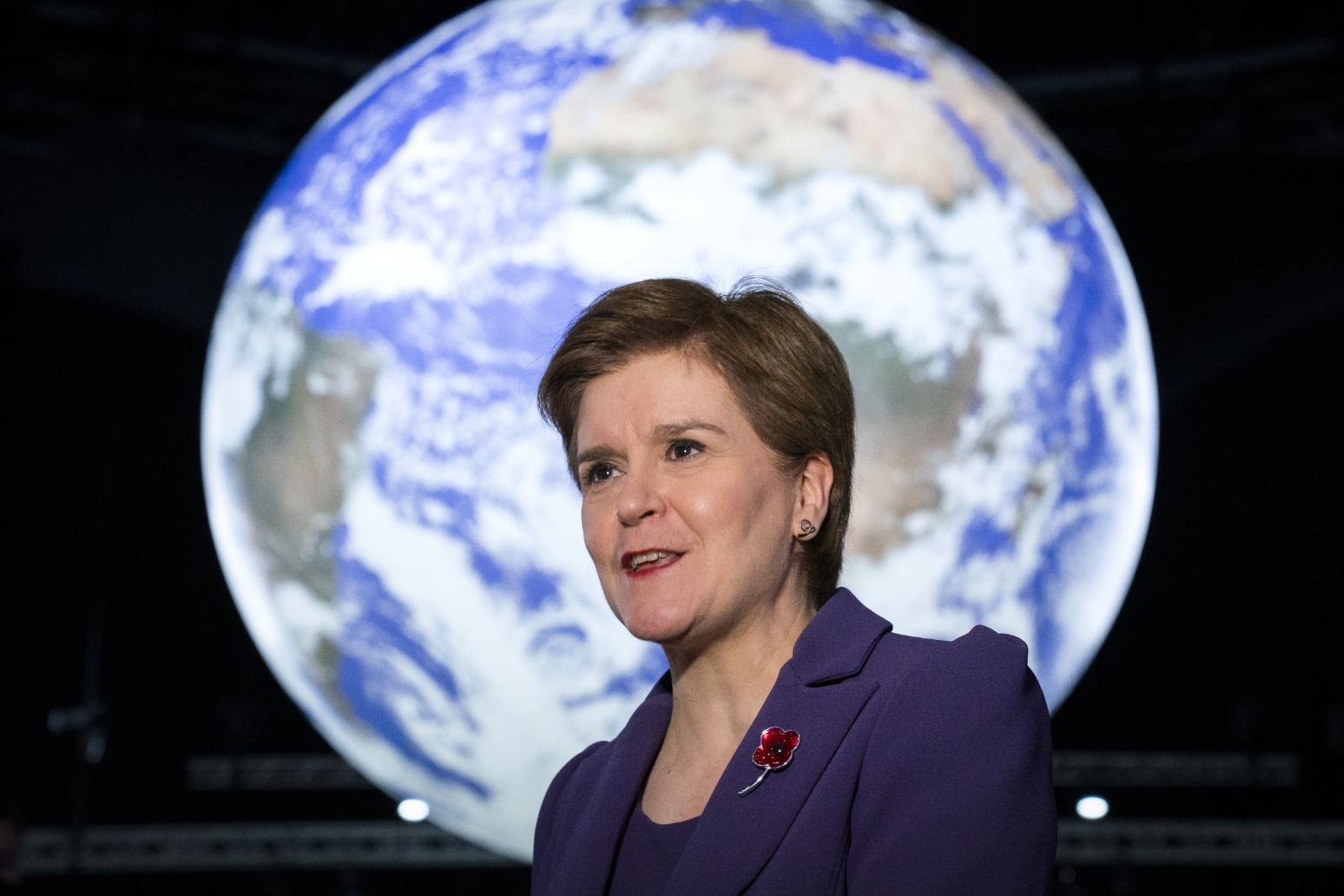 Nicola Sturgeon has called on the Prime Minister to return to Cop26 to help push the world on to a path “where we avoid climate catastrophe”.

As the UN climate talks in Glasgow enter their final scheduled day, Scotland’s First Minister said Boris Johnson should use his position to “really drive progress and push people as far as we can get them”.

Talks went on through the night and a new draft deal was produced on Friday morning, however discussions look set to overrun from their scheduled finish time of 6pm.

Ms Sturgeon has urged Mr Johnson to return to the talks once again following a brief visit on Wednesday, during which he urged leaders not to sit on their hands as the world asks them to act.

She told BBC Breakfast: “My message to the Prime Minister is come back here. Use your position as president of this Cop to really drive progress and push people as far as we can get them.

“Because every inch forward that this text takes is of course another inch towards getting the world on to a path where we avoid climate catastrophe, and nothing, literally nothing, is more important than that.

Ms Sturgeon said the new draft deal is “slightly better” but it “still has way to go”.

She added: “On the upside, there’s a clear recognition that 1.5C is the goal in terms of limiting global warming. There seems to be movement on adaptation finance, there is wording on loss and damage.

“On the downside, still not a delivery of the 100 billion dollars financial commitment (from developed nations to vulnerable countries), the expression of regret and disappointment – but the people who are expressing regret are the people who can deliver it. So hopefully we’ll see that change.

“And still the fact that, although there is a recognition that 1.5C is the goal, we are way off track to actually meet that, we’re still on a track for a world of 2.4C global warming. For many parts of the world that is a death sentence.”

She later tweeted: “There’s still time in the final hours of #COP26 to make the outcome better and give us a chance of limiting global warming to 1.5 degrees – which for many across the world is the difference between survival and extinction. Let’s see the political will and determination to deliver.”

Meanwhile she told Sky News she would not bet on Friday being the last day of the summit.

She said: “I certainly hope that finishing at 6pm tonight, which is the plan, would be possible.

“Equally, I would not be surprised to know that it was going into tomorrow. That’s not unusual at Cop, so nobody should read anything particular into that if it does happen.”