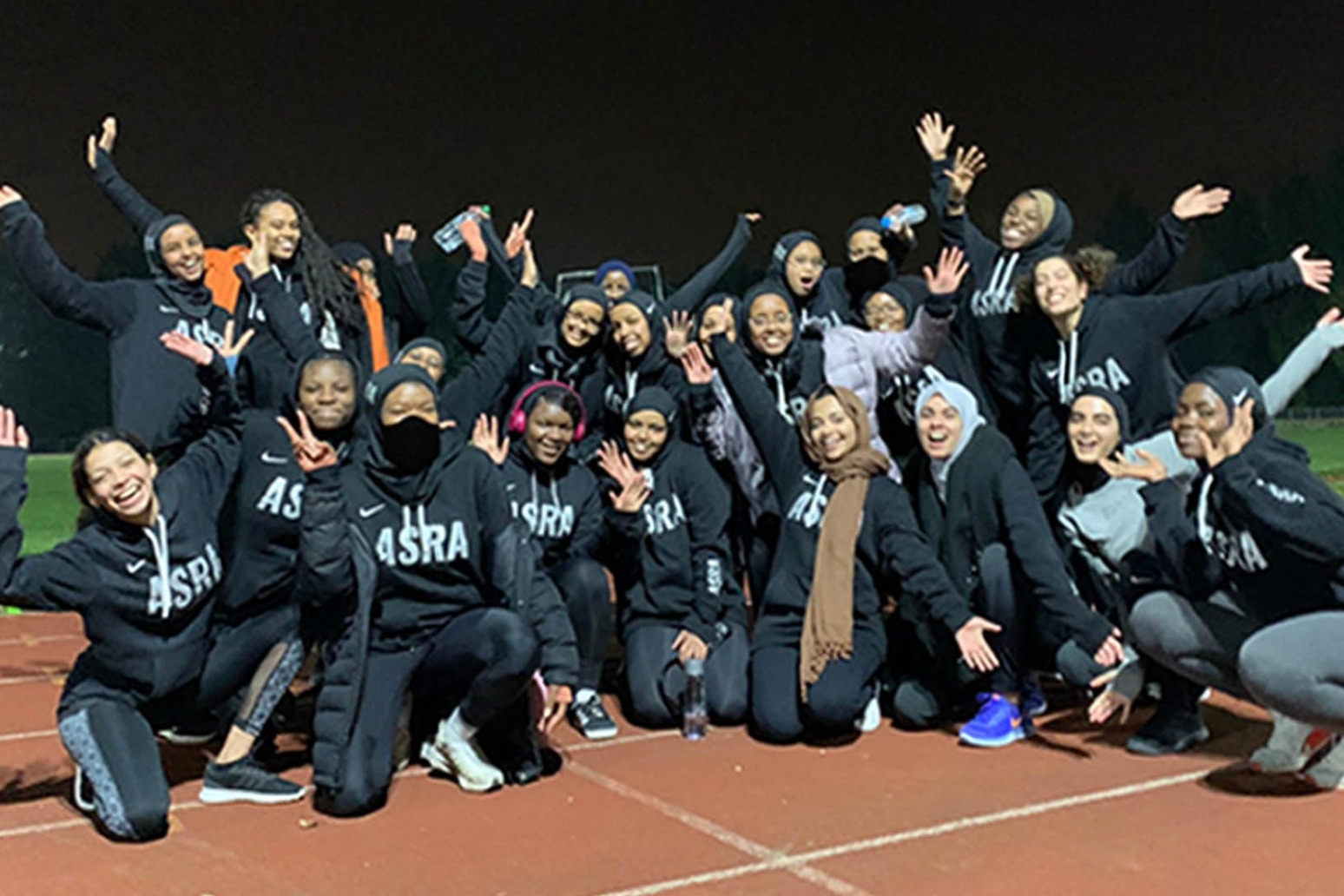 A 21-year-old has set up a club so other Muslim women could feel safe and comfortable when exercising.

A 21-year-old who set up a club so other Muslim women could feel safe and comfortable when exercising said she is proud to have inspired a group to take part in the Vitality Big Half later this month.

Sahra-Isha Muhammad-Jones set up the ASRA running club after feeling uncomfortable running outside.

She told the PA news agency: “When I was 18, I had just finished my A-levels and decided I wanted to get back into running because I used to do it when I was younger. However, by that time I started wearing the hijab.

“And I didn’t really feel comfortable running outside, just as a young woman in general.”

Ms Muhammad-Jones tried to find running clubs that she felt comfortable enough to be part of, but could not find one where she felt like she “fit in”.

The idea to start her own running club came after she sought support from other Muslim women on social media who felt similarly.

It was important to Ms Muhammad-Jones to listen to their voices when setting up ASRA, she said, adding: “I wanted to make sure that whatever I was going to create actually represented what they wanted and basically make it a space for us, by us.

“The first thing that I did was book in a track that was exclusively for us. I’d have the key, I’d made sure that it would be locked when you start the sessions and we’d all go home together after.

“Having that space for us to just run without having to answer why we’re there is important. It’s not some revolutionary thing – we’re just running and we’re all there with the same cause and same interest.”

The club provides a space for Muslim women to feel safe without needing to run on public roads and allows them to take off their hijabs should they wish to during exercise. The group also hosts panel discussions on mental health and overall wellbeing.

Ms Muhammad-Jones said she wanted to create a space “for women who don’t want to run with men” and to create an environment where women can feel “comfortable in what they’re wearing” and not “worry about any one other thing than running”.

She added: “In schools, for me growing up, I was never really pushed to engage in PE. While that can create an element of insecurity, we want to make ASRA a space where you don’t have to worry about that.

“It’s not about how you look. We want to tell young girls that you don’t have to be a certain way to engage in sports or that sport isn’t for you.”

Some members plan to participate in the 13.1 mile Vitality Big Half in London on Sunday August 22 and, while Ms Muhammad-Jones is unable to take part herself as she has been concentrating on her university dissertation, she said she is proud of the group who have been dubbed “the half marathon ASRA crew”.

ASRA runner Fatima Mohamed, 27, will take part and is helping to prepare other members for the race.

She told PA she is “really excited” to get back into racing but added the most rewarding part of being in the club has been being able to “support people over the past couple of months”.

She said: “Most of the runners haven’t run a half marathon before, so it’s going to be momentous for them. We’re looking forward to the environment, the atmosphere, the cheers and even the crowds.”

The upcoming run is also of personal importance to Ms Mohamed, who had an entry for the cancelled 2020 London Marathon, and had to take part virtually.

She has been a part of ASRA since it began in 2019 and has found it to be a place of “comfort” and “connection”.

Ms Mohamed said that while street running is something a lot of women, not only those who are Muslim, struggle with, ASRA has helped running to “feel safer” for many.

She added: “ASRA has created a community where there is this connection you feel even though you’ve never met this person before. There is a comfort there already because of the safe space that’s grown from this.”

ASRA was set up in Wimbledon in September 2019 with some 40 members and is now a community of more than 70 women with bases in south, east and west London.

Ms Muhammad-Jones told PA: “I think for me, it’s been really beautiful to keep growing and also just see the women who have come through the space and made friends and started their running journey, or who loved running before and then finally found a space.

“I’ve also made my closest friends through the club and I have been so inspired by so many women who have come through to the running sessions.”