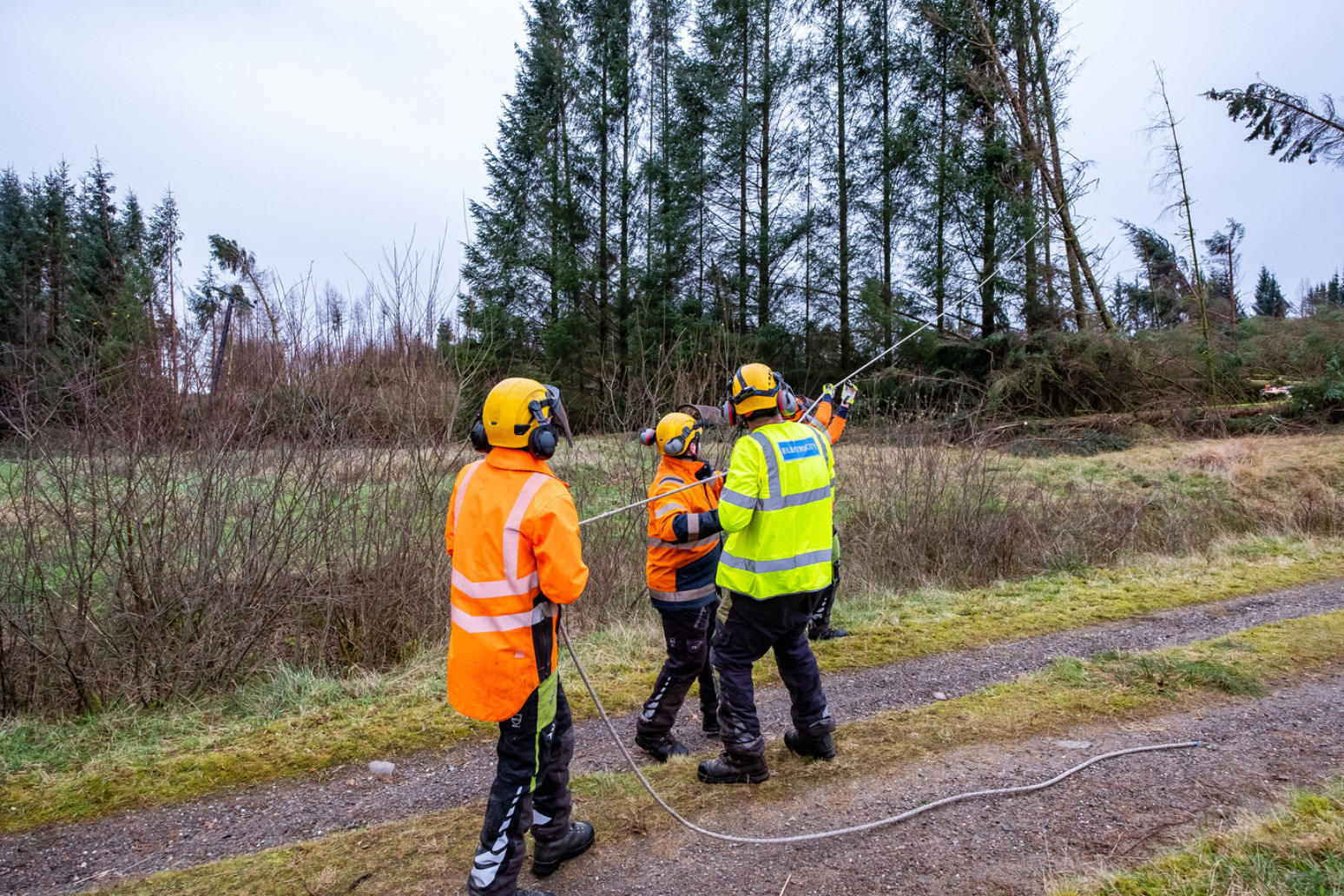 97 per cent of homes that lost supply have been reconnected

It will be at least the end of the week – seven days after the devastating storm – before electricity is restored to some, the Energy Networks Association (ENA) has warned.

Engineers have reconnected 97% of homes affected by the power cuts, with the majority of those still affected living in remote locations where access for crews is difficult, the ENA said.

Overnight, power was restored to a further 12,000 homes, the organisation said, and it has been working at 4,500 damage sites.

“Ninety-seven percent of homes have been reconnected so far.

“While this number is increasing all the time, the remaining 30,000 homes are in some of the worst-hit and often remote areas of the country.”

Welfare centres and hot food have been provided, with the energy network companies working in partnership with local resilience forums, emergency services, local authorities and the British Red Cross.

Some homes – mainly single, rural houses or groups of houses – will not be reconnected until at least the end of the week.

Engineers from across the UK have been sent to the worst-affected areas.

Energy Secretary Kwasi Kwarteng will make a statement on the situation in the Commons on Wednesday afternoon.

The leader of Cumbria County Council, Stewart Young, urged local MPs to put pressure on the Government to do more.

He said: “We are grateful to all engineers and staff working for Electricity North West who are working hard to repair significant damage across the network.

“Despite their efforts and working around the clock, thousands of homes and businesses have now been without electricity for six days.

“People are struggling to keep warm and this ongoing power outage is putting lives at risk.”

He said: “The impact of Storm Arwen has caused catastrophic damage to the electricity network across the north-east of Scotland and is the most significant event we have ever had to deal with in the area in a generation.”