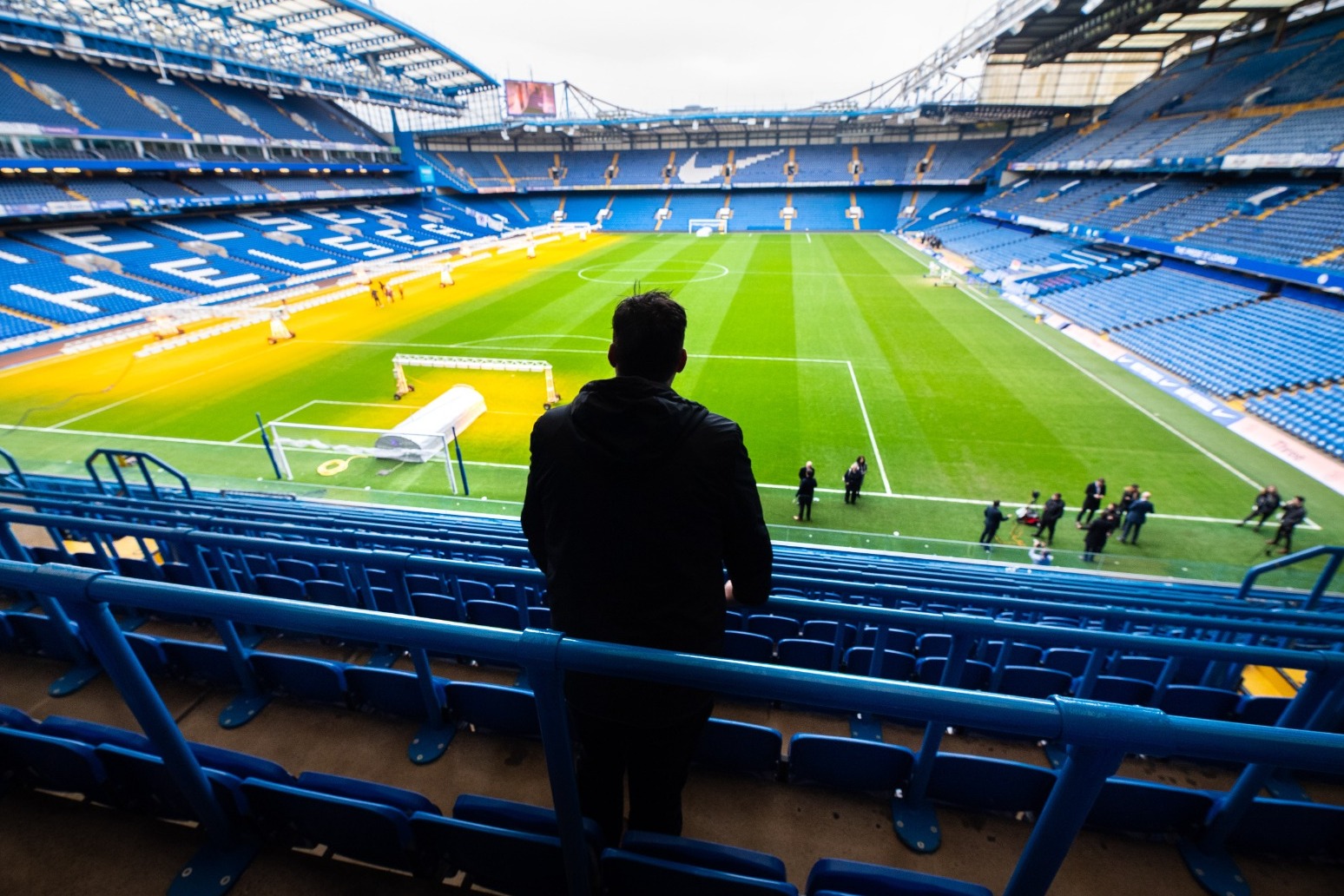 Chelsea’s Premier League match against Liverpool at Stamford Bridge on Sunday will mark the end of a blanket ban on standing in the top two tiers of English football which has been in place for more than 25 years, with those clubs having been required to provide all-seated accommodation since August 1994 in the wake of the 1989 Hillsborough disaster.

Manchester United, Manchester City, Tottenham and Cardiff are the other clubs taking part in the pilot, which marks the fulfilment of a Conservative manifesto pledge for the 2019 General Election.

However, the decision not to lock seats in the upright position – as is the case in Europe and Scotland – has been criticised by safe-standing campaigner Jon Darch.

He says the seats could be used as steps to climb onto the barriers, impede supporters trying to get out of the safe standing areas quickly and easily in an emergency and potentially obstruct paramedics trying to enter such areas to offer urgent medical assistance.

Huddleston, who visited the safe-standing area at Stamford Bridge in December, said: “Different countries adopt different practices in terms of safe standing, but we think it’s really important that people have the opportunity to be able to sit down if they want to.

“Not everybody will be able, or want, to stand for the duration of the whole game. Maybe they will want to sit down at half-time as well, for example, but they still want broadly that standing experience.

“We believe that this is the right, balanced approach.”

The pilot has cross-party political support, and has also been welcomed by the Football Supporters’ Association, which has campaigned for the reintroduction of standing areas for more than three decades.

The pilot will be monitored by the independent firm CFE Research, and its findings will be provided to the Government for it to make a decision on a possible wider roll-out of safe standing for next season.

Huddleston added: “This is a really special moment for football.

“It’s the evolution of football. What we’re not doing is going back to the old days of terraces – this is very, very different.

“Everybody has a seat, and there are bars in front and behind them, and that’s really good because that will stop any surges going backwards or forwards, particularly in those heightened moments when there’s a goal or something.

“So this is safe standing – exactly what it says on the tin.”

Huddleston said fan behaviour will be closely monitored as part of the pilot, with the UK’s football policing lead, Chief Constable Mark Roberts of Cheshire Police, saying there had been a “headlong rush” to introduce safe standing.

Roberts also expressed concerns around overcrowding in the areas and told The Times in November: “You will potentially get a more male-dominated crowd, fewer children and older people. That’s going to drive more exclusionary behaviour in terms of the language and behaviour.”