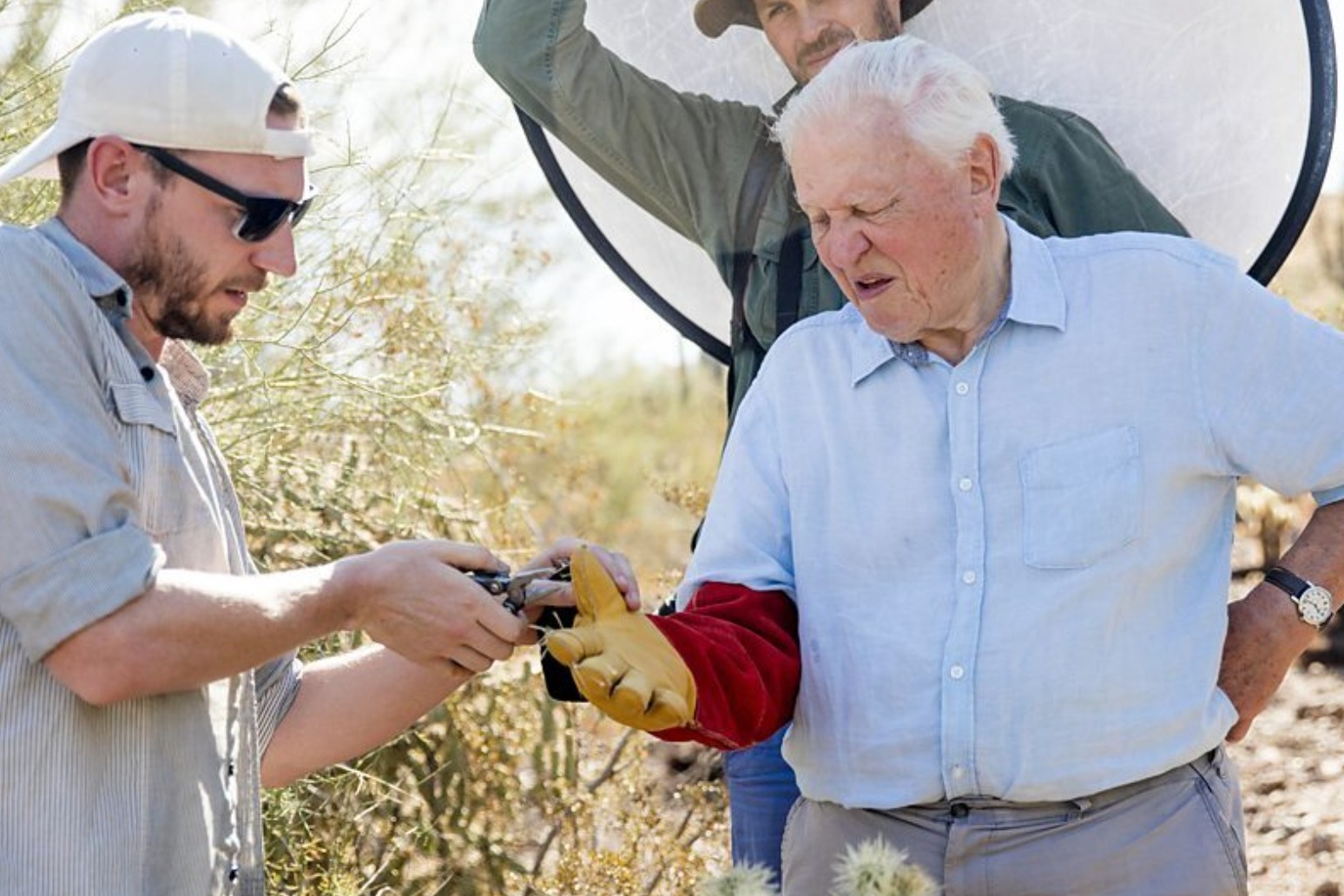 Sir David Attenborough was spiked by the “vicious spines” of a cactus while filming an episode for his latest documentary series The Green Planet.

The veteran broadcaster can be seen plunging his hand into a teddy bear cholla cactus and, despite wearing a layered protective glove, he gets a nasty jab from one of the spines piercing through.

The 95-year-old experienced the prickly encounter while filming in the Sonoran desert in Arizona for the series’ episode which explores deserts around the world.

The show describes the teddy bear cholla as having the “ultimate protection” as it has a “fuzzy coating of vicious spines” to warn off predators.

Its spines also have backwards-facing barbs which can easily penetrate the skin, meaning animals avoid it.

Speaking about the plant during the Desert Worlds episode, Sir David said: “The cholla is a real physical danger.

“If you walked into a cholla cactus, it has very dense spines in rosettes, so they point in all directions.

“And if you just brush against it, the spines are like spicules of glass, I mean they are that sharp.”

The naturalist explained it is very difficult to get the spines out, and he was speaking from experience as he had faced the task for himself while filming the episode.

A video clip from the encounter sees Sir David putting on a large protective glove before approaching the plant and noting that he “wouldn’t dream” of putting his hand anywhere near it without proper protection.

The broadcaster then plunges his hand into the cholla cactus and he exclaims out in pain as the buds latch onto the glove.

He explained that, despite his precaution, one of the spines had pierced through and spiked him in his hand, saying: “It’s quite painful. This is not pleasant at all.”

Sir David added: “The cholla is an active aggressor, really. You feel you are having a bad time, you better watch out.”

The episode also showcases how one animal, the packrat, is able to climb the cholla, pick up the joints and drag them off to defend its nest.