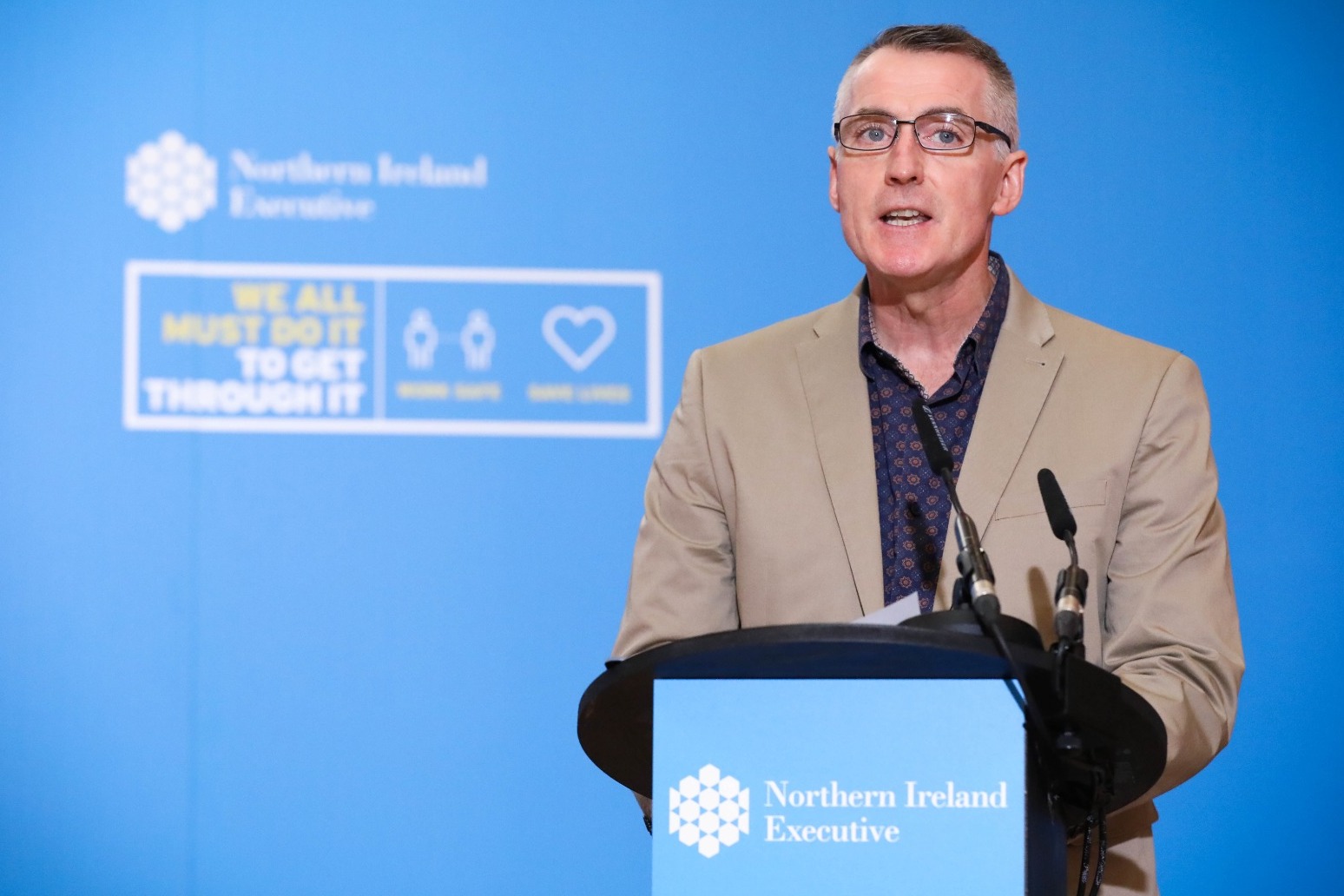 The UK Government must end its prevarication on the Northern Ireland Protocol and get on with implementing it, Sinn Fein has said.

The party’s national chairman and Stormont junior minister Declan Kearney insisted the majority of people in the region were in favouring of the “pragmatic implementation” of the Irish Sea trade arrangements.

Mr Kearney was commenting ahead of the appearance of European Commission vice president Maros Sefcovic before the Assembly’s Executive Office committee on Monday to face questions on the Protocol controversy.

“We have been told repeatedly by farmers, manufacturers, retailers and traders that they need the protections provided by the Protocol, and that they want to see it implemented smoothly and in full to provide them with the stability they want,” he said.

“This will establish a strategic platform from which to have ongoing access to the Single European Market.

“That will be the perspective Sinn Fein intends to share with Maros Sefcovic at the committee.”

Mr Kearney added: “The DUP does not speak for the north on Brexit and the Protocol. The hard Brexit sought by the DUP has made the Protocol essential, and there is no credible alternative to it, which can provide the certainty and stability needed by our business community and others.

“Both the European Commission and the US administration fully understand that reality. So it’s long past time for the British government to accept it, end the continuous prevarication, and get on with implementing the Protocol it actually negotiated.

“Once it does so we can start maximising the special status which the Protocol affords the north, to attract jobs and investment and to mitigate the damage caused by Brexit.”

She claimed EU leaders were using Northern Ireland as a “bargaining chip to punish the United Kingdom”.

“Stability is best secured in Northern Ireland when there is broad support,” she said.

“Yet, not one single unionist MLA is a cheerleader for the Protocol, but Maros Sefcovic still argues that it is the best outcome for Northern Ireland.”

Mrs Dodds told Mr Sefcovic not to “lecture” unionists during his committee appearance.

“He should recognise the flaws and set about working for a solution which respects the economic and constitutional integrity of the United Kingdom,” she said.