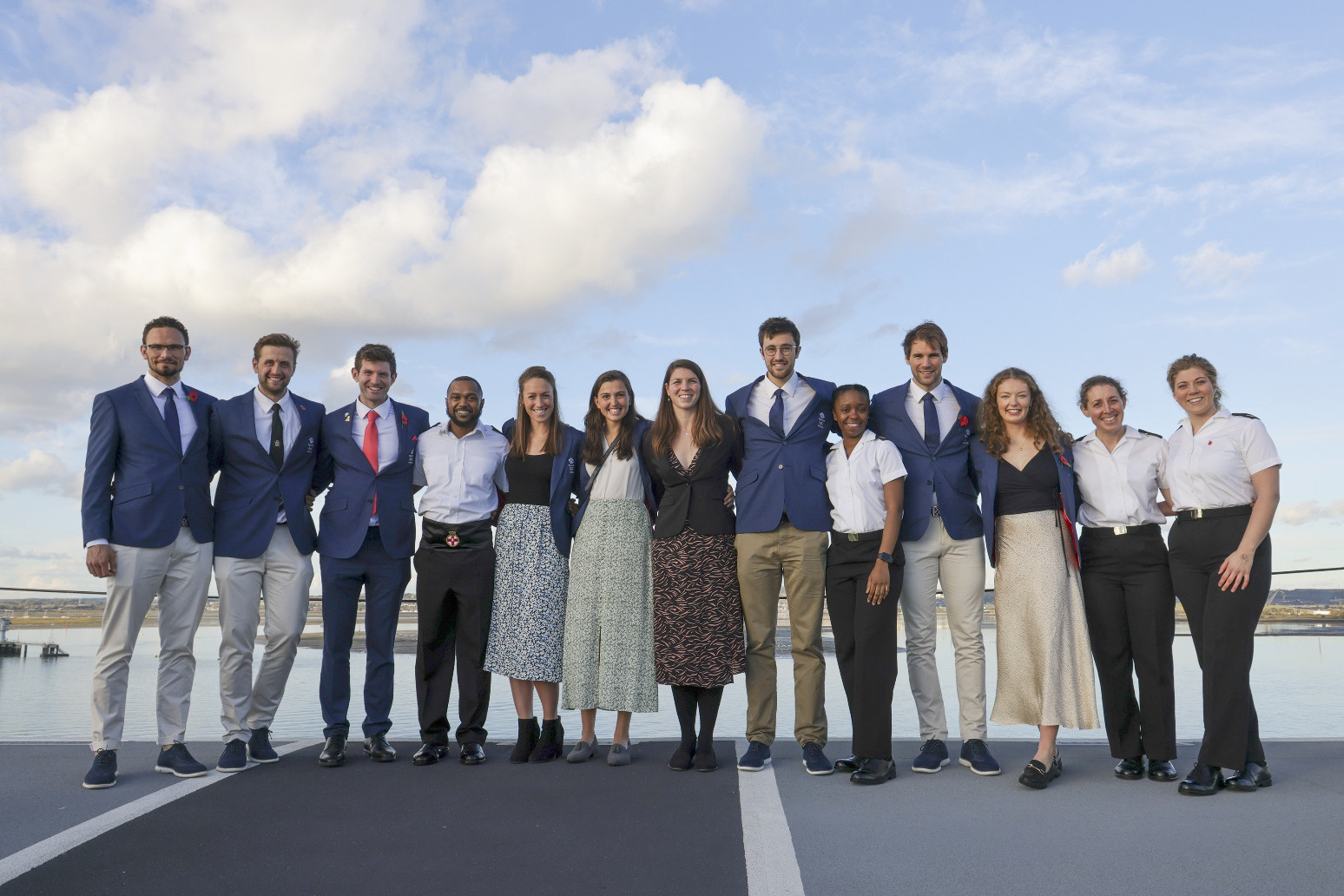 The invited Olympians and Paralympians were welcomed onboard the 65,000-tonne warship at its home base in Portsmouth

The crew of Royal Navy aircraft carrier HMS Prince of Wales have hosted a reception on board to congratulate 30 Team GB athletes after the Tokyo Olympics.

The invited Olympians and Paralympians were welcomed onboard the 65,000-tonne warship at its home base in Portsmouth.

The athletes were from the ship’s affiliated cities of Liverpool and Bristol and other areas with connections to the carrier, including Portsmouth, Wales and Scotland, along with the sailing team.

Steadman said the visit provided a chance to thank the Royal Navy for allowing her to train in HMS Temeraire’s pool in Portsmouth while other local pools were closed because of the pandemic, before she went on to win gold.

She said: “I think I would, in another lifetime, have loved a job in the military – it’s very similar, the protocols and mindset that you have as an elite athlete.

“As an athlete you need to be as efficient as you can be, so driving two hours to do a swimming session was not efficient, so the fact I could get up in the morning and just drive three minutes and get my session done was great.”

Mr Brooks said: “It’s obviously a privilege to be here and with me being just down the road it is a great thing to come in and say hello. The size of the boat is just insane.”

After lunch with the commanding officer, Captain Steve Higham, the athletes were taken on a tour of the ship which included meeting some of the Navy’s elite athletes including powerlifter Petty Officer Wes McGuinness, ranked seventh in the world in his category.

Mr Fachie said: “We have teammates who have served, it’s one of the interesting sides to the Paralympics that you get those who have been wounded and some of them have gone on to great things.

“And we have friends who have served in the Navy and it was nice to tell them we were coming down here today, they were very jealous.”