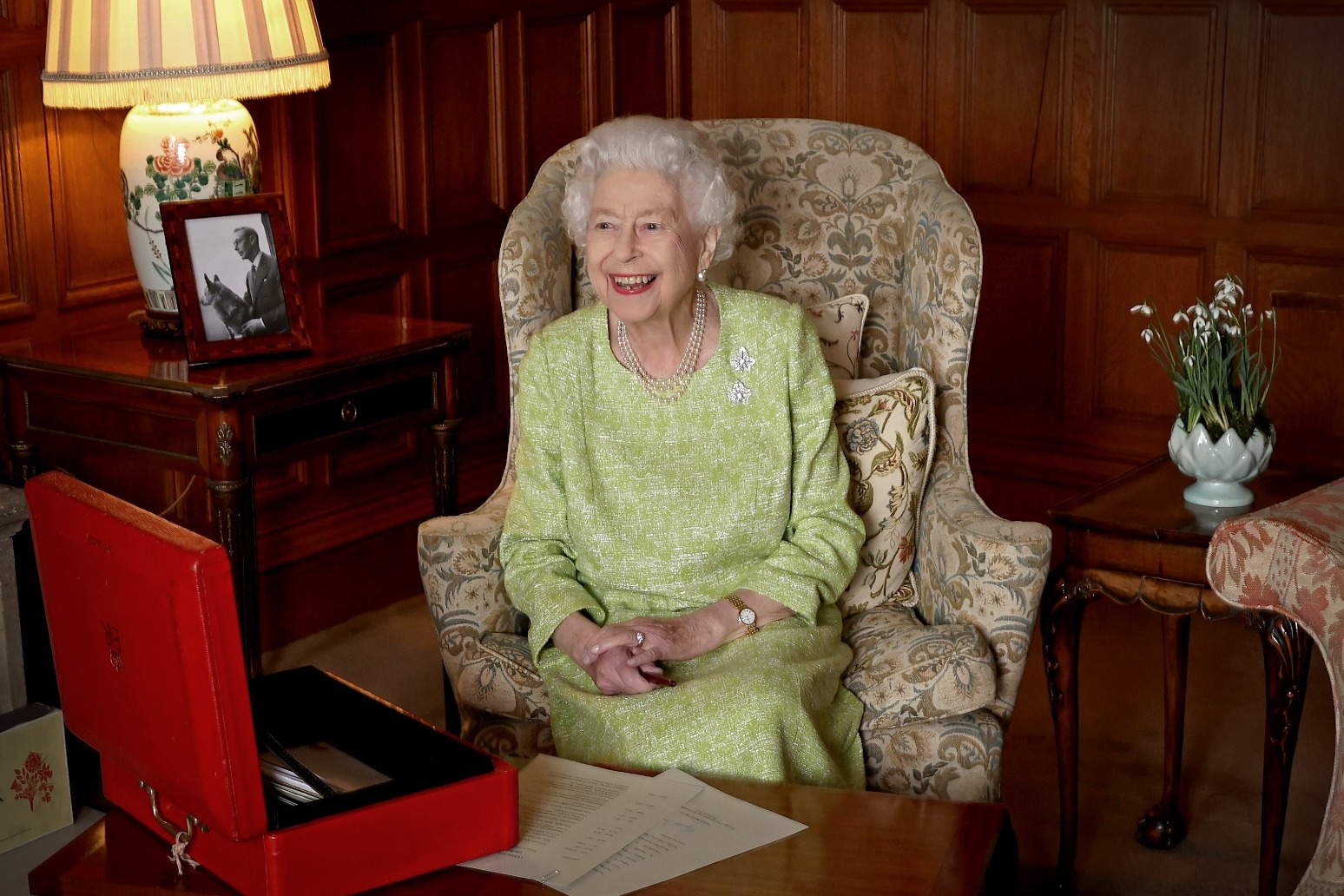 The Queen has been photographed working from her red boxes in an image released on the day she passes the historic milestone of 70 years on the throne.

The smiling 95-year-old monarch is pictured with her papers of state on a table in front of her and poignantly nearby is an image of her father King George VI.

Seventy years ago on February 6 the king died and his daughter, aged just 25, became Queen of a nation still recovering from the upheavals of the Second World War.

In a message released to mark her Platinum Jubilee the Queen said: “It is a day that, even after 70 years, I still remember as much for the death of my father, King George VI, as for the start of my reign.

“As we mark this anniversary, it gives me pleasure to renew to you the pledge I gave in 1947 that my life will always be devoted to your service.”

In a hugely significant intervention shaping the future of the monarchy, the Queen also expressed her “sincere wish” that Camilla will be known as Queen Consort when the Prince of Wales becomes King.

The new photograph shows the Queen working from papers delivered to her in the famous red box – which can been seen in the image.

Every day of every year, wherever she is, the Queen receives from Government ministers and her representatives in the Commonwealth and foreign countries, information in the form of policy papers, Cabinet documents, Foreign Office telegrams, a daily summary of events in Parliament, letters and other State papers.

These are sent to her by the private secretaries in the red boxes also used by Government ministers to carry confidential documents.

All of the papers have to be read and, where necessary, approved and signed.

The photograph was taken on Wednesday during the Queen’s stay at her Sandringham estate where in past years she has traditionally spent Accession Day.