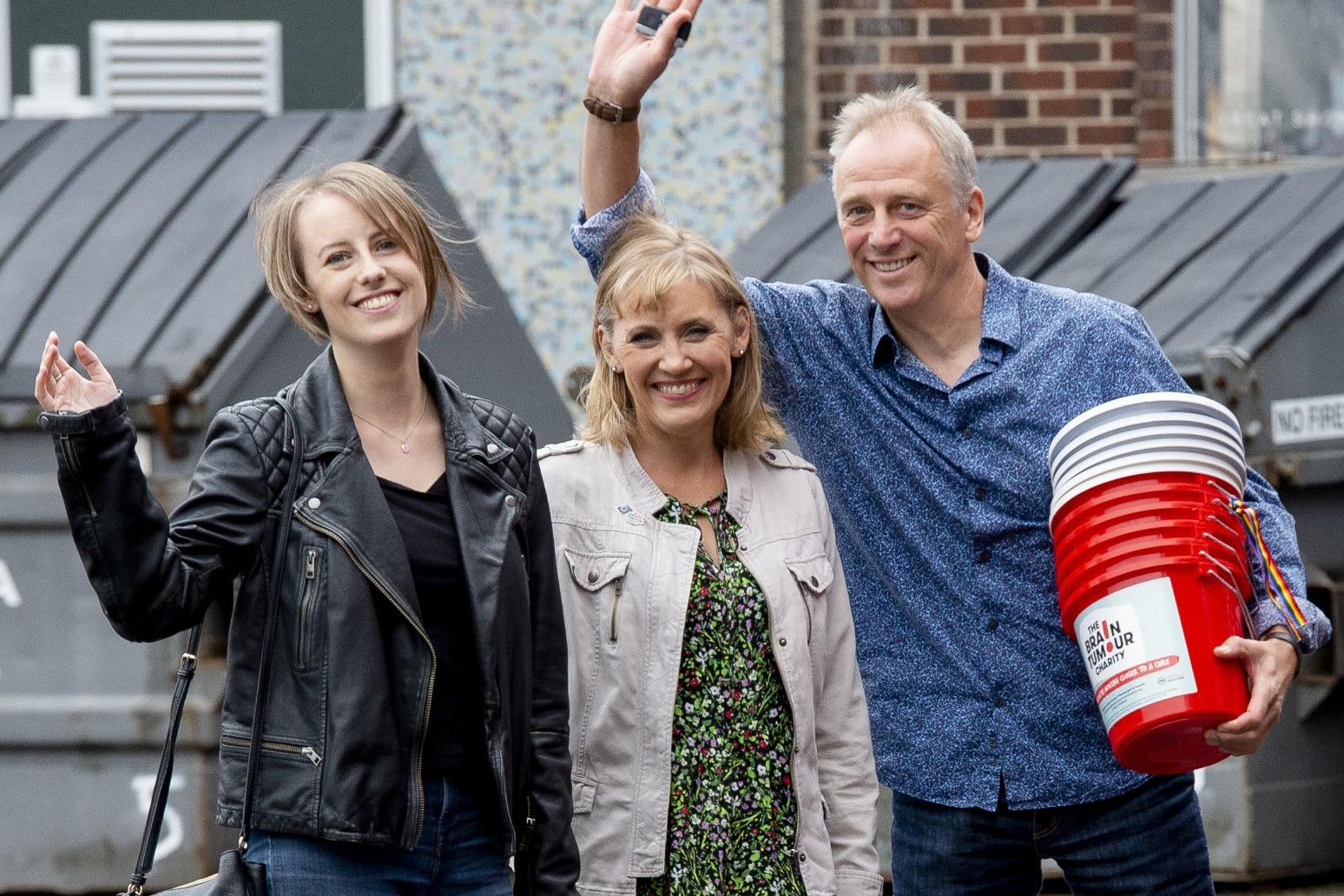 The mother of a cancer patient who led Peter Kay to return to the stage has said the gigs were “brilliant”, but their fight against the disease will now continue.

The comedian performed two sold-out sets at Manchester’s O2 Apollo on Saturday to raise money for Laura Nuttall, 21, who has an aggressive type of brain cancer called glioblastoma multiforme.

The student, from Barrowford near Nelson in Lancashire, was given 12-18 months to live when she was diagnosed aged 18 but has received immunotherapy treatment in Germany thanks to fundraising.

Her mother Nicola said after the “amazing day” on Saturday, the family discovered a friend of Miss Nuttall’s with the same diagnosis had died.

She told the PA news agency: “It has really brought home to us that this has all been great but at the end of the day this is still a terminal diagnosis.

“It has been a really happy weekend and this has just come round and smacked us on the back of the head.”

Kay returned to the stage after a break from the public eye. Delighted audiences gave him a standing ovation as his matinee set began.

Mrs Nuttall said: “It was so nice to be with all those laughing people having a good time.

“Laura was looking so well and she really enjoyed it. The whole thing was brilliant for all of us as a family.”

Speaking to BBC Breakfast, Miss Nuttall said: “He can make anything funny, he’s just got that natural talent. It’s amazing to be around him.”

“When you get told that sort of news when you’re that young you have got to resort to things like positivity and laughter because sometimes that is all you’ve really got.”

The Doing it For Laura gigs were organised in the space of about three weeks after Mrs Nuttall contacted Kay, who she and her husband Mark knew from working at Granada television, and asked if he would do a 10-minute slot at a charity ball.

Instead, he offered to contact the Apollo and see if they had any dates free.

The comedian was introduced on stage by Miss Nuttall’s sister Gracie, 19, who thanked the audience for “potentially saving my sister’s life”.

Her mother said: “Gracie asked right at the beginning to do that, she felt strongly that she wanted to tell people about Laura and her diagnosis and this was a great opportunity.

“They have never been closer as sisters.

“Laura was so pleased that Gracie managed to do it and it was emotional for her.

“Gracie was just absolutely buzzing when she came off stage.”

The total amount raised from the performances has yet to be counted but Mrs Nuttall said about £5,000 was raised just from selling T-shirts on a merchandise stall.

Money for the Brain Tumour Charity was also collected at the venue.

The family say brain tumours kill more children and adults under 40 than any other cancer, but receive less than 3% of the funding given to other cancers.

Mrs Nuttall said: “We are fighting to stop that attitude as much as anything.

“There are other things you can do but they’re not necessarily available on the NHS.

“We want to change that for everybody so they can have the same access to treatments.”