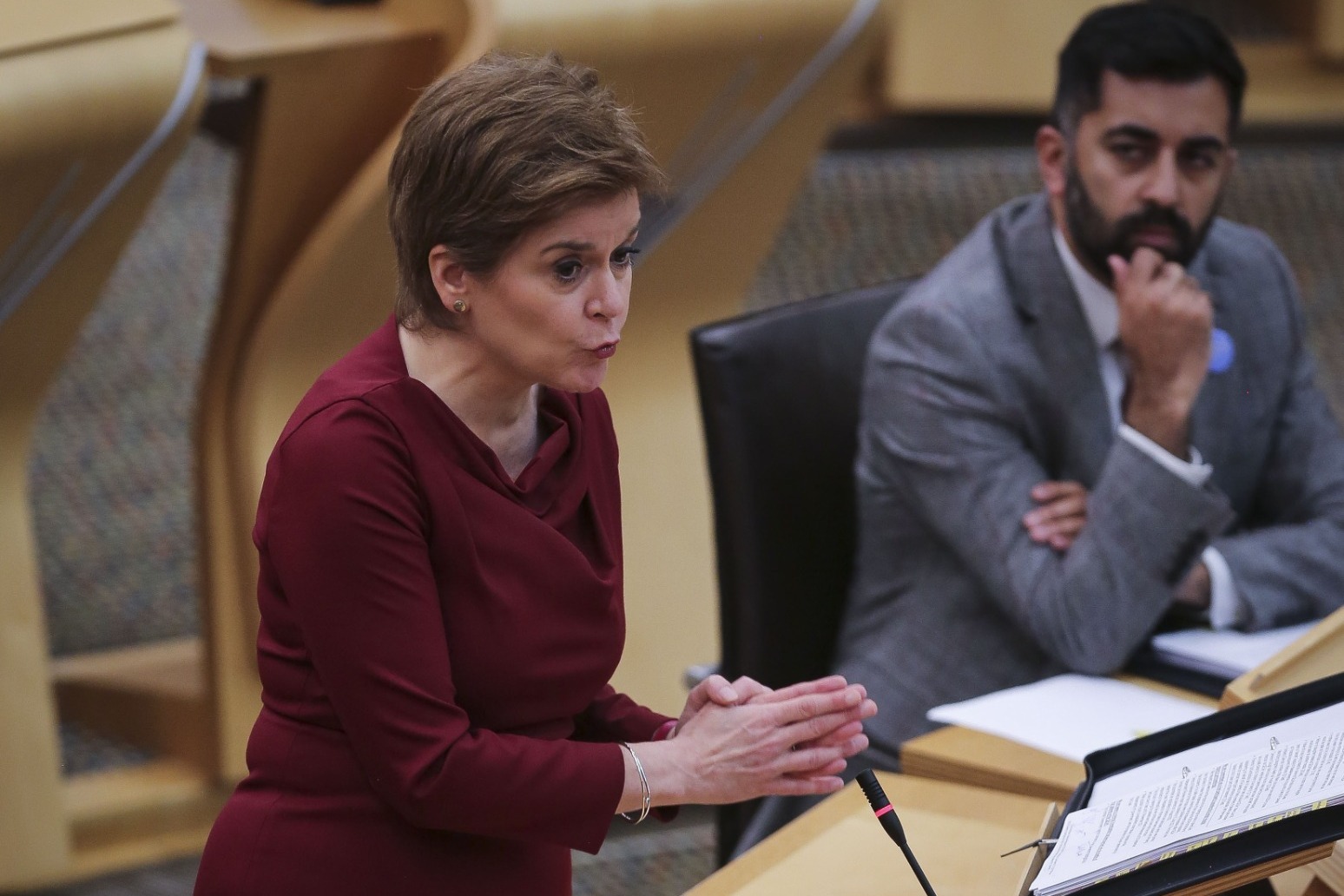 Scotland’s First Minister Nicola Sturgeon will call on world leaders to take “credible actions” to achieve net zero in a speech ahead of the Cop26 UN climate change conference.

She will say that keeping the prospect of limiting global warning to less than 1.5C alive cannot simply be a “face-saving slogan” but must be real.

In a keynote speech to an audience of young people and students in Glasgow, she will call on international leaders to act to limit global temperature increases and deliver a fair financial package for the global south.

More than 120 world leaders will attend the Cop26 summit, which takes place at the Scottish Event Campus (SEC) in Glasgow from October 31 to November 12.

The First Minister will say that Scotland is in a unique position to make the event a success and will act as a “bridge”, creating spaces and dialogues and promoting understanding.

She will say: “We will take seriously the responsibility of all governments, at all levels, to show ambition, and to galvanise action.

“If we do that, we can all contribute towards a successful summit.

“I have said that small countries can lead the way in this, and they can, but in the coming days, it is the countries which emit the most, who most need to step up.

“They need to make ambitious pledges to achieve net zero.

“And those pledges must be backed by credible actions.

“The idea of ‘keeping 1.5 alive’, cannot simply be a face-saving slogan.

“It must be real.

“And there must be progress in Glasgow which makes that outcome more likely.”

The talks in Glasgow have been billed as the last best chance to limit global warming to 1.5C in the long term.

Ms Sturgeon is expected to say that Scotland will do what it can to contribute to a successful outcome at the Glasgow summit.

She will say: “Scotland is in a unique position to help make Cop a success.

“And one of the ways in which we will do that, over the next three weeks, is by acting as a bridge.

“We will use our position, as the venue for Cop, to create spaces and dialogues which encourage empathy, promote understanding and help people share perspectives.

“We will encourage national governments to match the ambition of cities, regions and state governments.

“We will help those around the negotiating table to hear from activists in the developed world and from the global South.”