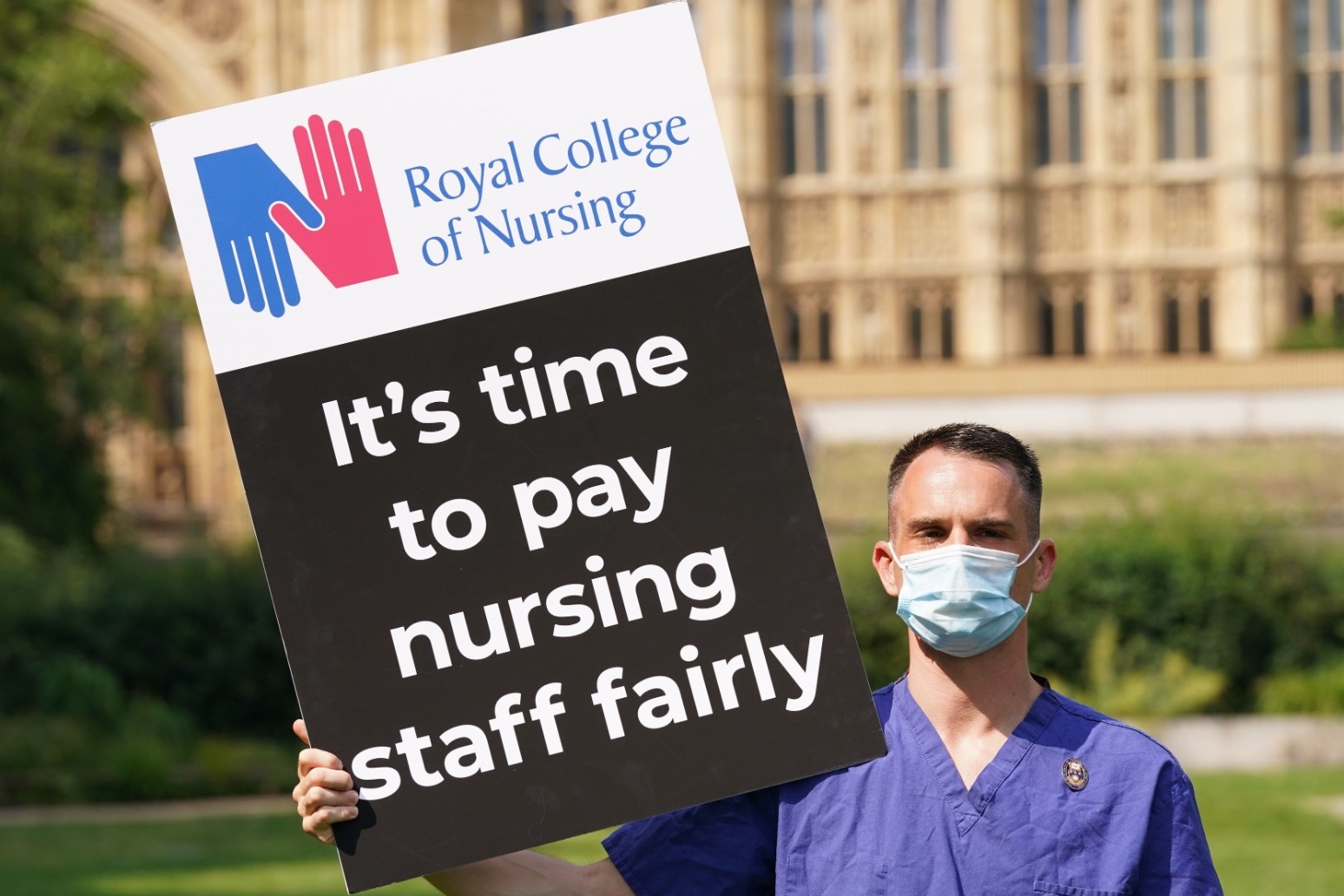 NHS staff in England are to receive a 3% pay increase after a day of confusion ended with an announcement that the Government had accepted recommendations from the pay review body.

An expected Commons statement at lunchtime failed to materialise, but a few hours later the Department for Health and Social Care issued a press release saying a 3% rise will be paid, backdated to April when the increase was due.

It will be paid to staff including nurses, paramedics, consultants, dentists and salaried GPs.

“We asked the independent pay review bodies for their recommendations and I’m pleased to accept them in full, with a 3% pay rise for all staff in scope, from doctors and nurses to paramedics and porters.

“We will back the NHS as we focus our efforts on getting through this pandemic and tackling the backlog of other health problems that has built up. I will continue to do everything I can to support all those in our health service who are working so tirelessly to care for patients.”

Minister for care Helen Whately said: “I am determined to make the NHS the best place to work for all our staff and we continue to invest in recruitment and retention with over 45,300 more staff in the NHS now compared to a year ago, including nearly 9,000 more nurses and over 4,000 more doctors.

“Our NHS staff have worked incredibly hard to fight the pandemic for over 18 months and I’m glad to confirm we are accepting the pay review body’s recommendations in full this year, so staff in their remit will receive a 3% pay rise.”

Unison said it was pleased the Government had moved from its initial recommendation of a 1% pay rise, but added that staff deserved more.

Pat Cullen, interim general secretary of the Royal College of Nursing, said: “After a shambolic day, comes a shambolic announcement. When the Treasury expects inflation to be 3.7%, ministers are knowingly cutting pay for an experienced nurse by over £200 in real-terms.

“Hospitals and other parts of the NHS are struggling to recruit nurses and healthcare support workers. The Government has been warned that many more are on the verge of leaving. With today’s decision, ministers have made it even harder to provide safe care to patients.

“This announcement is light on detail. It must be fully funded with additional monies for the NHS and ringfenced for the workforce bill.

“Nursing staff will remain dignified in responding to what will be a bitter blow to many, but the profession will not take this lying down. We will be consulting our members on what action they would like to take next.”

“But the increase falls short of what NHS staff deserve after the past 16 months. It’s less than the wage rise given to Scottish health colleagues and not enough to protect the NHS.

“Porters, cleaners, nurses, paramedics and other health workers have waited for months for what they hoped would be a fair deal.

“Ministers could have paid up last year if they really valued the NHS. Instead, staff have been made to hang on until the summer – long after their wage rise was due.

“Health workers are now expected to meet the deadly challenge of a new virus wave. The Government has failed to show staff just how valued they are to us all. There’s a risk many may not stay around to see the NHS through the pandemic and the clearing of the Covid backlog.”

Rachel Harrison, GMB national officer, said: “NHS staff are on their knees – exhausted, fatigued and anxious – as we look set to enter another wave of the Covid pandemic. Staff morale is rock bottom.

“Hospitals and ambulance services are operating under extreme pressures due to rising demand and staffing shortages.

‘Now, rather than focusing on staff welfare they are being advised to enter the workplace against self-isolation advice and now given this frankly appalling pay offer.

“This was the opportunity for Government to turn their clapping in to genuine recognition. Their response is paltry. They have failed spectacularly.

“NHS workers know their worth and so do the public – shame on the Government, who don’t.”

Unite national officer for health Colenzo Jarrett-Thorpe said: “The Pay Review Body’s recommendation of 3% is grossly inadequate and underwhelming, and in no way recognises the 19% drop in real earnings that many NHS workers have endured in the last decade, nor the Herculean sacrifices that health staff have and are continuing to make as Covid infection rates rapidly rise again.

“Members have been telling us that 3% would be insulting and show that they are not valued – it doesn’t even match the 4% the Scottish Government offered to NHS workers backdated to December 2020.

“It will also do very little to staunch the escalating recruitment and retention crisis and free up resources to tackle the enormous backlog in non-Covid procedures, such as hip replacements.

“It is estimated there are 100,000 vacancies in the health service and very little in the way of a plan to recruit the numbers needed.”