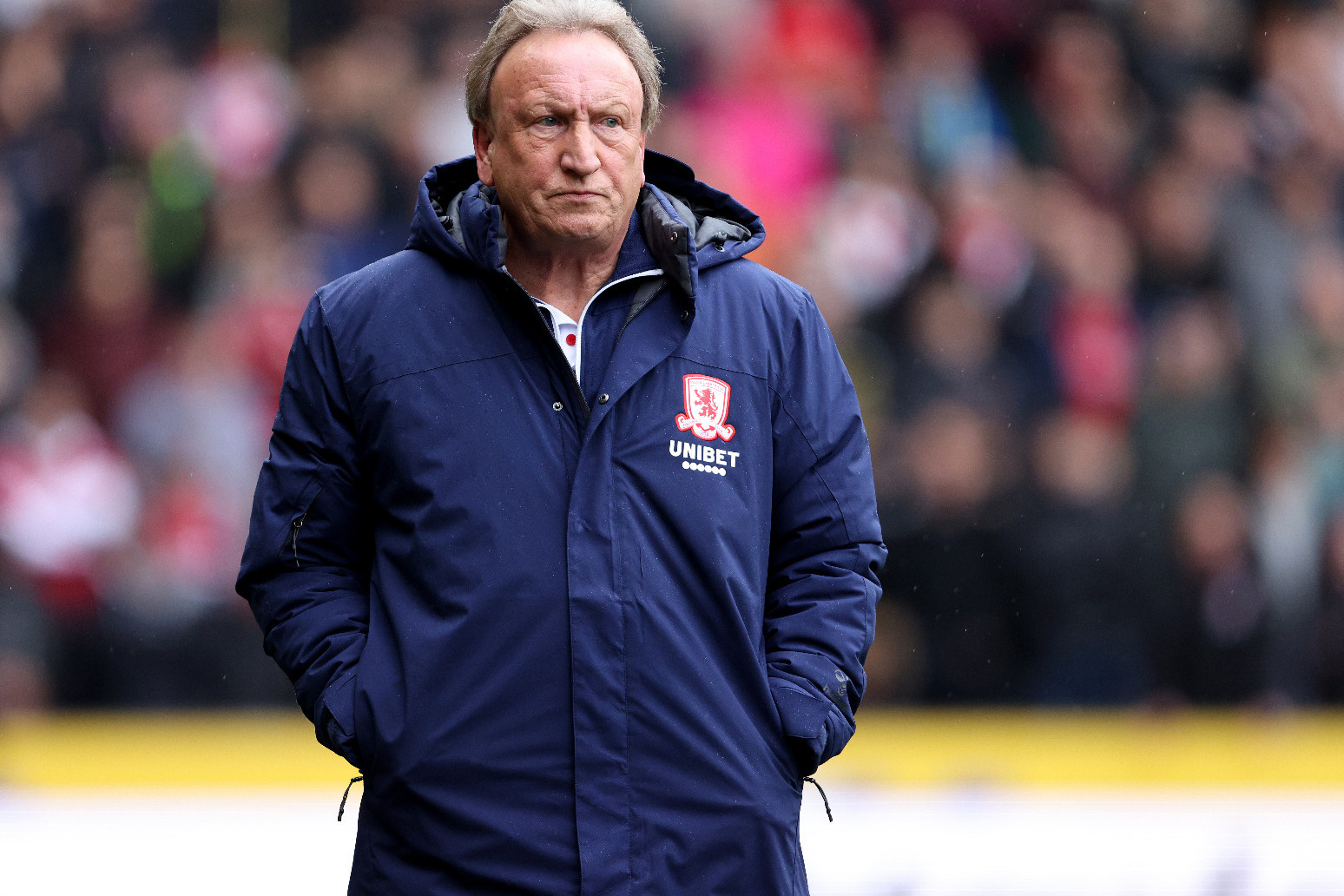 Neil Warnock will set a new record in English management on Tuesday night but admitted he may never watch football again once he hangs up his tracksuit.

The 72-year-old Middlesbrough boss equalled Dario Gradi’s 1,601 games as a professional manager when he took charge of Saturday’s 2-0 Sky Bet Championship defeat by Birmingham, and will eclipse it at Luton.

He will do so having enjoyed a hugely eventful career since he took charge of his first match at Scarborough, a 2-2 fourth division draw with Wolves in August 1987, but acutely aware of the mounting pressure in the modern game.

Asked how he copes with the kind of criticism aimed at departed Newcastle head coach Steve Bruce, who hit out following his departure from St James’ Park, Warnock replied: “It’s got really, really nasty.

“I couldn’t have done what Steve Bruce did at Newcastle, if I’m honest. I don’t need the job that much. I don’t mean that as disrespect to Steve, but I couldn’t work in that environment at all, me.

“I didn’t think he deserved that. One of the seasons, his record was as good, if not better, than Rafa Benitez, but because they love Rafa Benitez and he wasn’t Mike Ashley’s man, he got away with murder, whereas poor old Steve gets hung, drawn and quartered.

“It’s not getting any easier. I doubt if I’ll ever watch football again when I retire, if I’m honest.”

Never a man to bite his tongue, Warnock’s approach to a job which has taken him from Scarborough to Notts County, Huddersfield, Plymouth, Oldham, Bury, Sheffield United, Crystal Palace, QPR, Leeds, Rotherham, Cardiff and Boro, has won him both admirers and detractors.

He said with a smile: “I’ve been called ‘Marmite Man’ and all sorts, haven’t I – and that’s even your own fans. Some like you, some dislike you. I actually love Marmite and Bovril.

“When you’re my age, you do get labelled – you’re ‘dinosaurs’ and all that lot, ‘long-ball merchants’. I look at some of the teams in our league now and I’ve never, ever been as long as them in a million years, but because they’re young, they don’t get criticised.”

However, the motivation remains the same as it was on that August day on the North Yorkshire coast.

He said: “We get paid well, don’t we? But I don’t think it’s the money, it’s the satisfaction you get when you win a game and that whistle goes.

“There’s nothing quite like it when you know you’ve sent thousands of people home happy.”