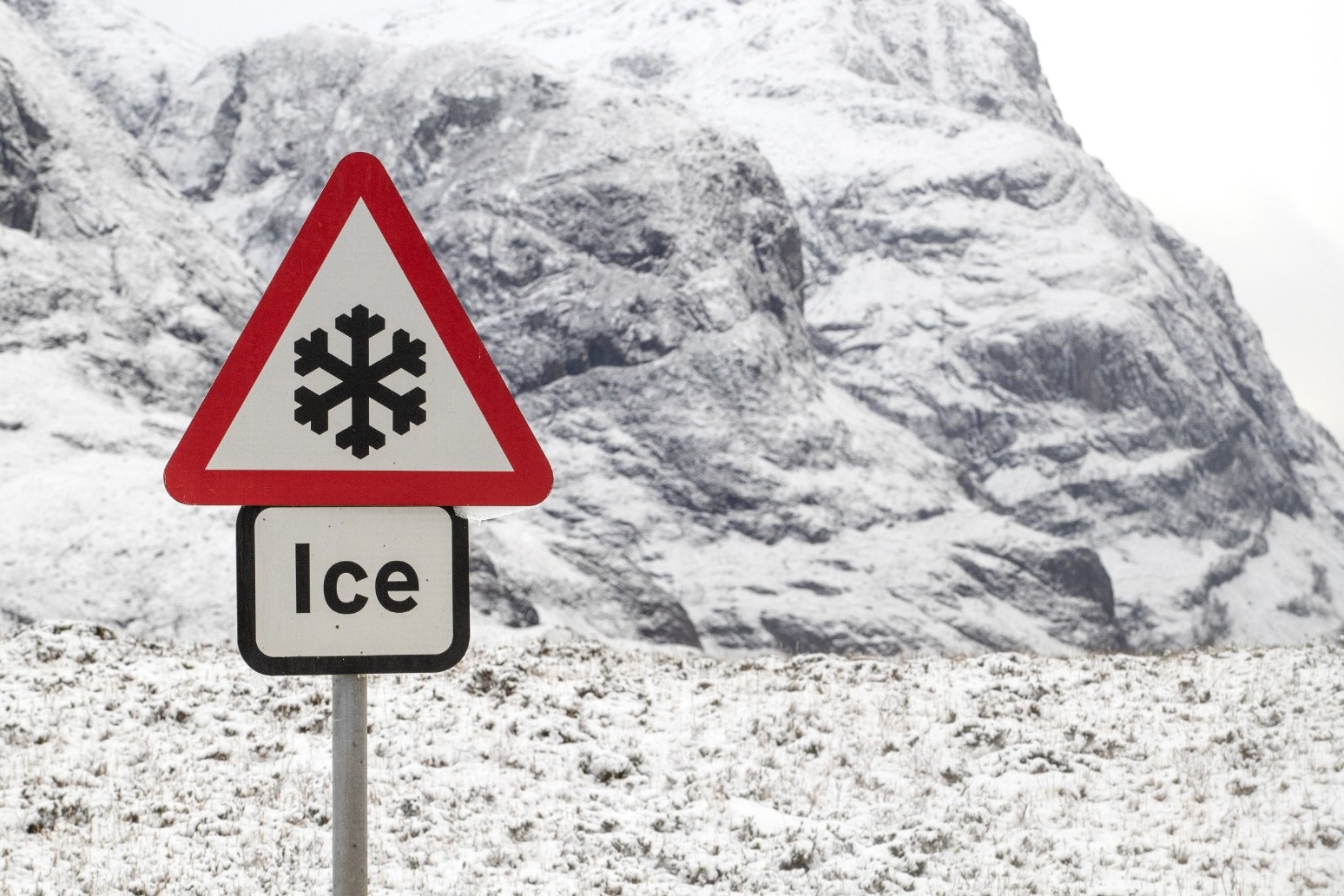 England’s south-west is the only place expected to escape the cold that will chill the UK on Wednesday as hazardous conditions hit much of the country.

Wintry showers are expected to hit Northern Ireland and northern Scotland on Wednesday, with north-west England and North Wales covered by a weather warning for ice from 6pm, the Met Office said.

The Met Office issued fresh warnings for snow for Wednesday, with the potential to cause rail and road closures, power cuts, and injuries.

The disruption could hit supermarket delivery drivers, with both Sainsbury’s and Tesco already having to cancel shopping orders as several centimetres of snow settled across parts of the UK.

From 10am on Wednesday until 6am on Thursday, much of southern England and London is covered by a snow and ice warning; while from 6pm a warning for snow kicks in for much of the Midlands and north-east England and eastern Scotland, lasting until 2pm on Thursday.

Met Office meteorologist Alex Burkill said any lying snow for southern counties could be “disruptive and impactful”, adding: “We could still see a few centimetres building up. These areas don’t usually see that much snow.”

The Met Office forecasts between 2-5cm of snow could lie, with up to 15cm possible in higher areas but the extent is “very uncertain”.

Coastal areas in northern parts will see the worst of the showers, and may also get hail and thunder, he added.

Met Office chief meteorologist Paul Gundersen said: “An Atlantic frontal system looks likely to bring a mixture of rain, sleet and snow to parts of southern England and South Wales on Wednesday, but the extent of any snow is very uncertain.

“There is then a risk of further snow moving south across Scotland, northern England and the Midlands on Thursday.”

Motorists were warned by the AA stopping distances can be 10 times greater on icy roads, and in east Lancashire there were “lots of collisions coming in as the snow falls heavily” on Tuesday morning according to Deputy Chief Constable Terry Woods.

The AA’s Ben Sheridan said: “Before setting off, it’s important to fully de-ice the car, remove snow from the roof and ensure all the lights are working so you can see and be seen. Check the conditions along your route before you go and make sure you have plenty of fuel in case of delays.

“It’s also worth carrying winter essentials such as warm, waterproof layers, a shovel, a torch, fully charged mobile phone and a flask of hot drink.”

In the south Cotswolds, river levels started to recede after rain caused homes and roads to flood.

He said: “We have witnessed carers arriving to provide essential personal care to elderly and vulnerable residents and being forced to wade through sewage-contaminated floodwater.”

The bitterly cold conditions are forecast to continue throughout Thursday and into the new year.

Met Office forecaster Clare Nasir said: “2021 starts how 2020 ended, on a very cold note with the risk of wintry showers and widespread frosts.”