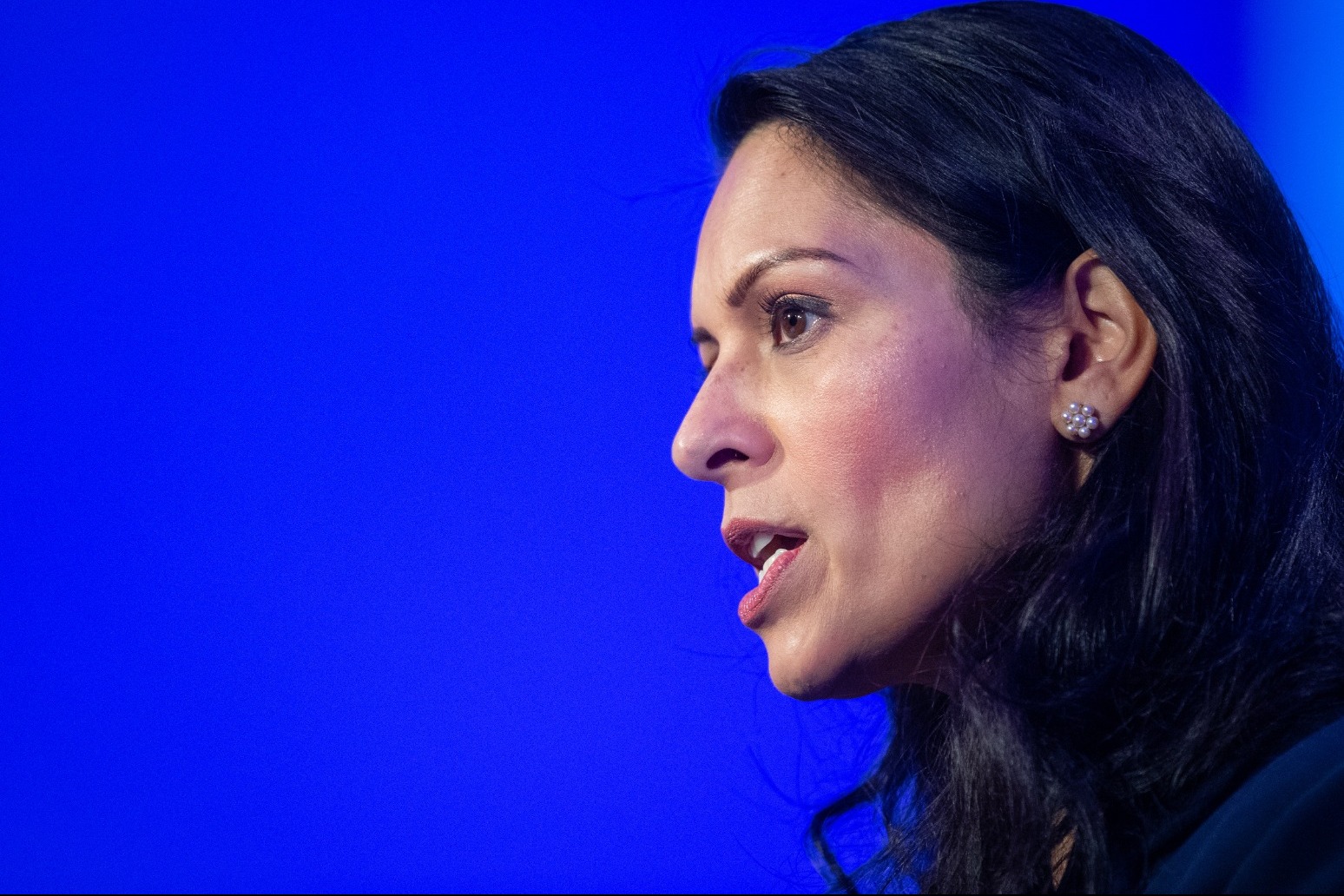 Boris Johnson’s adviser on ministerial standards has resigned after the Prime Minister contradicted his advice by judging that Priti Patel did not breach the rules despite being found to have bullied staff.

Sir Alex Allan said the Home Secretary had not always treated civil servants with “consideration and respect” and concluded that her approach on occasions “amounted to behaviour that can be described as bullying in terms of the impact felt by individuals”.

He said Ms Patel had “not consistently met the high standards required by the ministerial code”, though said there was “no evidence that she was aware of the impact of her behaviour”.

But Mr Johnson, who is arbiter of the code, judged that Ms Patel did not breach the rules.

He continues to have “full confidence” in the Home Secretary and “considers this matter now closed”, according to a Government statement.

Sir Alex resigned in response to Mr Johnson’s verdict, saying in a statement: “I recognise that it is for the Prime Minister to make a judgement on whether actions by a Minister amount to a breach of the ministerial code.

“But I feel that it is right that I should now resign from my position as the Prime Minister’s independent adviser on the code.”

Ms Patel said she was “sorry that my behaviour in the past has upset people” and thanked the Prime Minister for his support.

Ministers are usually expected to resign if they breach the code, and Mr Johnson’s decision to stand by Ms Patel sparked fury from opposition MPs.

Labour leader Sir Keir Starmer said: “It is hard to imagine another workplace in the UK where this behaviour would be condoned by those at the top.”

Jess Phillips, shadow minister for domestic violence, said it was an “utter disgrace” and that any Conservative MP “seeking to defend this is utterly without reason or comprehension”.

Sir Alex concluded that Ms Patel’s behaviour – which was said to include some occasions of shouting and swearing – met the definition of bullying adopted by the civil service.

In his advice published on Friday morning during Anti-Bullying Week, he said: “The definition of bullying adopted by the Civil Service accepts that legitimate, reasonable and constructive criticism of a worker’s performance will not amount to bullying.

“It defines bullying as intimidating or insulting behaviour that makes an individual feel uncomfortable, frightened, less respected or put down. Instances of the behaviour reported to the Cabinet Office would meet such a definition.”

He added: “Her approach on occasions has amounted to behaviour that can be described as bullying in terms of the impact felt by individuals. To that extent her behaviour has been in breach of the ministerial code, even if unintentionally.”

However, he said there was “no evidence that she was aware of the impact of her behaviour, and no feedback was given to her at the time”.

He added: “The high pressure and demands of the role, in the Home Office, coupled with the need for more supportive leadership from the top of the department has clearly been a contributory factor.

“In particular, I note the finding of different and more positive behaviour since these issues were raised with her.”

Matthew Rycroft, permanent secretary at the Home Office, said relationships between officials and ministers at the department had “improved considerably” but admitted the report made for “difficult reading”.

The full report into her conduct has not been published by the Government.

A Cabinet Office investigation was launched in March over allegations that Ms Patel belittled colleagues and clashed with senior officials in three different departments.

It followed the resignation of the Home Office’s permanent secretary Sir Philip Rutnam, who accused Ms Patel of a “vicious and orchestrated briefing campaign” against him and is claiming constructive dismissal at an employment tribunal.