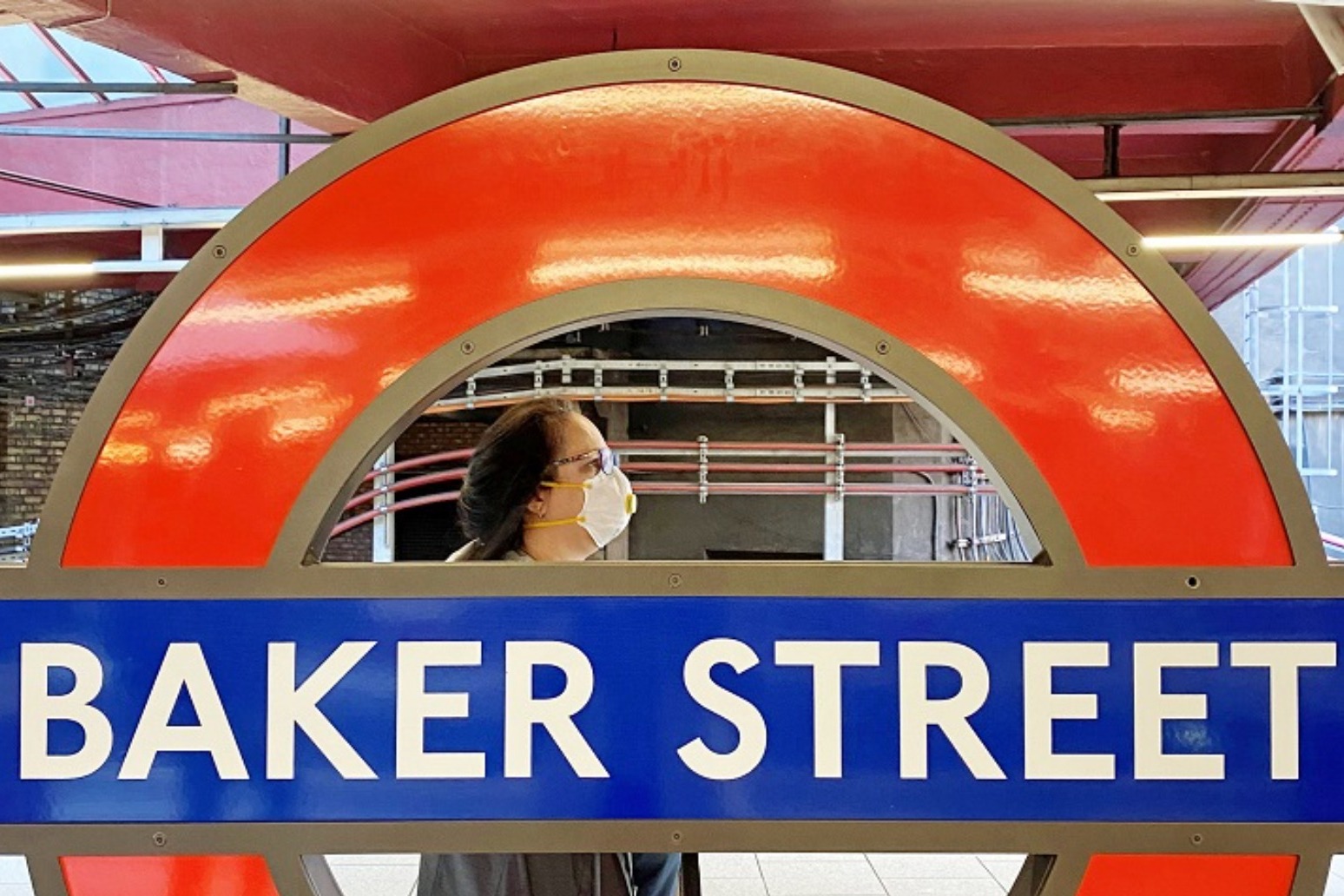 Sadiq Khan has asked Transport for London (TfL) to enforce the use of mask wearing on buses and trains as a “condition of carriage”, even after legal restrictions have been lifted on July 19.

The London mayor said he was “not prepared” to put tube, tram and other transport users in the capital “at risk” by removing the rules on face coverings after so-called “freedom day”.

Under the terms of use, enforcement officers would be able to deny access or eject passengers found to be non-compliant while using the transport network.

The request comes after the Prime Minister announced on Monday that most of England’s legal Covid-19 restrictions, including compulsory mask wearing in many indoor public settings, will end next week as part of the final stage of his road map out of the coronavirus lockdown.

While Boris Johnson has urged people to exercise “personal responsibility” in continuing to wear masks in “crowded and enclosed spaces”, his City Hall successor has called for TfL to go further by continuing to mandate their use.

The requirement would mean passengers on all TfL services, which includes the tube, bus, tram, Docklands Light Railway (DLR), Overground and TfL Rail, would need to continue to wear a face covering in stations and for the duration of their journey unless they are exempt.

Mr Khan has also asked TfL to put measures in place to help ensure the continued use of masks in taxis and private hire vehicles by both drivers and passengers unless they are exempt.

“I’ve repeatedly made clear that the simplest and safest option would have been for the Government to retain the national requirement for face coverings on public transport,” Mr Khan said.

“I’m not prepared to stand by and put Londoners, and our city’s recovery, at risk.

“This is why, after careful consideration, I have decided to ask TfL to retain the requirement for passengers to wear a face covering on all TfL services when the national regulations change.

“By keeping face masks mandatory we will give Londoners and visitors the reassurance and confidence to make the most of what our city has to offer, while also protecting our heroic transport workers and those who may be vulnerable and rely on the network to get around our city.

“It’s an extra layer of protection on top of TfL’s world-leading enhanced cleaning regime – and I’m sure Londoners will continue to do the right thing as they have done throughout the pandemic, and continue to wear a face covering on TfL services.”

Conditions of carriage are contractual conditions between passengers and TfL, with existing conditions including not consuming alcohol, which is also enforced by a byelaw.

Officials said TfL enforcement officers patrolling London’s transport network, under the conditions of carriage requirement, will be able to refuse entry to people not wearing masks and who are not exempt, and would also be able to ask people to leave services for failure to comply with the requirement.

TfL said that over the past year almost 212,000 people have been stopped by enforcement officers from getting on the network until they put on a face covering.

Almost 14,000 people have been prevented from boarding and around 3,200 were ejected from services.

In total, 4,300 fixed penalty notices have been issued since the mask wearing rules came in last year, it said.

Station staff and bus drivers will continue to remind passengers that face coverings are a requirement after July 19, with transport use increasing in the capital as the country emerges out of lockdown.

Tube ridership is at around 40-45% of pre-pandemic levels and bus ridership at around 60-65%, according to TfL data.

Andy Byford, London’s transport commissioner, said: “I would like to thank the vast majority of people using our services, who have followed the rules and helped control the virus and keep each other, and our staff, safe.

“I urge everyone to continue to follow the requirements so that we can continue to build confidence, and get back to the many wonderful things about London that we have missed during the pandemic.”

Aslef, the train drivers’ union, welcomed the move by the Mayor of London, but pointed out that, without legal enforcement, there will still be potential for disputes and disruption.

“This is welcome from the London Mayor and is consistent with the position currently adopted in Scotland, Wales and on Eurostar,” he told PA news agency.

“However‎, we now have the ludicrous position where a passenger travelling through London will have different rules on the tube and the main line services.

“The train operating companies and the Government should be following this lead in the name of consistency, common sense and public safety.”

TfL said it considered amending the existing byelaws to include the mask compulsion, but that such a move would have taken significant time and may have resulted in a gap between national regulations ending and TfL requirements coming into operation.

A Government spokeswoman said: “As we’ve set out, we’re moving from a universal Government diktat to relying on people’s personal responsibility.

“The guidance is clear that people are expected and recommended to wear a mask when they come into contact with people they don’t normally meet in enclosed and crowded spaces.

“It is open to transport operators to decide if they want to take further measures.”