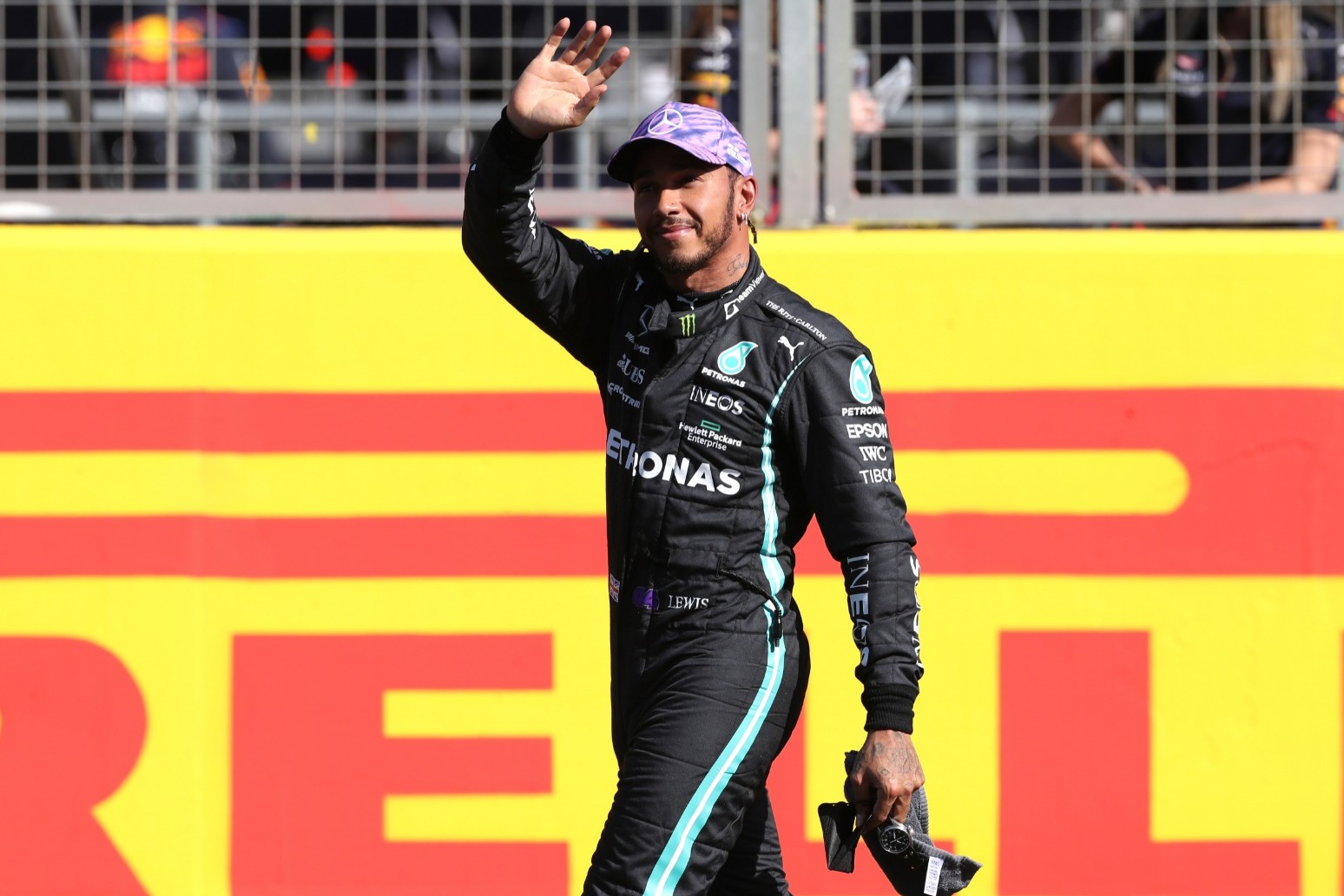 A dejected Lewis Hamilton wished he could restart Formula One’s maiden Sprint race after his poor getaway allowed Max Verstappen to make history at Silverstone and deal a further setback to the Briton’s hopes of a record-breaking eighth world crown.

Hamilton was euphoric on Friday night after beating Verstappen to pole for Saturday’s 17-lap dash to the chequered flag.

But the seven-time world champion departed Northamptonshire’s World War Two airfield on the eve of the British Grand Prix in a sullen mood after finishing second here and seeing his title deficit increase from 32 to 33 points.

With Saturday’s Sprint determining the grid for Sunday’s Grand Prix, he will also line up for his home race behind Verstappen – the in-form Dutch driver who has won four of the past five Grands Prix.

Under clear blue skies, and in front of 105,000 partisan fans, Hamilton’s bid for glory was all but over within a couple of metres of the 62-mile Sprint – a third distance of a traditional race – as the Brit stuttered away from his marks.

That allowed Verstappen to draw alongside and pass Hamilton before the opening right-handed Abbey bend.

Hamilton crossed the line 1.2 seconds behind Verstappen and then had to share a truck with his Red Bull rival for a final lap of Silverstone as the top three were paraded to the fans.

Hamilton’s team-mate Valtteri Bottas finished third in the other Mercedes.

“I wish we could redo the start,” said Hamilton. “I gave it everything today. I am sorry I am not able to get the win but tomorrow we fight again. We will try to turn a negative into a positive.”

Jenson Button, the 2009 world champion, attempted to raise Hamilton’s spirits by reminding his former McLaren team-mate that he had only lost one point to Verstappen. “Every point counts, man,” Hamilton replied.

Some 30 minutes earlier, the home fans were left stunned after Hamilton’s poor start. Moments later, an encouraging roar briefly rippled around the 3.67-mile circuit as Hamilton sensed an opportunity after Verstappen tripped over the gravel on the exit of Luffield.

Hamilton moved into Verstappen’s slipstream before jinking to his left on the 180mph entry to Copse. The two raced wheel-to-wheel but with the Red Bull driver smartly holding the inside line, Hamilton was left with no option but to back out of the move.

Verstappen was suddenly one second clear of Hamilton and soon doubled the gap. Hamilton was quickly running out of laps to catch, and pass, his man.

“I am giving everything. Have we got any more power?” he yelled over the radio with half-a-dozen laps remaining.

“Standby, Lewis, we are looking into that,” his race engineer, Peter Bonnington replied.

But as the lap clock ticked by, Hamilton could afford no real challenge. Ferrari’s Charles Leclerc finished fourth ahead of Lando Norris in his McLaren.

Off the truck and in the press conference room, Hamilton said he was not to blame for his his race-losing start.

“It was terrible,” he said. “We have a target position that you have to hit with the clutch.

“I was on target so I did what I was supposed to do. But, for whatever reason, it did not deliver. I don’t know why. I got a lot of wheel spin, and the rest is history.

“Then it was pretty much the same as the last few races in terms of following Max. He had a lot of pace and he wasn’t having to push too hard but we were pretty much flat-out.

“Tomorrow will be tough but if I can try and keep up with him we can apply the pressure through strategy. We are not going to be able to overtake them on the track because he is too fast so we will have to play the long game.

“I will recharge tonight and come back stronger. I hope we can have a closer race than we did today.”

Hamilton then called on Formula One’s executives to adjust the weekend format and scrap Friday running.

“In my opinion there only needs to be a Saturday and Sunday weekend,” he added. “That is 23 days less driving these cars around the track and that will be better in terms of going more green.”

George Russell started eighth and finished ninth. However, the Briton will start 12th after he was penalised three places for causing a collision with Ferrari’s Carlos Sainz on the opening lap.