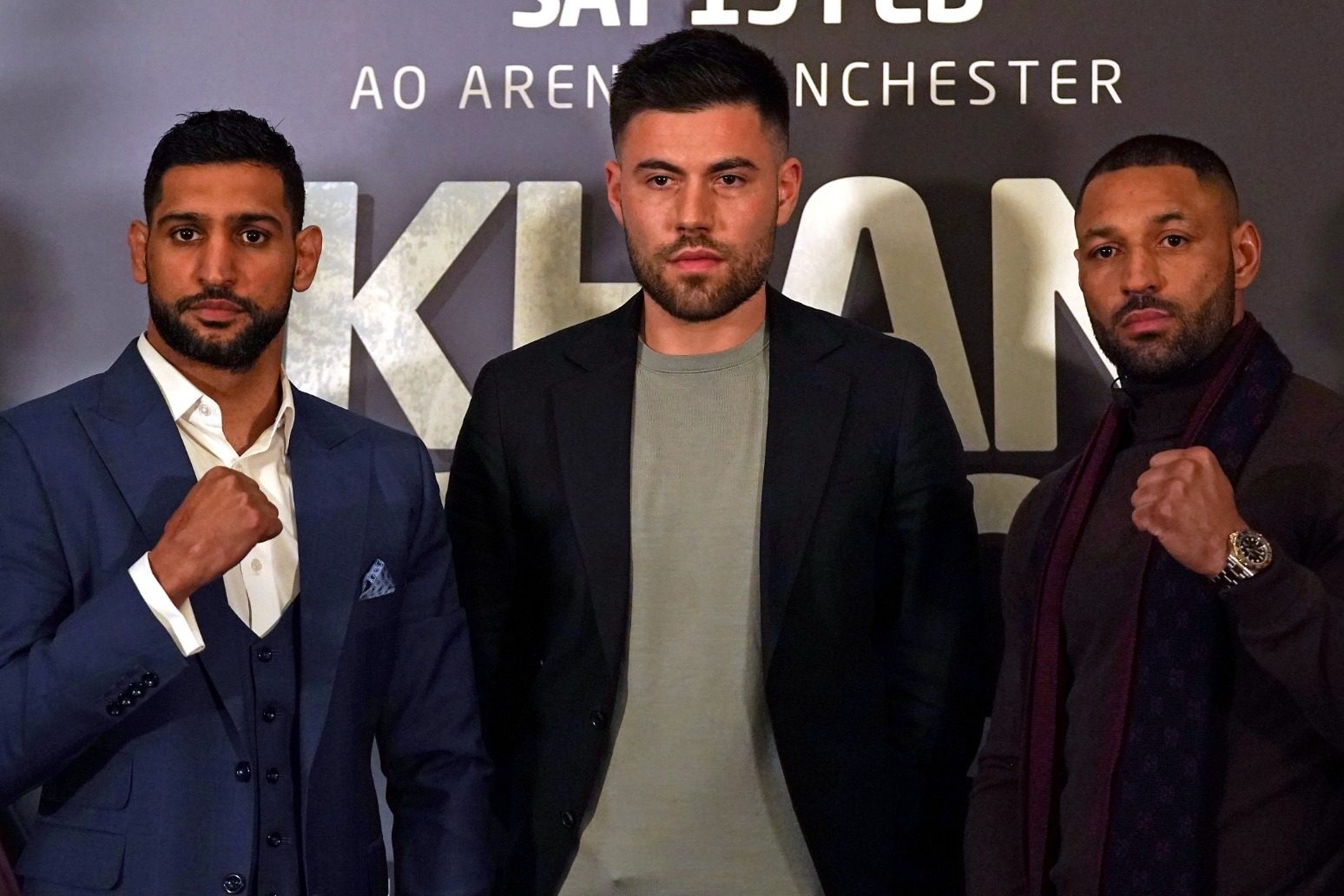 Kell Brook has confirmed a rematch clause in the agreement for next month’s grudge bout with bitter rival Amir Khan.

Brook and Khan will finally meet in Manchester on February 19, after a career’s worth of dancing around each other amid growing enmity.

The 35-year-old fighters had both harboured thoughts of retirement after this showdown, but any such plans could now be on hold.

Former IBF welterweight champion Brook insisted nothing will settle his feud with Khan, with the pair holding bitter resentment against each other.

Asked about a rematch clause, Brook replied: “I’ll be honest with you, I leave it all to my manager and my team. All I’m interested in is this fight.

“But I do know that there’s going to be a rematch in that. So if Amir Khan wants another beat down, he can have one!”

Asked if a defeat would make him consider his future in boxing, Sheffield fighter Brook continued: “I think some things I said before were taken out of context. A fighter who’s used to winning never has losing in their mind. I don’t think for a second about losing this fight.

“Every single day I’m growing in confidence, what my coach is saying, how I’m looking. Everyone in my camp, they can feel the buzz, the excitement, the body taking shape, my fitness is coming.

“The sharpness, the speed, the accuracy, it’s all coming. I’m not thinking about retirement, I’m thinking about Amir Khan on February 19. I’ve got my mojo back again and I’m really enjoying training; it’s brutal, but I’m loving it.”

Former WBA and IBF light-welterweight champ Khan has not fought since July 2019, while Brook lost to Terence Crawford in November 2020. Brook remains determined to prove himself the superior boxer, insisting he and Khan will never settle their differences.

Brook said: “It’s all animosity on my side and I think it is the same from him. There’s no love lost, we don’t like each other. This isn’t just hype, this is as real as it comes.

“I don’t like him, he doesn’t like me. And I want to punch him hard. He’s never given me any respect, or acknowledged me as a great fighter. I’ve always acknowledged him; I think he’s done great in his career and I’ve never dissed him in that way.

“There’s genuine dislike, I just don’t like his face basically. He puts things out in the media and he puts it all on me. We both know it’s never been me.

“All the years and spite between us, it means everything to both of us. There’s definitely fireworks in this fight, make no mistake.”

Khan insisted Brook will not even want to consider a rematch when the Bolton-based boxer has dispensed with him in their February 19 encounter.

Khan had previously weighed up retirement, but now insists he hopes to press on for several more fights after the Brook battle.

“I mean, I think the beating that Kell’s going to take, I don’t think he’ll want a rematch but the clause is there,” said Khan.

“We both looked and thought if it’s a good, close fight we wouldn’t want any issues over a rematch.

“I’m in one of the best shapes I’ve ever been in, and I’m amazed – I didn’t think I had this much in me.

“I’ve never felt this strong in my life and I do feel after this I’ll have a few more fights in me.

“Maybe one of the reasons this fight never happened before was because the rubbish he says doesn’t make any sense.

“But now it’s time to put all that to bed. He’s never said these things to my face, because he’s not man enough.

“Honestly speaking I don’t think Kell has a good chin or can take a shot. I think his punch resistance is gone. I honestly believe he’s just doing the fight for the payday.

“I’m doing this for the public, because it’s what they want. If I don’t take this fight people will always say to me ‘but you didn’t fight Kell’.

“He says he’s going to beat me and do this and that, I hope he tries to. But I just don’t see him doing anything.

“The bad blood between us, I think it’s pure jealousy from him. I’m going to destroy him, it’s going to be a masterclass.

“I think he will need to retire after that, this will be his last fight.”