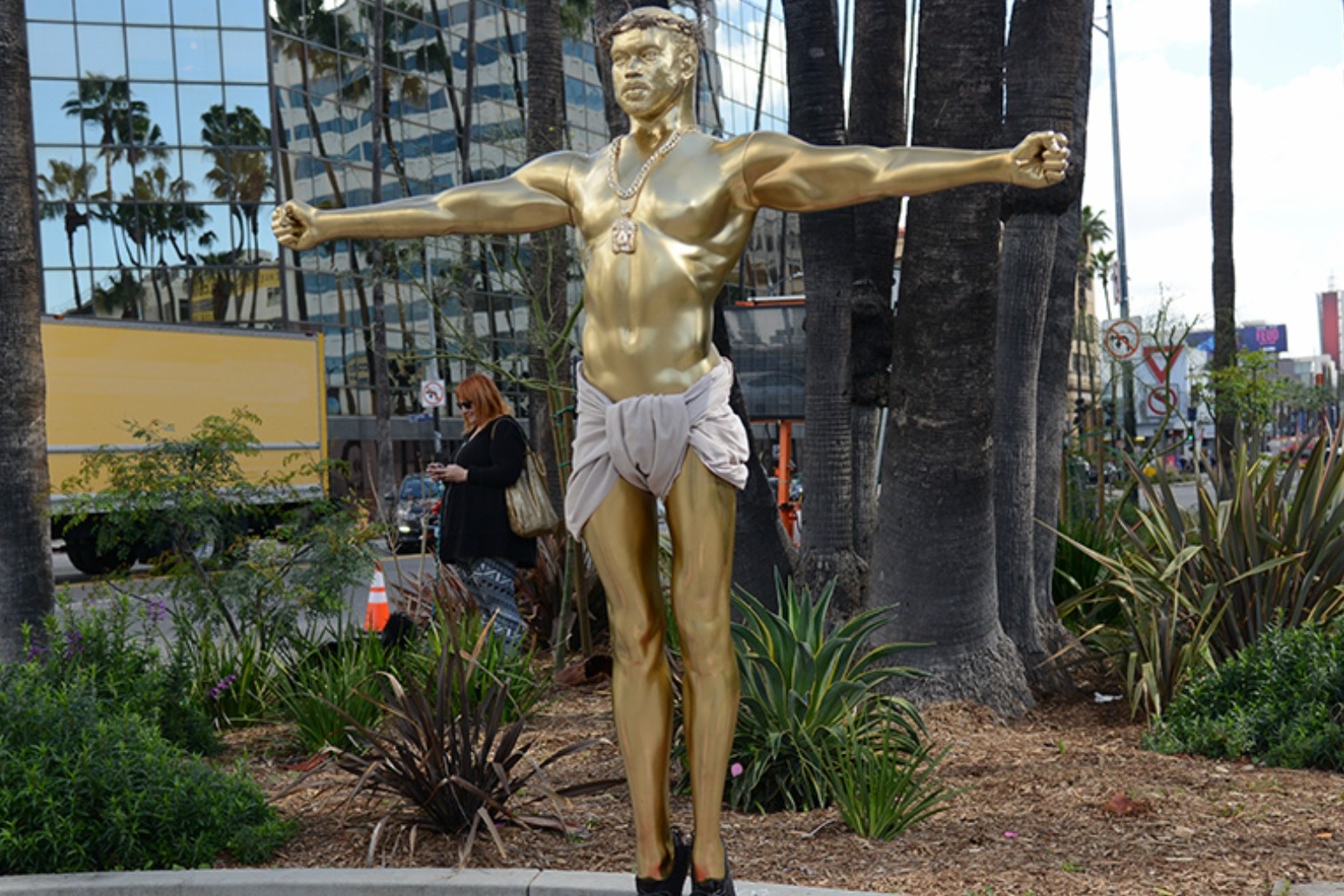 A life-size fibreglass sculpture of Kanye West reimagined as a golden Christ is among a collection of contemporary artworks going on sale for the first time.

Auction house Julien’s Beverly Hills is hosting the presentation and sale of more than 50 pieces from some of the most acclaimed stars of contemporary art.

Artists including Blek le Rat, Risk and Billy Morrison will all feature in the Degrees Of Separation exhibition later this month, as well as Plastic Jesus, the anonymous British star.

Plastic Jesus is best-known for his provocative street installations, including a six-inch wall he placed around Donald Trump’s Hollywood Walk Of Fame star in 2016.

His piece with artist Ginger, called False Idol – Kanye West, made headlines around the world when it was erected in Hollywood before the 2017 Oscars.

The sculpture features West as Jesus during the crucifixion, but with the added twist of having bling around his neck.

Other highlights of the exhibition include a collaboration between Kelly Graval, better known as the US street artist Risk, and Morrison, a British musician and artist.

They teamed up for a large-scale painting of a butterfly with dual flag wings representing their respective countries.

Morrison, a guitarist known for his work with Billy Idol, said the piece signifies “change and rebirth”.

And French graffiti artist Blek le Rat will exhibit some of his “lost paintings”, so called because they went missing from a San Francisco gallery in 2012 before being recovered from an abandoned church in Florida in 2019.

The Degrees Of Separation exhibition and sale takes place from June 25-30 at Julien’s Beverly Hills.