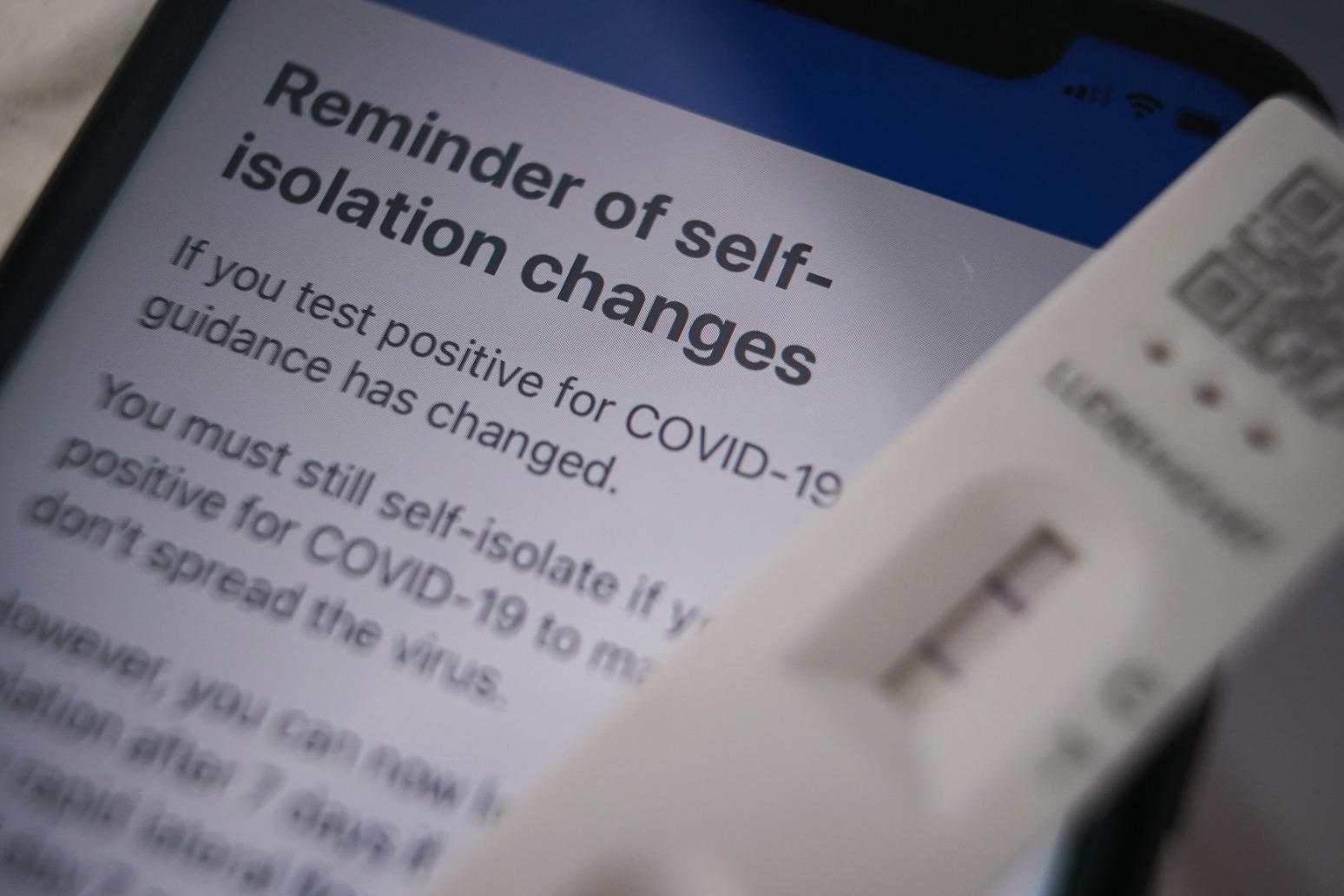 Boris Johnson has insisted he was right to stick with England’s Plan B coronavirus measures despite rapidly rising hospital admissions, soaring case rates and staff shortages hitting the NHS.

The Prime Minister told MPs the Cabinet had agreed to keep the existing domestic restrictions but eased travel testing rules.

He also confirmed plans being implemented across the UK to end the requirement for confirmatory PCR tests for asymptomatic people who test positive using a lateral flow device (LFD).

An estimated 3.7 million people in the UK had Covid-19 in the week ending December 31, up from 2.3 million in the week to December 23 and the highest number since comparable figures began in autumn 2020, the Office for National Statistics (ONS) said.

In England around one in 15 people in private households had Covid-19, according to ONS estimates – a level rising to one in 10 in London.

NHS England figures showed 15,659 people were in hospital with Covid-19 on Wednesday morning, an increase of 615 on 24 hours earlier, although the number of patients requiring mechanical ventilation was down 28 to 769.

In the Commons, Mr Johnson said hospital admissions were “doubling around every nine days” and “we’re experiencing the fastest growth in Covid cases we’ve ever known”.

Cases were doubling every week among the over-60s, he added.

But he said the Plan B measures – including wider use of face masks and guidance to work from home – were “helping to take the edge off the Omicron wave”, slowing the spread, easing pressure on the NHS and buying time for the booster campaign to take effect.

He said Plan B and the testing changes were “balanced and proportionate ways of ensuring we can live with Covid without letting our guard down”.

The restrictions will be reviewed again before they are scheduled to expire on January 26.

The changes in testing procedures are aimed at freeing up laboratory capacity for PCR tests, with the requirement for confirmatory tests suspended in asymptomatic people until the current high levels of infections subside.

The change was being introduced in Northern Ireland on Wednesday, Scotland and Wales on Thursday and in England from January 11.

The UK Health Security Agency (UKHSA) said while levels of Covid-19 are high, the “vast majority” of people with positive LFD results can be confident they have the virus.

People who have Covid-19 symptoms should still get a PCR test, the UKHSA said.

UKHSA chief executive Dame Jenny Harries said: “While cases of Covid continue to rise, this tried and tested approach means that LFDs can be used confidently to indicate Covid-19 infection without the need for PCR confirmation.”

She said it remained important that people with symptoms self-isolate immediately and order a PCR test.

Professor John Edmunds, a member of the Government’s Sage scientific advisory panel, backed the move, saying a confirmatory PCR “not only wastes time but costs a lot of money and uses up laboratory resources that could be better used elsewhere”.

But he said there were downsides because it would give researchers “slightly less information” on the different variants in circulation because PCR swabs can undergo sequencing to determine which strain of coronavirus is present.

Exemptions to the new rules include people eligible for the £500 test and trace support payment, who will still require a confirmatory PCR to access the help.

PCRs will also be required for people participating in research and surveillance programmes and those at risk of becoming seriously ill, who have been identified as potentially eligible for new treatments.

Ministers also approved changes to the travel regime for England, with the requirement for pre-departure tests scrapped from 4am on Friday.

Mr Johnson also said the requirement to self-isolate on arrival until receipt of a negative PCR test on arrival was being scrapped, returning instead to the system in place in October last year, where travellers need to take a lateral flow test no later than the end of day two after arriving in England, with a PCR if they are positive.

The Omicron-driven surge in coronavirus cases and the knock-on effect of staff absences is already causing major problems in public services.

The Fire Brigades Union said that almost a third of London’s fire engines had been out of action during the last week, while almost 10% of operational firefighters in the capital had either tested positive or were self-isolating.

A series of hospital trusts have declared critical incidents, while the North East Ambulance Service (NEAS) is still asking patients suffering from suspected strokes or heart attacks to get relatives to drive them to hospital following pressures on staff due to coronavirus and new year demand.

NEAS medical director Dr Matthew Beattie said: “Where it is safe, we will continue to ask patients to make their own way to hospital, however we would never ask anyone to drive themselves to hospital with a life-threatening illness.”

In Scotland, First Minister Nicola Sturgeon cut the self-isolation period to seven days, as long as people have two negative lateral flow tests, broadly in line with the measures in place in England.

But restrictions on large gatherings and hospitality and leisure businesses will remain until at least January 17 in Scotland, she added.