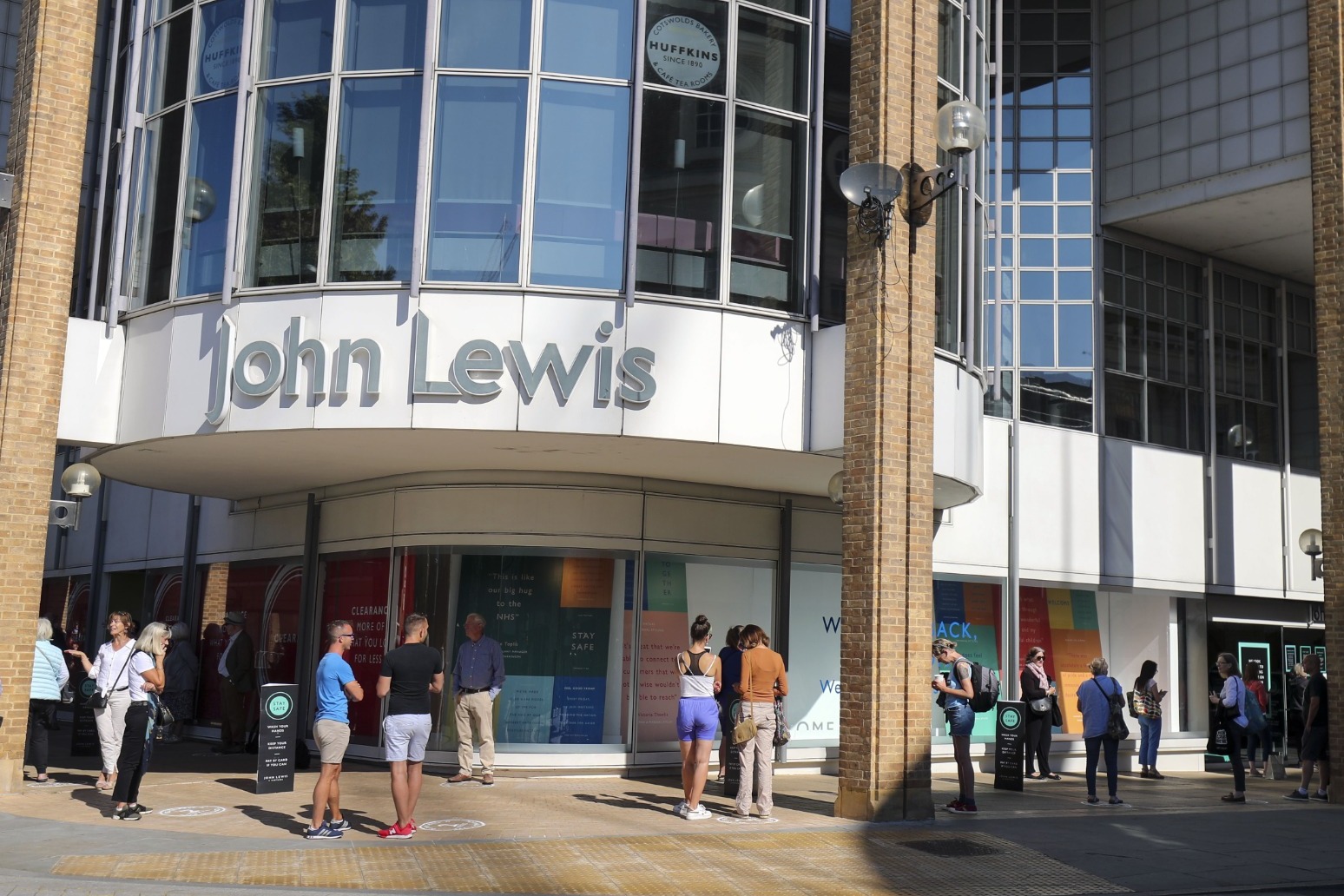 The John Lewis Partnership (JLP) has narrowed its losses despite taking a £54 million hit from redundancies.

The retail giant unveiled a £29 million pre-tax loss for the half-year to July 31, representing a significant improvement from the £635 million loss it posted for the same period last year.

Chairwoman Sharon White said the loss was better than the group expected as it was boosted by a jump in sales.

However, this was significantly offset by the cost of eight more department store closures and thousands of redundancies.

JLP booked £98 million of exceptional costs for the past year, including £24 million in property costs, primarily linked to shutting stores, and £54 million in redundancy payments.

In July, the employee-owned business said it was proposing 1,000 redundancies, having already said it would axe around 1,465 jobs as part of this year’s store closures announcement.

In a letter to partners, Ms White said: “We have begun the financial year with profits recovering, ahead of both last year and expectations set at our year-end results.

“Traditionally, our profits are skewed to the second half of the year because of the importance of Christmas, especially in John Lewis.”

The retail group added that there is significant uncertainty as it tackles “supply chain challenges and labour shortages”.

JLP said it is also seeing inflationary pressures which it expects to persist.

Ms White told the PA news agency the group is seeking to “get ahead” with its Christmas preparations amid fears that it could be affected by the global supply chain problems.

“We are not immune from the supply chain issues that are facing the industry so we are working very quickly to make sure that Christmas is smooth,” she said.

“We are keen to act now before anything becomes a major problem. We have been working ahead of time with shipments, such as Christmas trees and other products, from Asia to help avoid disruption.

“We have already addressed concerns regarding HGV drivers with better pay, and have already seen a positive response.”

It comes a day after John Lewis confirmed plans to hire 7,000 temporary staff in order to support its higher demand around Christmas.