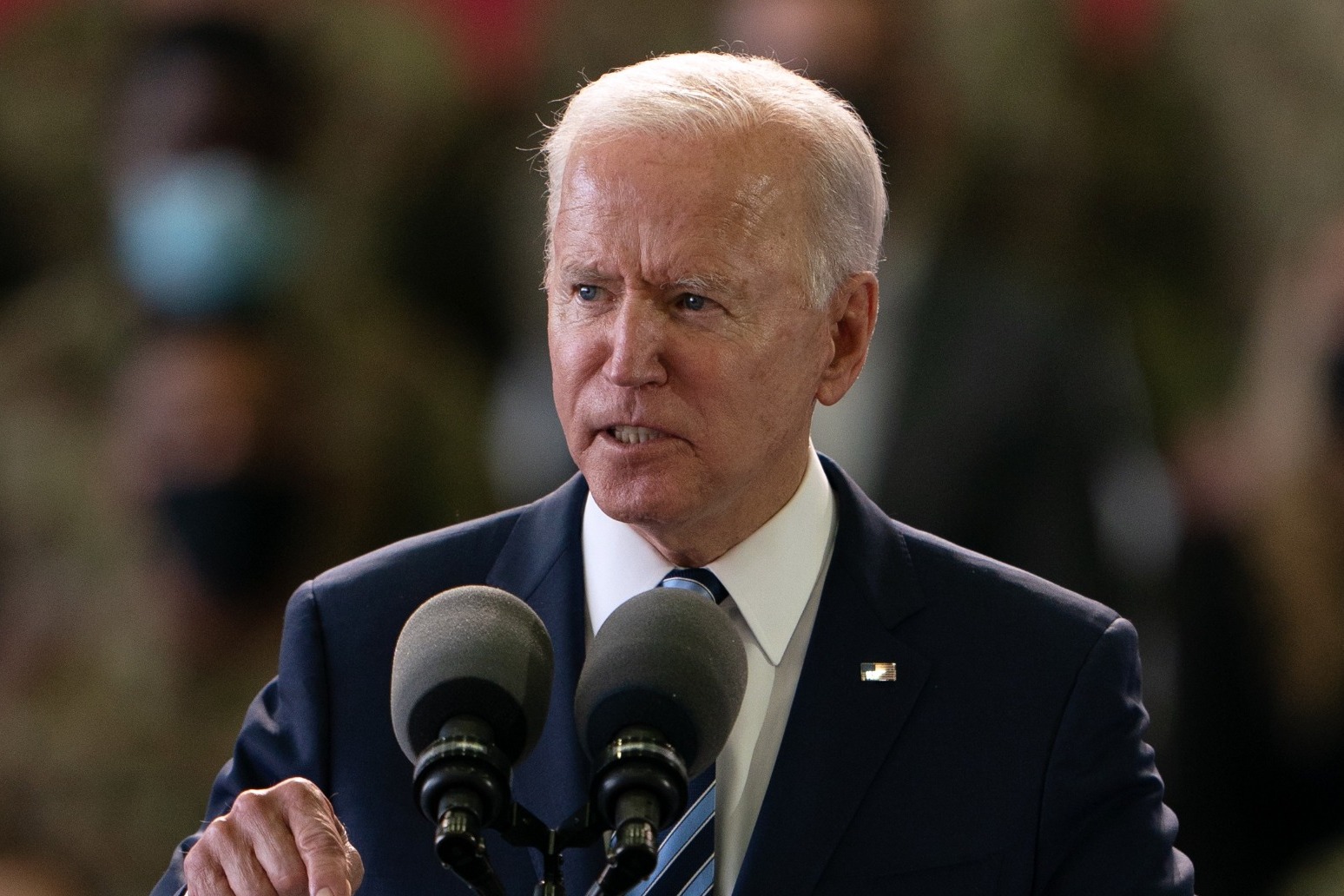 Joe Biden’s first overseas public speech as US president was to a hangar full of cheering service personnel and their families at an American airbase in the UK.

Air Force One touched down at RAF Mildenhall in Suffolk on Wednesday evening and the president disembarked with his wife Jill, beginning an eight-day trip to Europe.

He was greeted on the tarmac by a group including senior officers from the base then got into his heavily-armoured presidential vehicle, known as The Beast, to be taken in convoy to a nearby hangar.

The crowd stood for the UK and US national anthems, with a US servicewoman singing The Star-Spangled Banner.

Just over an hour after setting foot on British soil, the president addressed a military audience inside the open-fronted hangar, with three warplanes parked at the entrance and more than 20 US flags flying.

Hundreds of troops cheered and waved miniature American flags as he took to the stage, shaking the hands of two people in the crowd as he went.

First Lady Jill Biden gave a brief speech in which she paid tribute to service personnel and their families, then 14-year-old “military child” Sydney Glascock, whose mother and father are both service personnel, introduced the president.

Rows of facemask-wearing airmen in camouflage uniforms watched the Democrat’s address from folding plastic seats to the front and sides of the stage.

More watched on from tiered seating behind the stage, with a huge US flag providing a stars and stripes backdrop, with a smaller US flag on the left of it and a Union Flag of the same size to the right.

The US president – the Commander in Chief – told the troops in the hangar to stand “at ease”, quipping: “I keep forgetting I’m president.”

He said that seeing them was the “best possible way to start this trip”.

Around 3,000 service personnel are stationed at RAF Mildenhall, where the 100th Air Refuelling Wing and the 352nd Special Operations Wing are based.

The president left the stage to more applause and waving of flags, taking time to speak to service personnel as he went.

He was set to continue his journey to Cornwall Airport Newquay following his stop at the airbase, ahead of a G7 summit beginning on Friday.