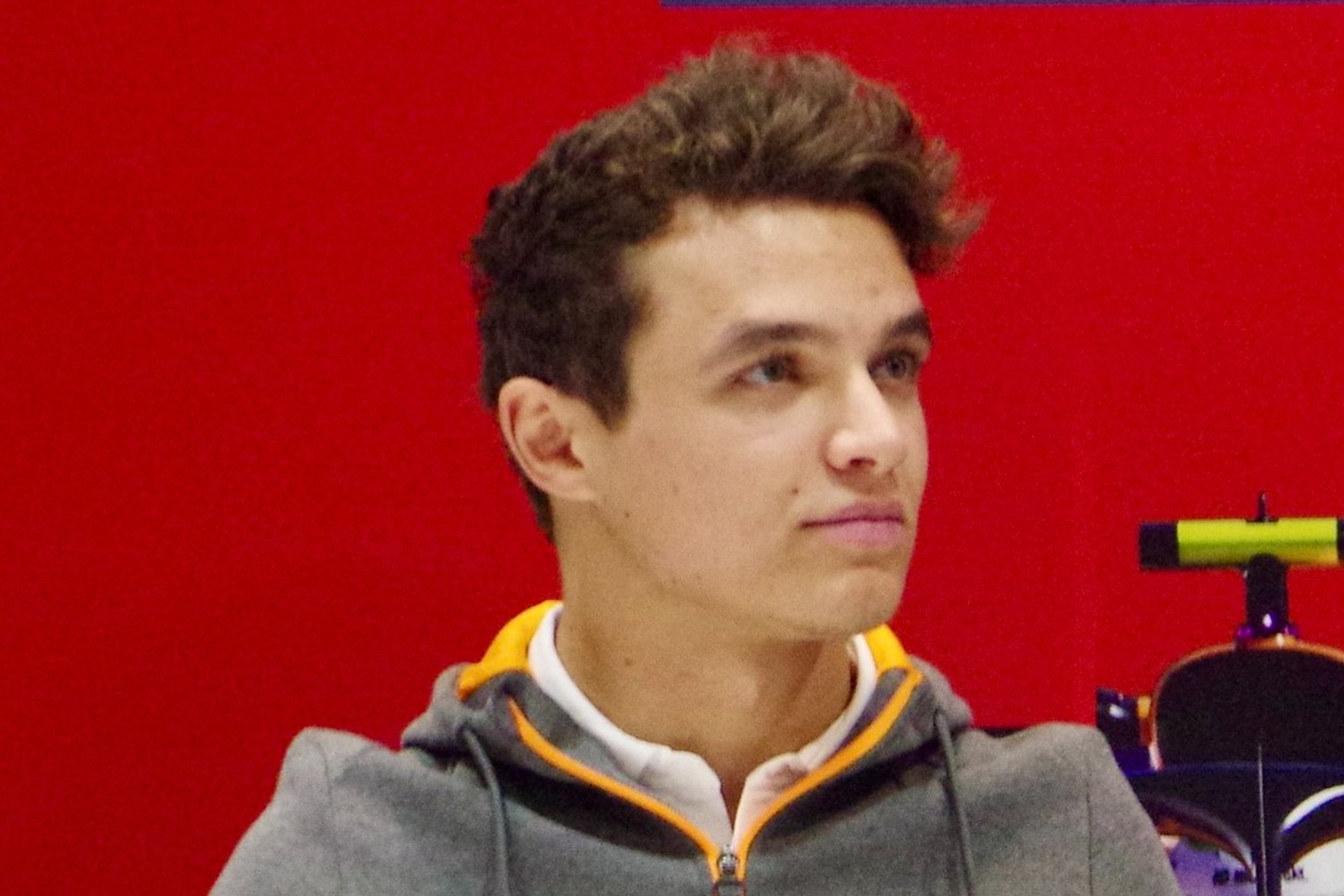 A devastated and heartbroken Lando Norris was reduced to tears after seeing a first Formula One victory slip through his fingers at Sunday’s Russian Grand Prix.

A devastated and heartbroken Lando Norris was reduced to tears after seeing a first Formula One victory slip through his fingers at Sunday’s Russian Grand Prix.

Following the first pole position of his career here in Sochi, Norris was on course to take a fabulous maiden win before losing the lead of a dramatic race with just two laps remaining.

While those around him stopped for wet tyres, Norris took the bold, but ultimately misguided, decision to stay out and nurse his McLaren over the line.

“No,” yelled Norris when race engineer Will Joseph asked for his verdict over whether to take on the intermediate rubber.

On lap 49 of 53, Mercedes called Hamilton in – against the seven-time world champion’s wishes. Hamilton emerged from the pit lane a quarter of a minute behind Norris with four laps left.

But he soon demolished the difference, and when Norris slid off at the fifth corner on lap 51 of 53, the McLaren driver’s dream of becoming Britain’s youngest F1 winner was over.

Norris took the chequered flag in seventh, 87 seconds behind Hamilton. Max Verstappen drove from last to second, with Carlos Sainz third for Ferrari.

“I don’t know where to start”, said Norris. “I’m unhappy, devastated. It is heartbreaking.

“It is a terrible feeling to be on the verge of winning a grand prix and then losing it, not because of a silly error but in this kind of way.

“We made a call to stay out and we stand by that. It was the wrong one at the end of the day but I made the decision just as much as the team.

“They thought I should box and I decided to stay out. It was my decision, I thought it was the way to go.”

“But the rain got harder than I was told or the team knew. We will need to go talk through that.”

Norris sportingly stopped to offer his congratulations to Hamilton.

“I sympathise with Lando,” said Hamilton, who moved two points clear of Verstappen in his bid for an eighth title. “He is so young. He has so many wins up ahead of him. He did a fantastic job yesterday, he is doing a great job leading that team.

“For me, it was just blind faith at the end. When the team called me in, I was like, ‘Lando is right there and there are only three laps to catch up 24 seconds, there is no way I can do that’.

“I wasn’t convinced the first lap I left the pits, but the next lap it rained more and I was definitely more convinced.

“The team were 100 per cent right. I had to play my role to get us in that position in order for that to work, but teamwork makes the dream work.”

At the start, pole-sitter Norris flew away from his marks, but the young British star knew he would be vulnerable on the 350-metre charge to the first braking zone, and so it proved.

Sainz, benefitting from the slipstream off Norris’ McLaren, was dragged along at more than 210mph before passing his former team-mate for the lead.

Hamilton started fourth but was seventh by the end of a lacklustre opening lap.

The Mercedes driver was blocked by Norris at the first corner, losing out to Daniel Ricciardo, Lance Stroll and Fernando Alonso.

Hamilton fought his way past Alonso the next time around to move up one spot before spending the remainder of the opening exchanges tucked up behind Ricciardo’s McLaren.

Up front, Norris was keeping Sainz honest, and on lap 13 he passed the Ferrari man for the lead. “Got him,” said Norris over the radio.

On lap 22, McLaren called in Ricciardo and Hamilton was released into clear air, 14 seconds adrift of Norris. Four laps later, Hamilton stopped for fresh rubber before team principal Toto Wolff came on the radio to provide his superstar driver with a rallying call.

“Lewis, you can win this race,” the Austrian said.

Hamilton cleared Sainz and AlphaTauri’s Pierre Gasly before setting out to hunt Norris down. Norris stopped on lap 28 and emerged from the pits eight seconds clear of his compatriot.

With early leader Sainz now out of the picture, the stage was set for a straight shootout between the man chasing his maiden win and the driver bidding for a 100th career triumph.

By the start of lap 38, Hamilton could sense victory, just 1.5 seconds behind Norris’ McLaren – but the younger Brit was demonstrating a level of maturity way beyond his tender age to keep Hamilton, 14 years his senior, behind.

However, the late rain changed the run of play. Ricciardo took fourth, ahead of Valtteri Bottas and Alonso.