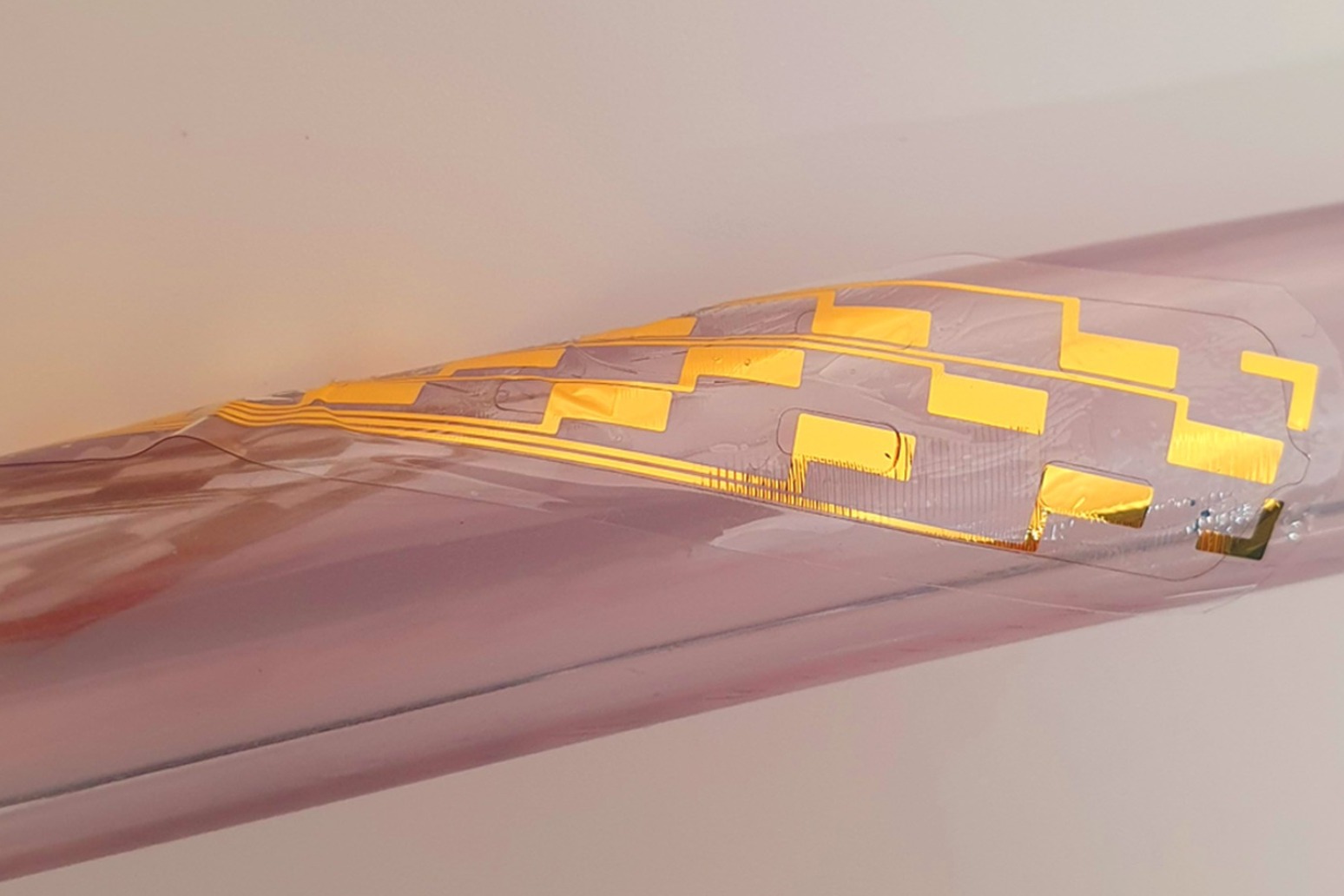 A team of engineers and clinicians has developed an ultra-thin, inflatable shape-changing spinal implant that can be used to treat the most severe forms of pain without the need for invasive surgery.

Developed by researchers at the University of Cambridge, the device uses a combination of soft robotic fabrication techniques, ultra-thin electronics and microfluidics.

It is the width of a human hair and can be rolled up into a tiny cylinder, inserted into a needle, and implanted into the epidural space of the spinal column – the same area where injections are administered to control pain during childbirth.

Once in place, the device is inflated with water or air so it unrolls like a tiny air mattress, covering a large section of the spinal cord, researchers say.

It disrupts pain signals by sending small electrical currents to the spinal cord through ultra-thin electrodes connected to a pulse generator.

Dr Damiano Barone, from Cambridge’s Department of Clinical Neurosciences and one of the paper’s senior authors, said: “Spinal cord stimulation (SCS) is a treatment of last resort, for those whose pain has become so severe that it prevents them from carrying out everyday activities.

“However, the two main types of SCS devices both have flaws, which may be one reason their use is limited, even though millions struggle with chronic pain every day.”

Early tests of the device suggest it could be an effective treatment for many forms of severe pain – including leg and back pain – which are not remedied by painkillers, researchers say.

It could also be adapted into a potential treatment for paralysis or Parkinson’s disease, but extensive tests and clinical trials will be required before the device can be used on patients.

Although other types of SCS devices are currently used to treat severe pain, the most effective are bulky and require invasive surgery.

Experts suggest that by combining the clinical effectiveness of the surgical devices and the ease of implantation of the keyhole devices, the new implant could be an effective, long-term solution to intractable pain, which affects millions worldwide.

In the UK, back pain is among the leading causes of disability.

While SCS is an option for those who suffer from intractable back pain or other types of neuropathic pain, despite its effectiveness its use is limited, with just 50,000 procedures carried out worldwide each year.

The most effective SCS device in clinical use is a paddle-type option, which covers a wide area of the spinal cord but is bulky and requires invasive surgery under general anaesthetic.

The other type of device can be implanted with a needle and only requires local anaesthetic, but it covers a smaller area and is less clinically effective than a paddle-type device.

Dr Christopher Proctor, from Cambridge’s Department of Engineering and the paper’s other senior author, said: “Our goal was to make something that’s the best of both worlds – a device that’s clinically effective but that doesn’t require complex and risky surgery.

“This could help bring this life-changing treatment option to many more people.”

Co-first author Ben Woodington, also from the Department of Engineering, explained: “In order to end up with something that can be implanted with a needle, we needed to make the device as thin as possible.”

Earlier versions were so thin that they were invisible to X-rays, which the surgeon would need to use to confirm correct placement before inflation.

The researchers validated their device in laboratory tests and on a human cadaver model.

They are currently working with a manufacturing partner to further develop and scale-up their device and are hoping to begin tests in patients within two to three years.

The research is reported in the journal Science Advances.