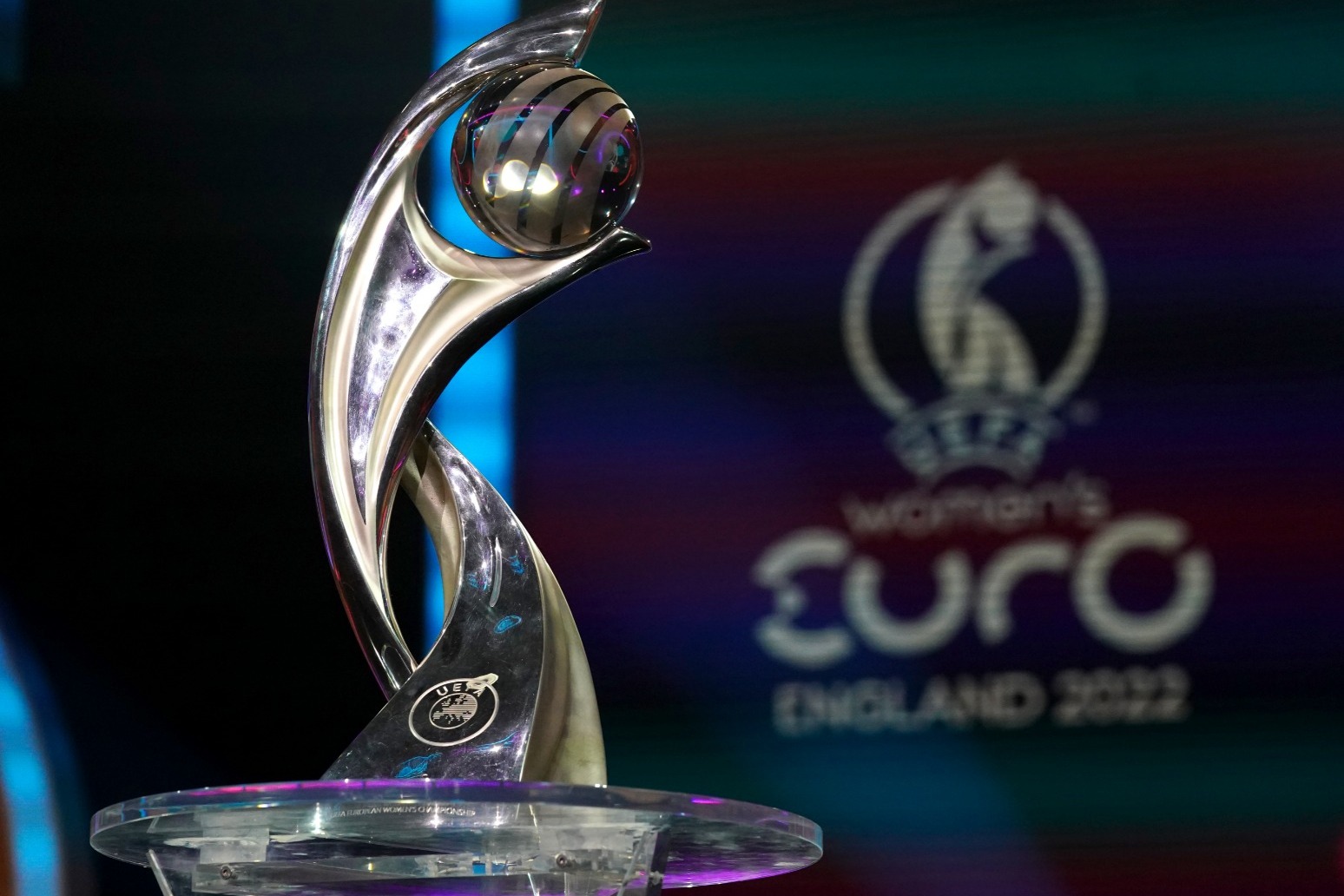 The Lionesses and Northern Ireland are due to face each other in their concluding fixture in Group A at St Mary’s Stadium on July 15.

Hosts England and major tournament debutants Northern Ireland will meet in a group also featuring Norway and Austria at the Women’s European Championship next summer.

The Lionesses and Northern Ireland are due to face each other in their concluding fixture in Group A at St Mary’s Stadium on July 15.

Prior to that, England will take on Austria at Old Trafford in the opening match of the tournament on July 6, and then Norway at the Amex Stadium five days later.

All three of Northern Ireland’s group games are to be at St Mary’s, with them playing Norway and Austria on July 7 and 11 respectively.

Speaking at Thursday’s draw ceremony in Manchester, England boss Sarina Wiegman urged fans to get tickets for the opener against Austria, saying: “It is going to be massive.

“When the crowd is there they are going to be our 12th woman. We just want to connect with the fans and let them help us create a great performance.”

On the prospect of the Northern Ireland match, Wiegman said: “It’s so nice – I hope it is going to be sold out at Southampton.

“It’s an amazing stadium. It’s nice for everyone. We want to do well, we want to have our fans, but it will be really good to have Northern Ireland’s fans too, just for the women’s game.”

Shiels’ team then drew 2-2 with Austria in Belfast on Tuesday. They qualified for a first major tournament finals in their history with a play-off triumph over Ukraine in April.

Shiels said on Thursday: “Obviously the draw for us is going to be difficult.

“The happiest people here tonight are English, Norwegian and Austrian – they’ve got us. When it came out the English people were all cheering, ‘we’ve got Northern Ireland’, an easy match for them.

He added: “No matter who we meet, at the upper echelons of European football, we’re going to be up against it. But we know that, and we’ll go in there and give our best shot.”

England, Euros runners-up in 1984 and 2009, have been beaten semi-finalists in each of their last three major tournaments.

New boss Wiegman, who started work with the team in September, oversaw her native Holland winning the last Euros, on home soil, in 2017 – beating England in the last four – and subsequently guided the Dutch to the final of the 2019 World Cup.

The final of the competition, which was pushed back by a year due to the coronavirus pandemic, is to take place at Wembley on July 31.