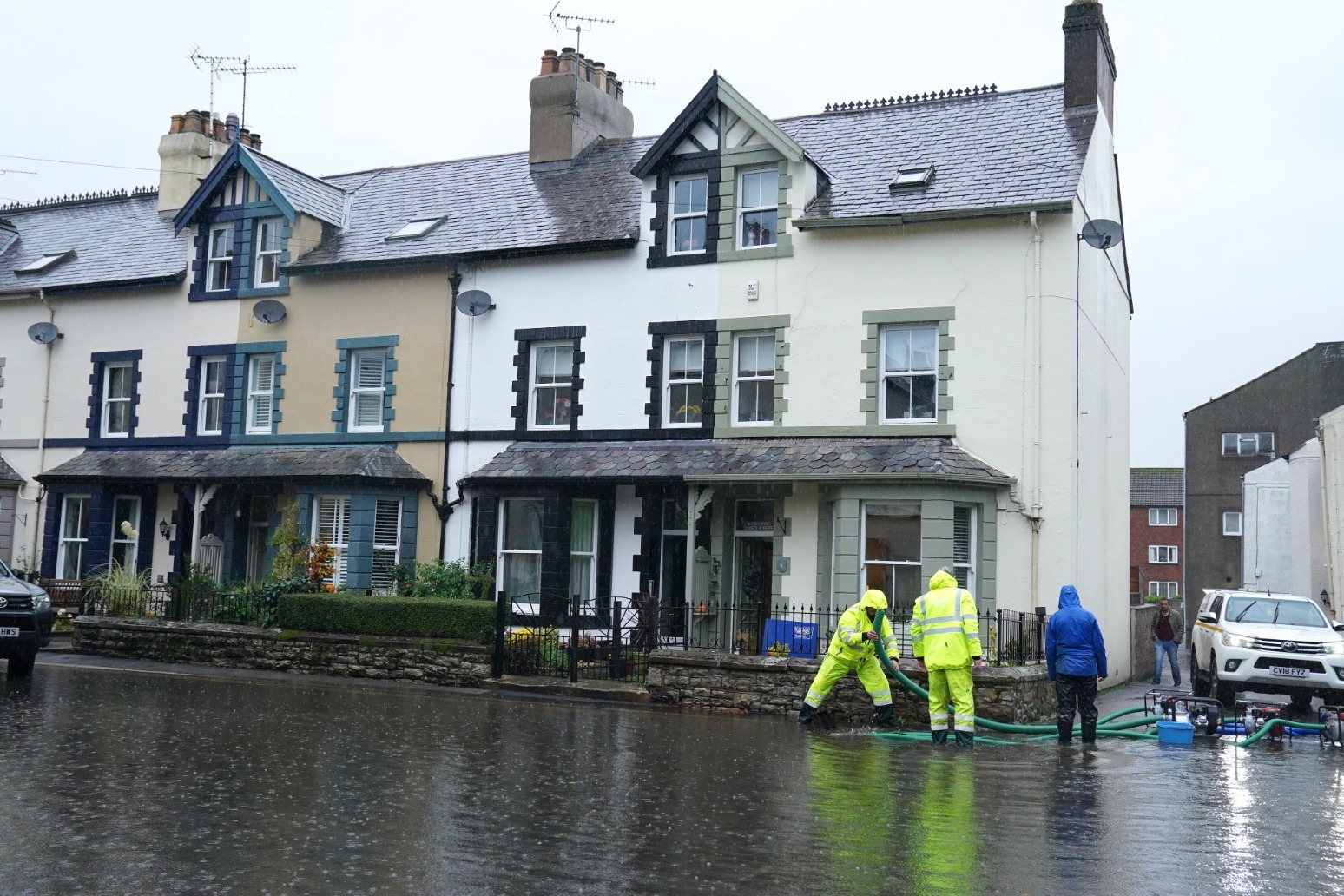 Homes in Hawick are being evacuated after a major incident was declared due to the flood risk posed by torrential rain.

Police Scotland declared the major incident with up to 500 properties feared to be at risk of flooding.

Heavy rain and floods are disrupting travel across southern Scotland and northern England.

Police Scotland Chief Inspector Vinnie Fisher said: “We have been monitoring the situation with the weather in the Borders closely as the day has progressed and we have now made the decision, alongside our partners, to declare a major incident and have begun evacuating various residents around the River Teviot from their properties.

“We are working with our colleagues at the Scottish Fire and Rescue Service and Scottish Borders Council to safely move all of those affected and ensure they are appropriately accommodated for the time being.”

He urged people to avoid travelling in the region unless “absolutely necessary”.

The Scottish Fire and Rescue Service has sent four fire engines and a water rescue unit to the town.

It is assisting with evacuating properties at risk of flooding.

Schools and health centre have been closed with a rest centre set up for those evacuated.

Weather warnings of heavy rain are in force across southern Scotland and northern England, including an amber alert for Cumbria which warns of “danger to life from fast flowing or deep floodwater”.

A minor landslide has blocked the B725 road around six miles from Dumfries and as police warned of large areas of flooding on that road from Dumfries to Glencaple.

The River Tweed in Peebles has burst its banks, putting home at risk of flooding and closing roads.

Officers urged people to drive with care amid reports of flooding and standing water.

Traffic Scotland said earlier it had reports of flooding on the M74/A74(M) around Abington in South Lanarkshire and on the A75 near Barlae in Dumfries and Galloway.

An amber warning of heavy rain for Cumbria in north-west England is in force until 11.59pm on Thursday while a yellow warning of rain, which also includes Yorkshire and Humber, is now in force from midnight until 3pm on Friday.

A yellow warning of rain for south-west England is valid from 3pm on Thursday until 9am on Friday while one is already in force in Wales and lasts until 3pm on Friday.

Cumbria Police warned that some roads may be impassable, while at around 6am on Thursday South Lakes police tweeted that the A591 Rydal to Grasmere road was not passable “due to the depth of flood waters in several locations” and urged people not to take unnecessary risks and only to travel if they really need to.

Scotland’s transport minister Graeme Dey said: “The conditions could potentially bring disruption to the trunk road and rail networks, so it’s important people plan their journeys before they set off.

“Motorists should make sure their routes are available, follow travel advice from Police Scotland and drive to the conditions.”

He added: “If you are planning to travel by rail, please check with your operator ahead of your journey.

“This is particularly important for cross-border travellers following the earlier disruption to services.”

The Met Office tweeted on Thursday afternoon 358mm of rain had been recorded at Honister Pass in Cumbria in the past 38 hours.

The Scottish Environment Protection Agency (Sepa) reported 116mm of rain at Eskdalemuir Observatory in the 36 hours to 9am on Thursday, well above levels over the previous days.