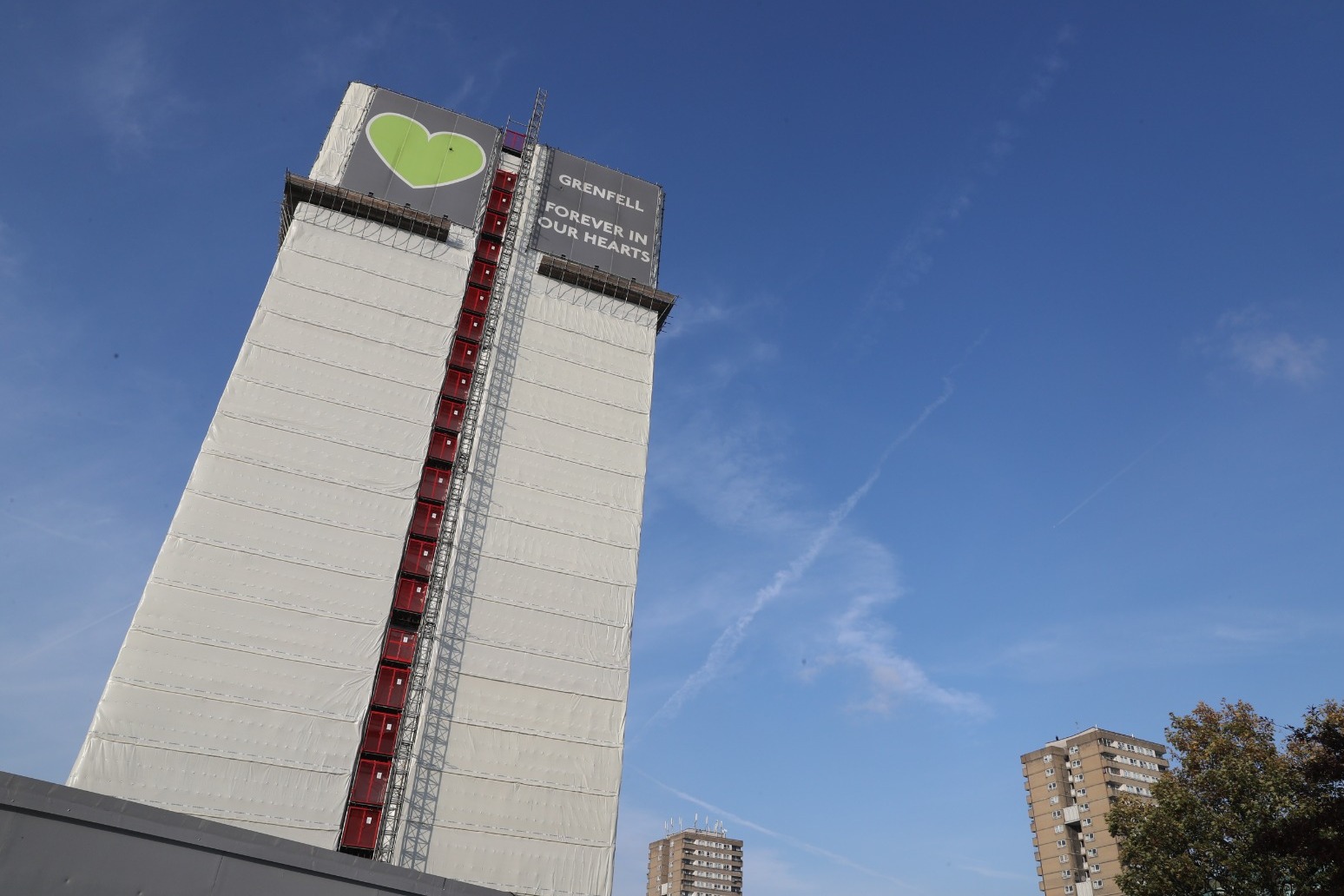 A survivor of the Grenfell Tower disaster has said ex-residents are still being “denied swift justice” four years on from the catastrophic fire.

Tiago Alves, his father, mother and younger sister all escaped from their home in Flat 105 on the 13th floor in the early stages of the deadly blaze on June 14, 2017.

On the night of the fire, his parents, returning home after dropping off visiting family at their hotel, became aware of smoke on the fourth floor.

Mr Alves’s father woke his sleeping children and alerted other residents on their floor to get out of the building that would eventually become engulfed in the smoke and flames that claimed 72 lives.

Ahead of the fourth anniversary of the disaster on Monday, Mr Alves, 24, recalled the “frightening” and “chaotic” scenes four years ago, adding that he was “disappointed” at progress since.

He said recommendations from the phase one report of the ongoing inquiry into the fire had not been implemented, and noted the absence of the social housing white paper in the recent Queen’s Speech package of proposed legislation.

Meanwhile, the Metropolitan Police has previously been told to wait until the public inquiry has published its final report before passing evidence to the Crown Prosecution Service to consider any criminal charges.

“Implementing recommendations and the social housing white paper are important pieces of legislation for us to feel like it’s moving forward,” Mr Alves said.

“Because a criminal investigation can’t go ahead until the inquiry is over, it does feel like we’re being denied swift justice.

“It still doesn’t feel like we’re any closer to achieving the justice that people who passed away deserve. It just feels like it’s taking a long time.”

Monday marks four years since a small kitchen fire in a Grenfell Tower flat on an estate in Kensington, west London, turned into the most deadly domestic blaze since the Second World War.

The Grenfell United campaign group said there will be an online remembrance event at 7pm, while churches have been asked to simultaneously ring their bells 72 times at this time as an act of remembrance, followed by a two-minute silence.

The public are also asked to “go green for Grenfell” at 10pm by placing green lights in their homes and gardens.

Meanwhile, local churches close to the tower site have prepared a special online service to be shared on Sunday.

Mr Alves, who still lives in the local area, said he has had therapy since the fire to help him cope with “survivor’s guilt” and the “extremely difficult” period afterwards.

“Thoughts penetrate your head and you just feel like, why was it someone else? Why was it not me? What makes me special?” he said.

But he is now studying for a masters degree in physics, while his sister Ines, who famously sat her GCSE chemistry as a 16-year-old the morning after the fire, has finished her first year of university.

Mr Alves now supports the campaign for justice and backs those advocating for cladding and flammable materials to be removed from buildings.

“In our opinion, the best form of justice that we feel like we can achieve at this very moment, apart from actual criminal justice, is making sure that people are safe in their homes,” he said.

“That’s our way of honouring the legacy of those who’ve passed away, whilst at the same time feeling like their deaths weren’t in vain.”

To mark the anniversary Mr Alves said he will find time to visit the base of the tower which he wants to eventually be turned into “a memorial” and “place where the community can learn to heal and inspire the youth in the local area”.

The Covid-19 pandemic has prevented survivors and bereaved families from gathering together for months, but Mr Alves said it was important to “remember those who passed away and remember that we still have to continue fighting because justice isn’t just going to be given to us”.

Grenfell United, a group of survivors and bereaved families, said: “Four years on and time has not made our loss any easier.

“We hear more damning evidence every week at the public inquiry showing us just how preventable the fire was – had they listened.

“Yet four years on, the Government are as determined as ever to avoid taking any meaningful action to prevent another Grenfell.

“We’re determined to keep the pressure on Government to break this cycle of inaction and indifference, and to confront those guilty parties that continue to show complete disregard to the safety of us all.

“Grenfell has highlighted a toxic political culture within the construction industry. Both the Government and the building industry corporates involved have striking similarities – which is total lack of regard for human safety.

“We will continue to campaign for truth, change, and justice – not just for our loved ones, but for the whole country, to ensure that no one has to suffer how we have suffered, and so that such a tragedy never happens again.

London Mayor Sadiq Khan said: “There are many whose lives will never be the same after Grenfell.

“We owe it to the people who died, to the survivors and the entire community to ensure that nothing like this ever happens again.”

He said the Grenfell community had been “unwavering in their dignity and strength, continuing to campaign and fight for justice and public safety”, and he would do “everything in my power to ensure all Londoners feel safe in their homes”.

Labour leader Sir Keir Starmer said his thoughts were with the bereaved and the survivors, adding: “We stand with the community at Grenfell which has steadfastly campaigned for justice and change.”

Housing Secretary Robert Jenrick said: “This is a day for the bereaved, the survivors and the residents of North Kensington – all our thoughts are with them as they remember the lives lost in the Grenfell Tower tragedy, four years ago today.

“The Government will continue to stand with the community to honour those that lost their lives and ensure justice is delivered.”