Gareth Southgate calls for patience after Englands stalemate against Scotland 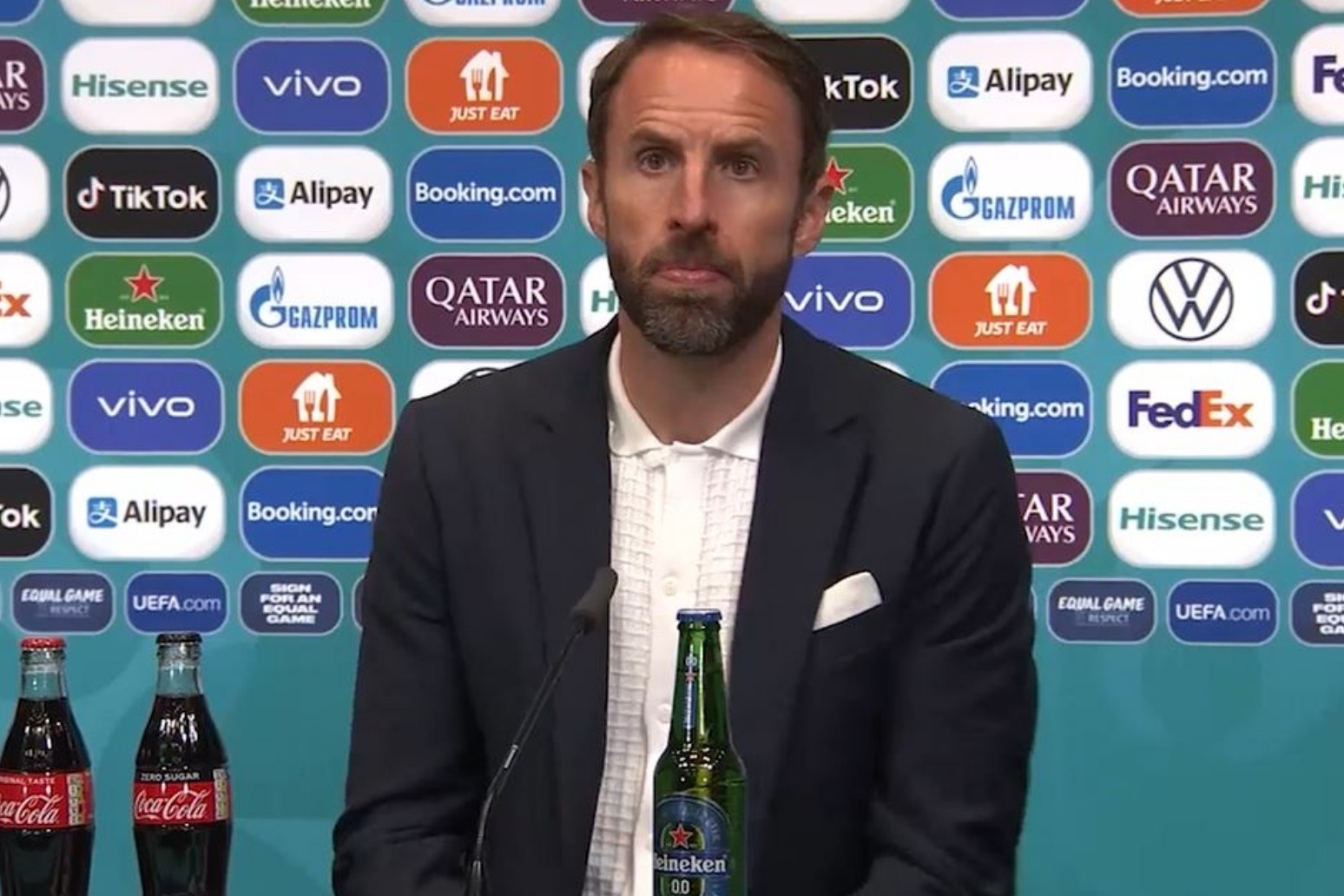 Gareth Southgate called on supporters to stick with the players after some England fans booed the team following the lacklustre goalless European Championship draw against old rivals Scotland.

Having impressively beaten World Cup semi-final foes Croatia on Sunday, the Three Lions knew they would progress to the knockout phase with a game to spare by winning Friday’s auld enemy showdown.

But uninspired England fell well short of expectations against the wounded Scots, with John Stones’ early header off the woodwork the best they could muster in a 0-0 draw at a partially filled Wembley.

Scotland made life tough under the arch, with Stephen O’Donnell denied superbly by Jordan Pickford in the first half and Lyndon Dykes seeing an effort cleared off the line in the second period.

The Tartan Army celebrated the boost to their last-16 hopes at the full-time whistle, whereas a number of England supporters among the restricted 20,306 crowd at Wembley booed their players.

“I think the timing of our movement, rotation patterns, could have been better at times,” Southgate said when asked about the issue creating opportunities on Friday evening.

“I think we could have been a bit more decisive in our decision making in those areas, but I think Scotland defended those areas really well.

“Even towards the end, the one against one situations, they always had a second or third man across.

THE PRESS CONFERENCE IN FULL:

Southgate went on: “Look, it’s a game we know we didn’t hit the level we wanted to or need to, but tonight we have to accept whatever comes our way.

“What we need to do is make sure we get behind the players because there’s a lot of young players that need the support of everybody.

“Most of them haven’t been involved in a game like that before and they are unique occasions.

“They’ll learn a lot, they’ll bounce back from it but they need everybody behind them.”

Asked if he was angry with fans for booing at the end, Southgate said: “I think our fans are entitled to react however they want.

“We’re disappointed with our own performance and I totally understand their reaction.

“We were expected to beat Scotland. They’ll be frustrated by that and in the end we’ve got to live with that and deal with that.”

For all the disappointment of Friday evening, England remain on the cusp of qualification ahead of Group D leaders Czech Republic arriving at Wembley on Tuesday.

But the main emotion is frustration and captain Harry Kane’s ineffective display a concern, with the 27-year-old hooked in the 74th minute to compound Sunday’s underwhelming display against Croatia.

“I think the whole team, we have got to look at the whole performance and our use of the ball and review where we can be better,” Southgate said when asked about his skipper’s performance.

“That’s right across the board, so it’s not just about one person.

“Scotland, I thought, marked him extremely well. With the back five there isn’t a lot of space and of course anything that was played up they were aggressive, they defended well.

“Tonight we couldn’t find the answers. We’ve got to go away, review the game and find those answers for the game with the Czech Republic.”