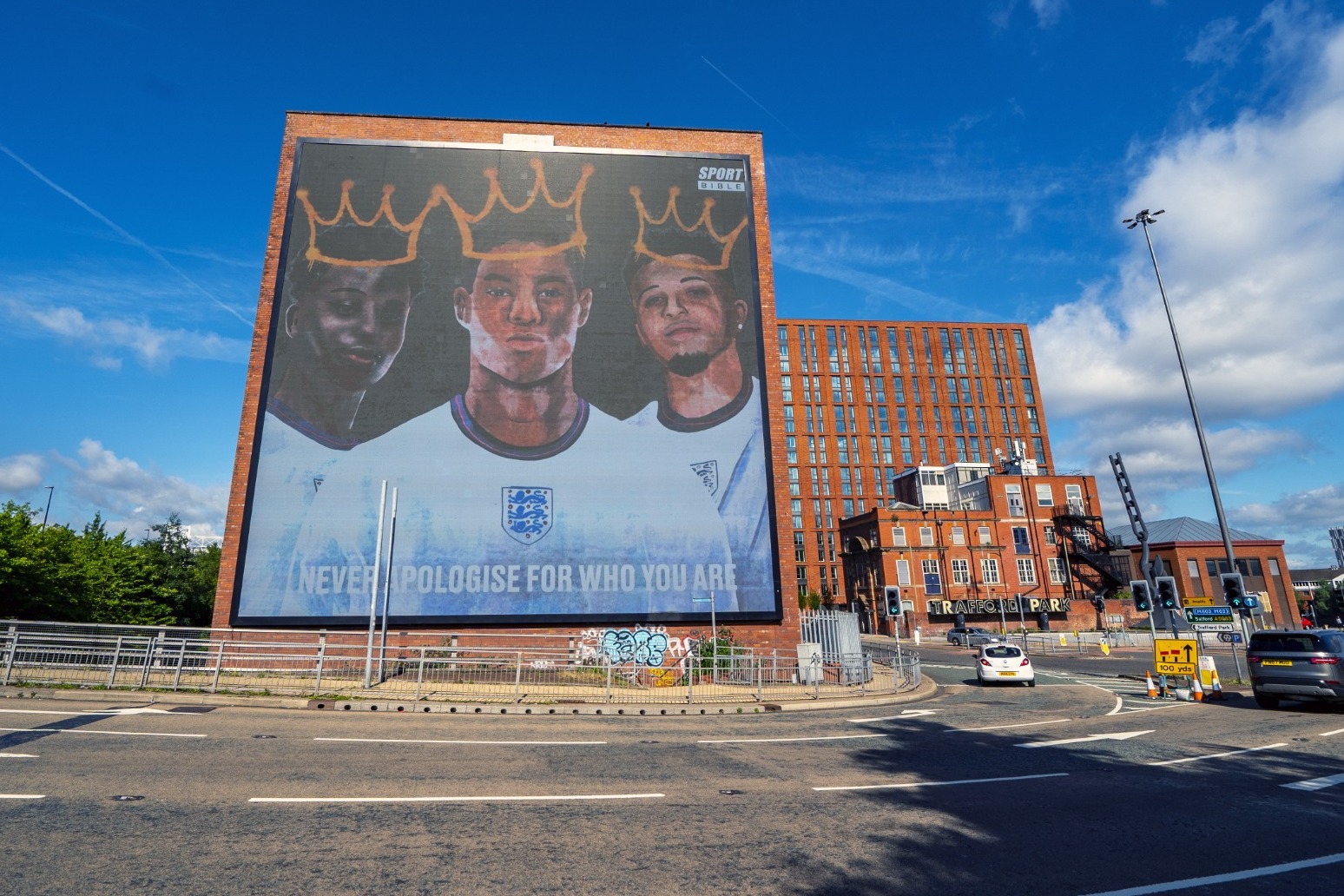 “I utterly condemn and abhor the racist outpourings that we saw on Sunday night,” he said.

“So what we are doing is taking practical steps to ensure that the football banning regime is changed so that if you are guilty of racist abuse online on football, then you will not be going to the match.

“No ifs, no buts, no exemptions, no excuses.”

Football banning orders are handed out when someone is convicted of a “relevant offence” linked to a match, including crimes such as disorderly behaviour, making threats against people or property, and possession of weapons or alcohol.

The list also covers crimes set out under the Football (Offences) Act 1991, which include racist chanting, pitch invasion and throwing missiles.

The duration of a banning order, which is used to bar individuals from attending matches and in some cases can require them to surrender their passports ahead of overseas fixtures, can range from a minimum of three years up to a maximum of 10 years.

Mr Johnson rejected a call by Labour leader Sir Keir Starmer to condemn Home Secretary Priti Patel after she dismissed the team’s actions in taking the knee at the start of matches as “gesture politics”.

“The Home Secretary has faced racism and prejudice all her career of a kind he can never imagine. And she has taken practical steps to get black and minority officers in record numbers,” the Prime Minister said.

The Labour leader responded by accusing the Government of trying to “stoke a culture war”, only to realise that they were on the wrong side.

“Why will the Prime Minister refuse time and time again – even now – to condemn those who boo our players for standing up against racism?” Sir Keir asked.

“What is it that this England team symbolises that this Conservative Party is so afraid of?”

Earlier, Conservative former minister Steve Baker warned the party needed to change its attitude towards people who take the knee.

He said the controversy which erupted after the Euro 2020 final at Wembley should serve as a “wake-up call” over how it was seen in the rest of the country.

Marcus Rashford, Jadon Sancho and Bukayo Saka were subjected to a torrent of racist abuse on social media after they failed to score in the penalty shoot-out against Italy on Sunday.

That in turn prompted an outpouring of support for the trio, with hundreds of fans gathering to leave messages at a mural of Rashford in Manchester after it was defaced by vandals.

Meanwhile, England player Tyrone Mings accused Ms Patel of having stoked the fires of racism with her previous comments.

Mr Baker drew back from criticising the Home Secretary but warned that Tories needed to consider how their words were received when they addressed such issues.

“It is a wake-up call to the Conservative Party of just how powerful our words are when we navigate these issues,” he told BBC Radio 4’s Today programme.

“We have to get alongside those players who are taking the knee and understand they are not saying defund the police, they are not anti-capitalist. What they are doing is saying ‘We suffer racism’.

“What I am saying to my colleagues is that we have to confront the reality of how we are sometimes heard, even by people on our own side.”