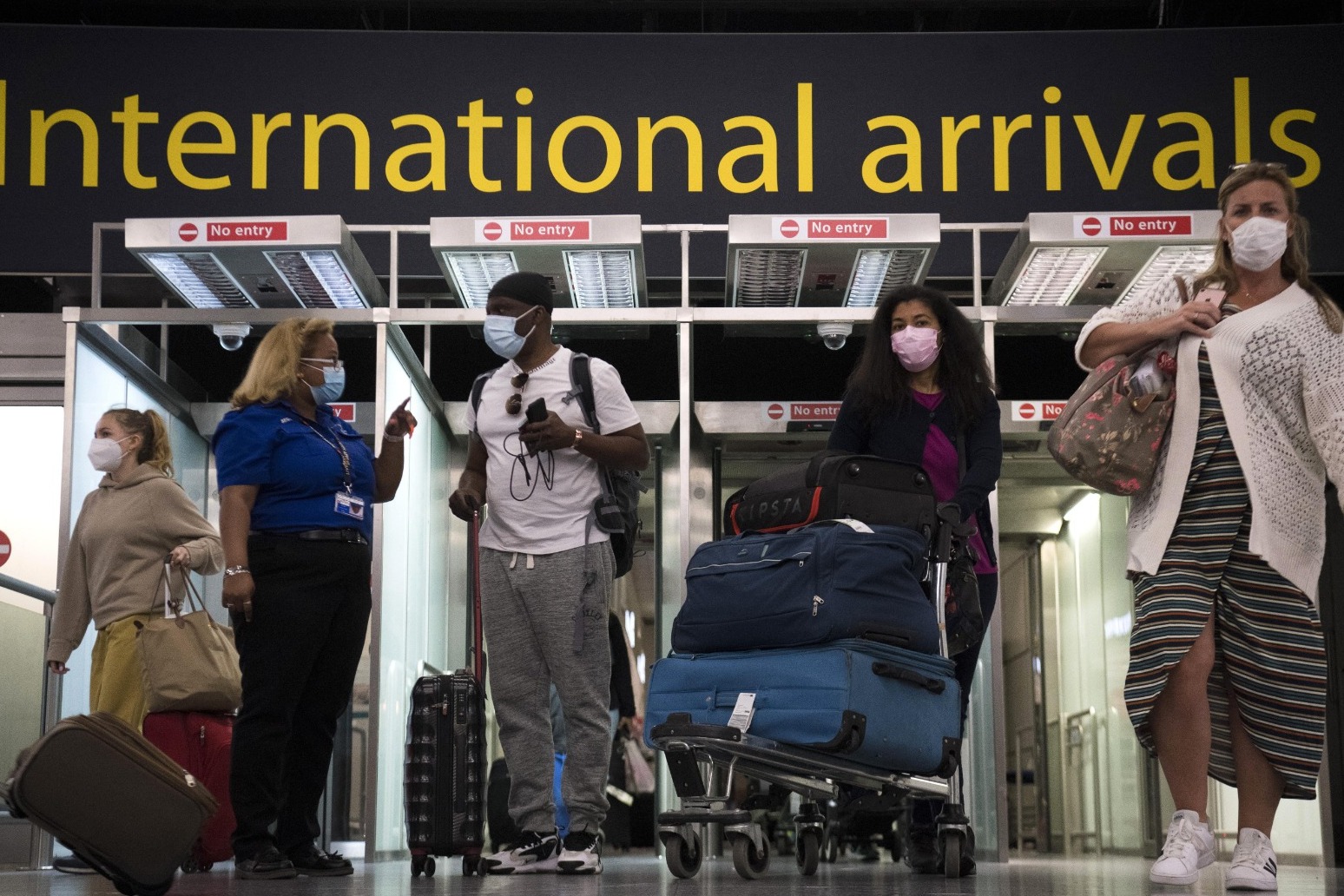 It’s after Portugal moved from the Green to the Amber list, meaning thousands of holidaymakers had to rush home

The “failed and damaging” traffic light system for international travel must be abandoned if the UK travel and tourism sector is to be saved from total collapse, an industry body has warned.

London-based World Travel and Tourism Council (WTTC) said the Government must scrap the system which has “wreaked havoc” among consumers and businesses in order to save hundreds of thousands of jobs.

The risk-based system with red, amber and green ratings for countries around the world determines the quarantine and coronavirus testing requirements people face when returning to the UK.

But Portugal being moved from the green to amber caught many holidaymakers by surprise and left thousands of UK tourists scrambling to get home before new quarantine rules came into force on Tuesday morning.

It led to the Government facing accusations it had not kept to promises over a “green watchlist” that would have given travellers increased warning about a country potentially coming off the safe list.

The WTTC said that moving to a more transparent and easier to understand system will restore consumer confidence and provide a “much-needed” boost to the travel and tourism sector.

It warned that a further 218,000 jobs were at “serious risk” if international travel continued to be off limits for most of the summer, on top of the 307,000 jobs which were lost in the UK sector last year.

“Consumers, airlines and the wider travel sector were promised a watchlist and three weeks’ notice of any changes from green to amber, and not just four days.

“It has been incredibly disruptive and costly for both travel and tourism businesses and consumers. It simply hasn’t worked.

““What’s needed now is a watertight government policy enabling those who’ve been fully jabbed to travel freely, and not have to self-isolate on their return.

“Those who are not fully vaccinated should be able to travel with proof of a negative test, like what we are seeing in the EU.

“The travel sector needs this now if it is to survive this summer as domestic travel alone will not save the day.”

The industry body said it recognised the need to avoid travelling to countries or destinations with a “demonstrably” higher Covid-19 rates.

But the WTTC said that fully vaccinated holidaymakers and travellers with proof of a negative test should be allowed to travel to countries with similar or higher vaccination levels to the UK, or destinations with proven low-infection rates.

Meanwhile, the UK has not been included in a mass loosening of international travel warnings from the US State Department.

The department on Tuesday upgraded its advice for dozens of nations, including France, Spain and Italy, from ‘Level 4: Do Not Travel’ to ‘Level 3: Reconsider Travel’, according to its website.

The UK has been designated ‘Level 3’ since May 10. The ‘Level 3’ advice allows travel for fully vaccinated citizens, with a warning they should “avoid travel due to serious risks to safety and security”.

However, the UK is still subject to a presidential decree which prohibits non-US citizens who have been in the UK in the last 14 days from entering the country.