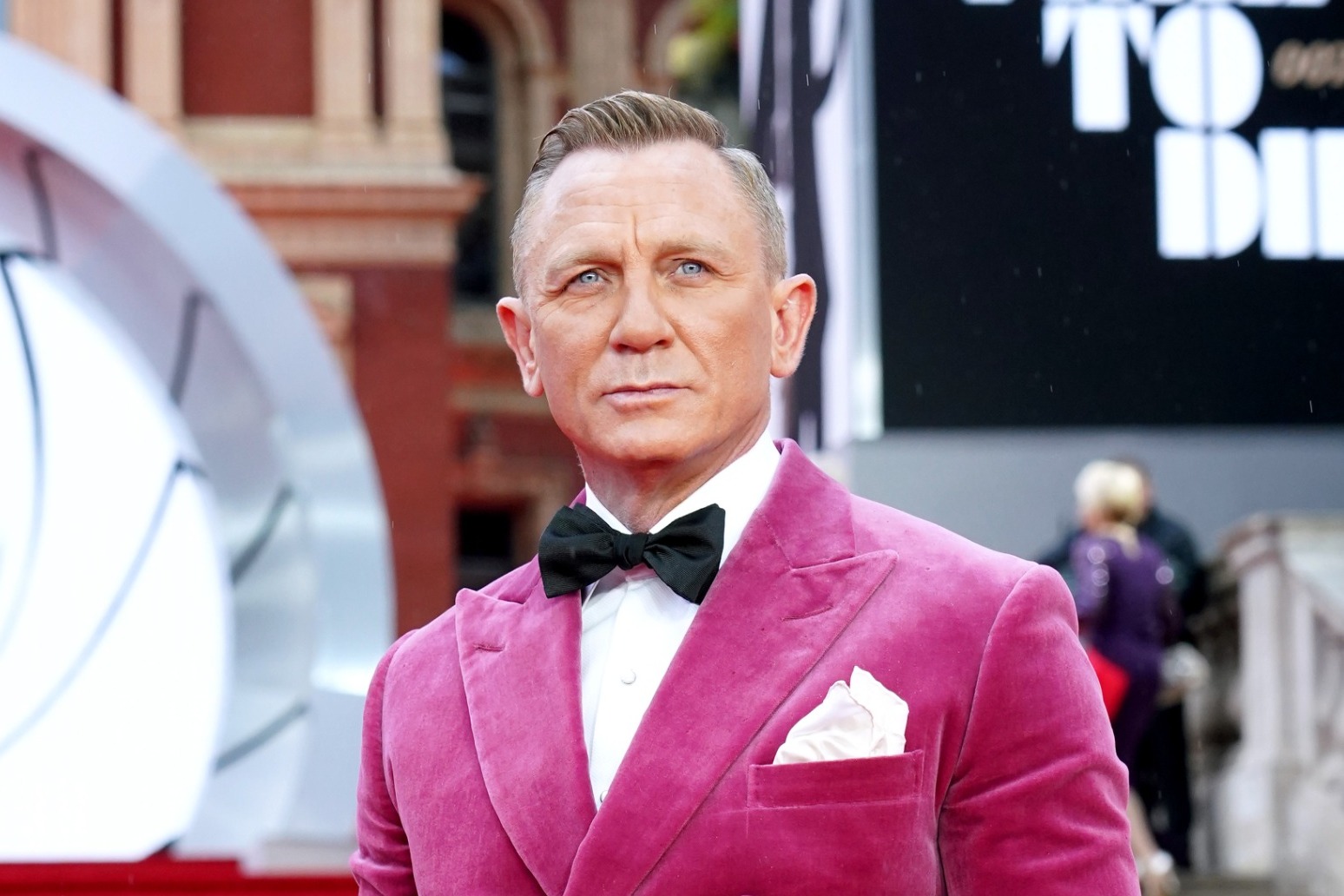 James Bond star Daniel Craig has been made a Companion of the Order of St Michael and St George, the same honour given to 007.

The actor has been recognised for services to film and theatre in the New Year Honours, for his glittering career where he played the world’s most famous secret agent for a run of five movies.

A CMG is the honour often given to diplomats, and the fictional spy is described as holding it in both the films and the books by Ian Fleming.

Craig, 53, made his final outing as 007 earlier this year with the highly anticipated release of No Time To Die, which achieved blistering success at the box office.

The actor took up the mantle as the British spy with 2006’s Casino Royale and set the tone with a grittier and more brooding portrayal.

Following multiple pandemic-enforced delays, his swansong in No Time To Die premiered at the Royal Albert Hall in September.

The event was attended by British royalty, with the Prince of Wales, the Duchess of Cornwall and the Duke and Duchess of Cambridge all making an appearance, as well as a plethora of famous faces including singer Billie Eilish and her musician brother Finneas O’Connell, who co-wrote the new Bond theme song.

Ahead of the release of the film, Craig was made an honorary commander in the Royal Navy, another rank held by James Bond.

In October, he was also honoured with a star on the Hollywood Walk Of Fame.

Craig was born in Chester and trained at the National Youth Theatre in London before graduating from the Guildhall School of Music and Drama.

Craig’s other film credits include 2004’s Layer Cake, 2005’s Munich, 2011’s The Girl With The Dragon Tattoo while he starred in Knives Out in 2019, playing the detective Benoit Blanc.

He has also taken to the stage throughout his career, featuring in the National Theatre’s production of Angels In America in 1993, as well as taking on the classic Shakespearean role of Iago in Othello in the New York Theatre Workshop’s version in 2016.

He is also due to portray the title role of Macbeth at Broadway’s Lyceum Theatre for a limited run in 2022.

Craig has been married to fellow actress Rachel Weisz since 2011 and they share a daughter.

He also has a daughter from his previous marriage to Fiona Loudon while Weisz has a son from a former relationship.