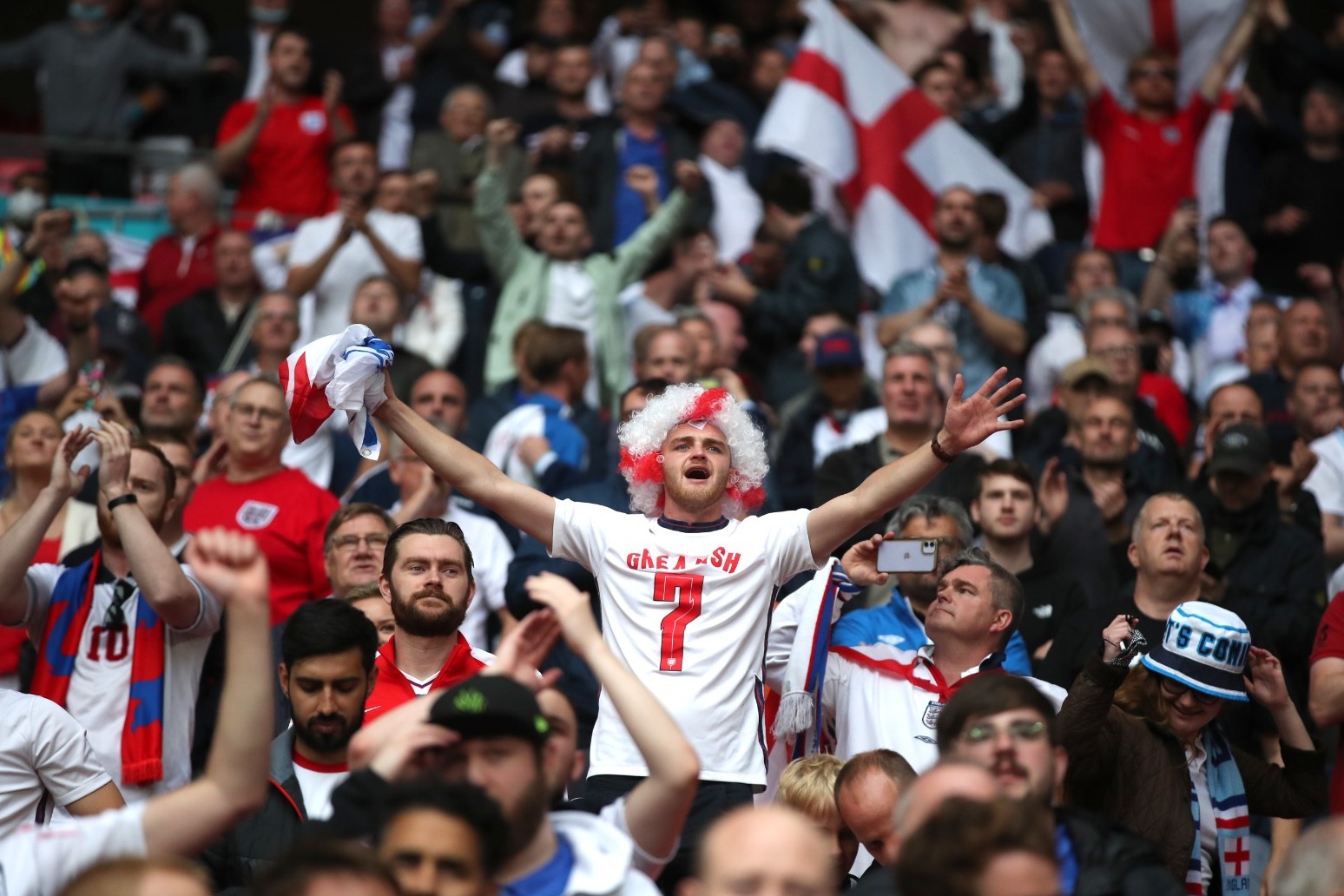 The Three Lions will take on Andriy Shevchenko’s Ukraine at the Stadio Olympico in Rome, but Italy remains on the UK’s amber list and fans have been urged not to travel.

Regulations in Italy also mean fans would have needed to have spent five days in quarantine and have had a negative post-isolation Covid test to be allowed into the stadium.

That means those backing Gareth Southgate’s men on Saturday night in their first away game of the tournament will either be those who call Italy their new home, or who have travelled from another European country to attend the game.

Luke Curner, originally from Folkestone, Kent, was able to avoid isolation as he travelled from Helmstedt, Germany, where he lives with his wife and children.

The 36-year-old bought tickets for the match in 2019 as it falls on his birthday weekend and told the PA news agency: “I feel very privileged to be here I’m usually on the wrong end of these kind of situations.”

Jack Francis, 20, from Southampton, travelled to Rome from France and said: “Obviously it’s nothing like the classic England away day you see on the telly, as apart from being able to hear English being spoken there is minimal English presence.

“I feel really lucky and privileged to be here and hopefully everything goes smoothly with getting into the stadium.

“It feels very surreal, and hopefully it will be a memorable game which will be talked about for years to come if we go all the way.

“I’m feeling confident for the game especially if we play the way we did against Germany. But with the lack of home advantage it will be interesting to see how we play in our first away game of the tournament, but hopefully the England fans here will do all they can to give the players a boost.”

The prize for winning against Ukraine would be a semi-final against either the Czech Republic or Denmark at Wembley, with attendance at the London ground set to be increased.

More than 60,000 football fans will be allowed to attend the semi-finals and final of Euro 2020 at Wembley if they have a negative Covid-19 test or prove they are double vaccinated.

This could lead to some of the largest crowds in the UK since the start of the pandemic.

All ticket holders will be required to have a negative coronavirus test or provide proof of two doses of a vaccine 14 days before a game.