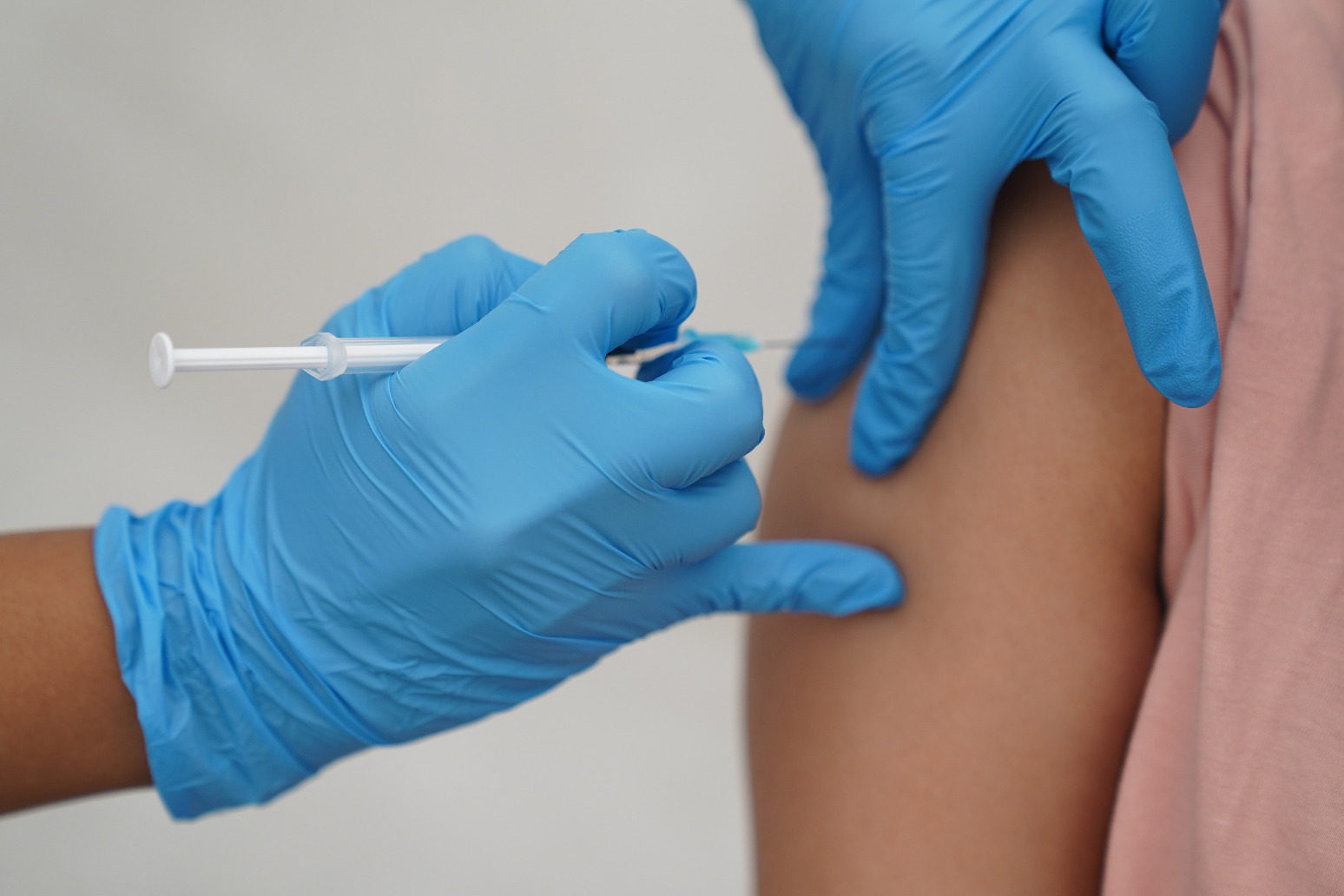 The coronavirus vaccine booking system has been extended as the Omicron variant sweeps across the UK.

People aged 40 and over are now able to book their booster jab three months after receiving their second dose, instead of the original six months.

The system will also allow people to book their booster a month in advance and means an additional seven million people aged 40 and over will be able to book in for their booster and will also be invited two months on from their second dose.

It comes as the Omicron variant sweeps the globe after first being detected in South Africa last month.

Official figures also showed 101 additional cases of the Omicron variant have been reported across the UK, with the total now reaching 437.

NHS chief executive Amanda Pritchard said: “NHS staff continue to work flat out to protect their communities and are now once again working to expand the programme at scale.

“There is a lot we do not know about the Omicron variant but experts believe that even if existing vaccines are less effective, they will give protection. So I would urge anyone eligible to come forward as soon as possible and to keep checking for appointments in their area.”

To speed up the vaccination programme, the Government says about 450 military personnel have been drafted in to help, and there will be extra community pharmacy sites, hospital hubs and pop-up sites.

Health Secretary Sajid Javid said: “We are boosting our booster programme to get more jabs in arms quickly and from today, millions of people over the age of 40 in England will be able to pre-book their booster jab two months after their second dose, a month ahead of them becoming eligible for their top-up vaccine.

“We are halving the gap that people have to wait to get their booster to three months – prioritising those most at risk of serious illness and strengthening our collective defences in light of the Omicron variant, as the virus goes on the advance this winter.”

Wednesday marks exactly a year since the first coronavirus vaccine was given in the UK.

Margaret Keenan, a 90-year-old grandmother, was the first person in the UK to be given the vaccine, in Coventry, on December 8 last year.

Since then the vaccination programme has delivered almost 120 million jabs and the NHS is launching a campaign to recruit tens of thousands more volunteers to deliver jabs.

Prime Minister Boris Johnson said: “Since the first jab was delivered one year ago today, our phenomenal vaccine rollout has saved hundreds of thousands of lives and given us the best possible protection against Covid-19.

“So many people have been involved in this national vaccination effort, including our brilliant NHS staff, pharmacists, the military, the thousands of volunteers who dedicated themselves to the rollout, the incredible scientists, researchers and their teams who developed these life-saving vaccinations and, crucially, every single one of you who has taken up the offer of a jab with such enthusiasm.”

The Prime Minister said the fight against coronavirus is not over yet, but added: “Vaccines remain our first and best line of defence against the virus.”

Mr Javid added: “The battle is not yet over and we are working around the clock to boost the booster programme to maximise immunity following the emergence of the Omicron variant.”