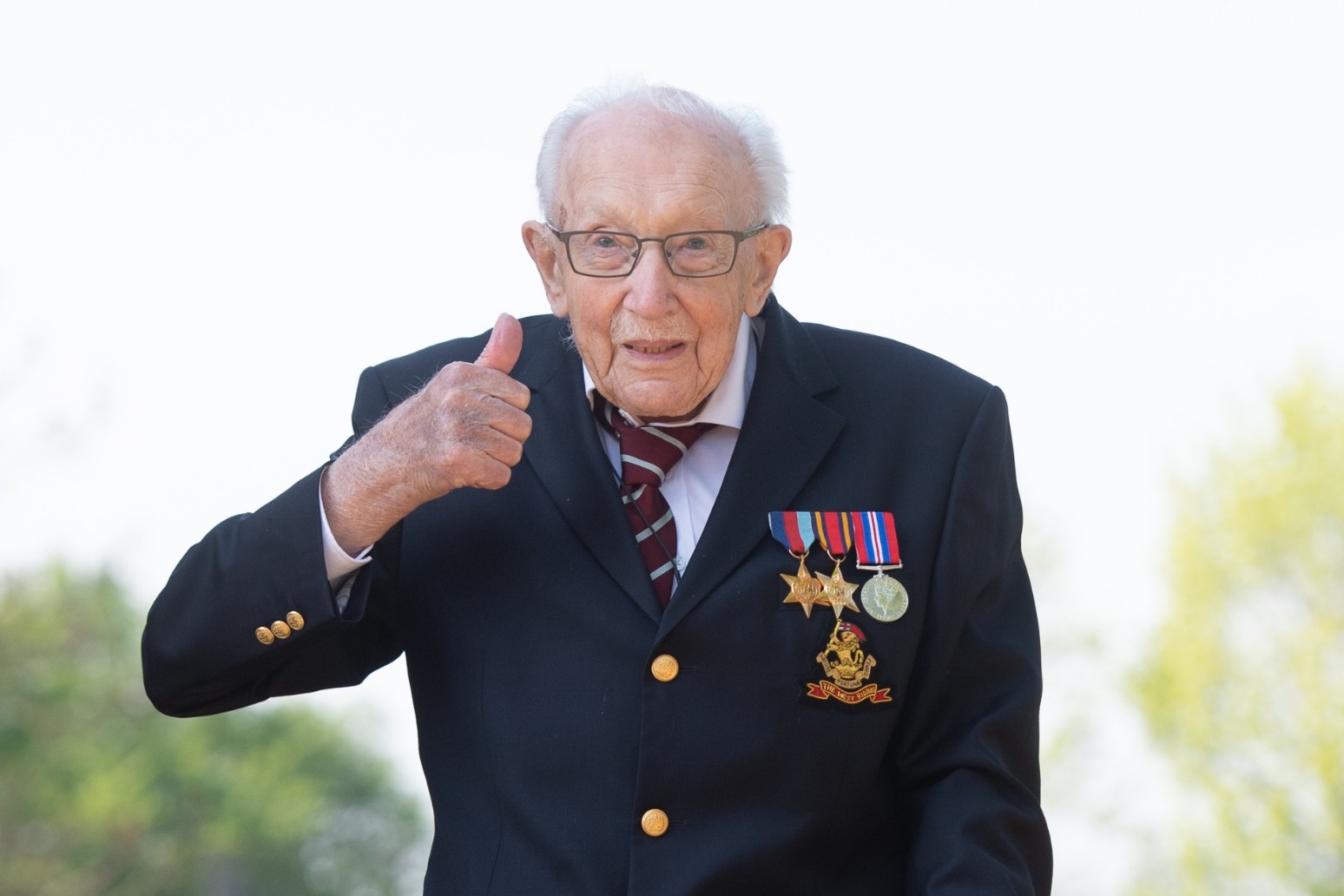 The charity fundraiser was taken to Bedford Hospital on Sunday after being treated for pneumonia for some time and testing positive for coronavirus last week.

In a statement, his daughters Hannah and Lucy said: “It is with great sadness that we announce the death of our dear father, Captain Sir Tom Moore.

“We are so grateful that we were with him during the last hours of his life; Hannah, Benjie and Georgia by his bedside and Lucy on FaceTime. We spent hours chatting to him, reminiscing about our childhood and our wonderful mother. We shared laughter and tears together.

“The last year of our father’s life was nothing short of remarkable. He was rejuvenated and experienced things he’d only ever dreamed of.”

Sir Tom’s fundraising efforts raised more than £32 million for the NHS, walking 100 laps of his garden before his 100th birthday during the first national lockdown in April.

The veteran set out to raise £1,000 from his charity challenge but his efforts struck a chord with the nation, and praise and donations flooded in.

He raised a total of £32.7 million, with donations from 1.5 million supporters, before his fundraising page was closed at midnight following his 100th birthday on April 30.

He started his challenge a little over three weeks earlier, and encouraged people to continue to donate to NHS Charities Together.

In acknowledgement of his efforts, he was knighted by the Queen during a unique open-air ceremony at Windsor Castle in summer 2020.

Sir Tom rounded off 2020 with a trip to Barbados with his family, and his fundraising efforts were marked during the New Years drone display in London, as his figure appeared over the O2 Arena.

Sir Tom’s family confirmed his illness on Sunday, saying he had needed additional help with his breathing and was being treated on a ward but not in ICU.

Following the news, many figures sent well wishes, including the Prime Minister.

Boris Johnson, who previously said the veteran’s “heroic efforts have lifted the spirits of the entire nation”, tweeted on Sunday evening: “My thoughts are very much with @CaptainTomMoore and his family. You’ve inspired the whole nation, and I know we are all wishing you a full recovery.”

Other figures sent their regards, including vaccines minister Nadhim Zahawi, Mayor of London Sadiq Khan and singer Michael Ball, who recorded a charity single with Sir Tom that reached number one.

On Tuesday, the Archbishop of Canterbury described Sir Tom as “a gift”, telling ITV’s Good Morning Britain: “I think one of Sir Tom’s extraordinary achievements is to stand for all of us in the most remarkable way – in his courage, in the way he supported the NHS and raised so much money, and now to stand for all of us in this battle against Covid, he stands for every patient.”