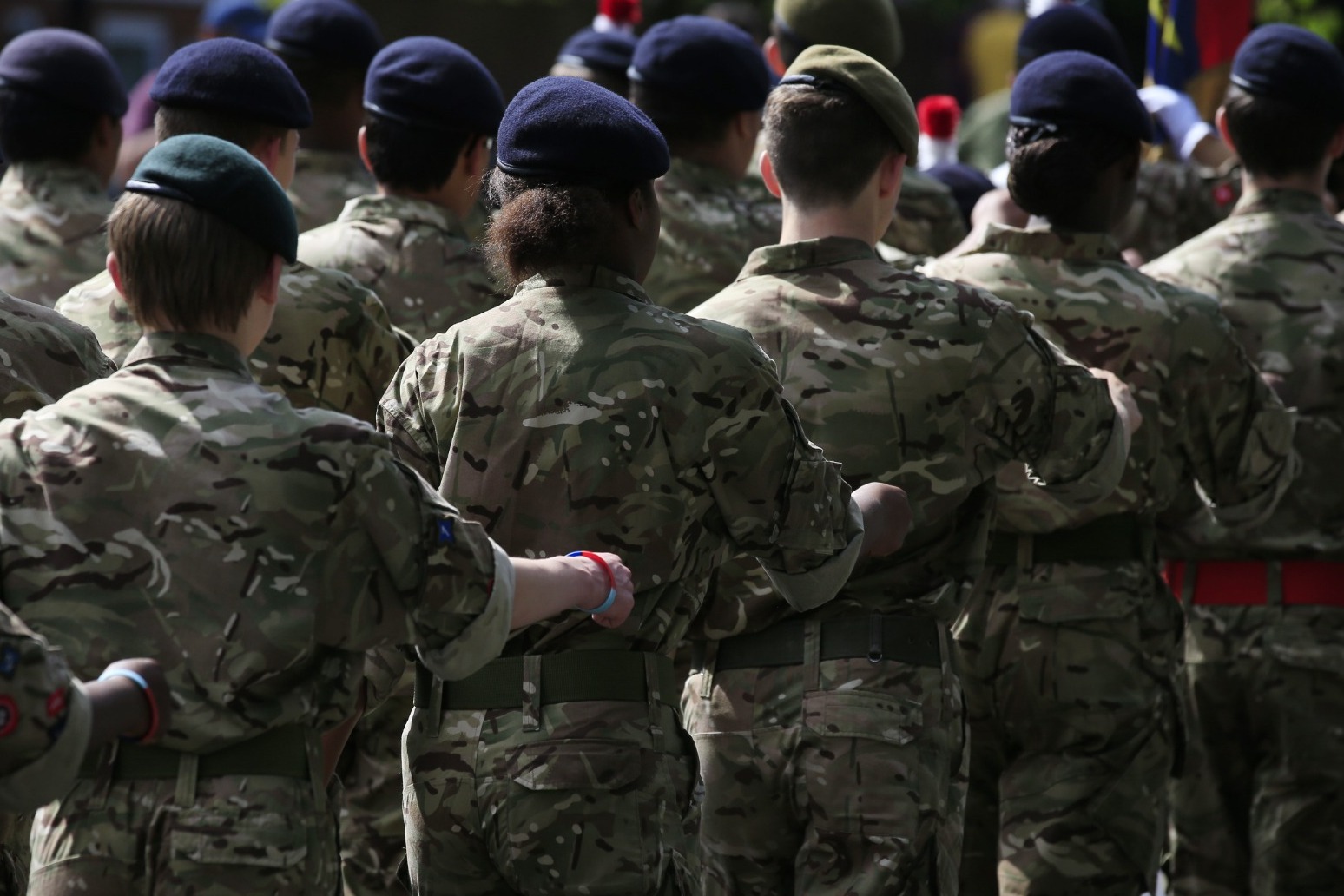 Women serving in the UK military face a considerable risk of emotional bullying, sexual harassment and physical assault, a study has found.

Those who are younger, have held the rank of officer, or had a combat or combat support role were the most likely to have suffered such treatment, according to a study published in the BMJ Military Health journal.

Of the 750 women veterans who were surveyed, 22.5% said they had been sexually harassed, while 5.1% recalled having been sexually assaulted.

Emotional bullying was suffered by 22.7% of those women, while 3.3% said they had been physically assaulted.

There are currently around 16,500 women serving in the UK military and they make up approximately 11% of personnel.

Women have been able to serve in the UK military for many years and all roles were opened up to them, including deployment to frontline combat, in 2018.

The team of British-based scientists, who made contact with those who took part in the research through a UK charity which supports women veterans, believe there is an urgent need to provide more support to military women.

All forms of bad treatment left the women at risk of post-traumatic stress disorder, according to the study.

Sexual harassment was “significantly” linked to a situation where the women found themselves in pain or fatigued due to the mental distress causes they were suffering.

It was also found that sexual assault could be linked with the women having “a greater risk of alcohol difficulties”, while emotional bullying left them to cope with issues such as anxiety, depression, low social support and loneliness.

The study found that women who held a rank as an officer were at greater risk of sexual harassment as well as emotional bullying, but the scientists also state that “even women holding higher power positions may be at risk of victimisation from their own superiors”.

Since women were in the minority within the military “it cannot be ruled out that victimisation of women holding higher ranks may be perpetrated by their own peers as well as those in lower ranks”.

The study states: “Many women do not report adverse service experiences due to fear of the consequences of doing so and may continue to suffer from increased mental health distress during and after military service.

“It is essential to consider whether current reporting procedures may not provide sufficient confidentiality to encourage women to report adverse experiences and more appropriate disclosing procedures should be considered.

“Furthermore, it is essential to consider whether existing support is adequate to support the mental health needs of women who experienced military adversity.”

They add that it may be worth considering whether organisational and leadership changes can be made to better protect military women.

The scientists say that no firm conclusions can be drawn about cause and effect behind their findings as it was an observational study. Further research is needed.

It involved women, who were mostly aged over 61, who answered questions about their experiences and feelings of their former lives in the military.

The experiences of these older women may not be similar to a younger generation of army personnel.

The study was also based around self-reported events, which means it could under-estimate or over-estimate the true picture of what was experienced.

A spokesperson for the Ministry of Defence said: “We are committed to improving the experience for women in the armed forces in every area of their lives and do not tolerate abuse, bullying , harassment or discrimination.

“We have taken a range of steps to improve the experiences of women in our armed forces, as we continue to do for all serving personnel. This includes launching a 24/7 confidential and independent whole-force bullying, harassment and discrimination helpline with trained advisors to support personnel.

“All allegations are taken very seriously, with unlawful behaviour investigated by the relevant police service as necessary.”