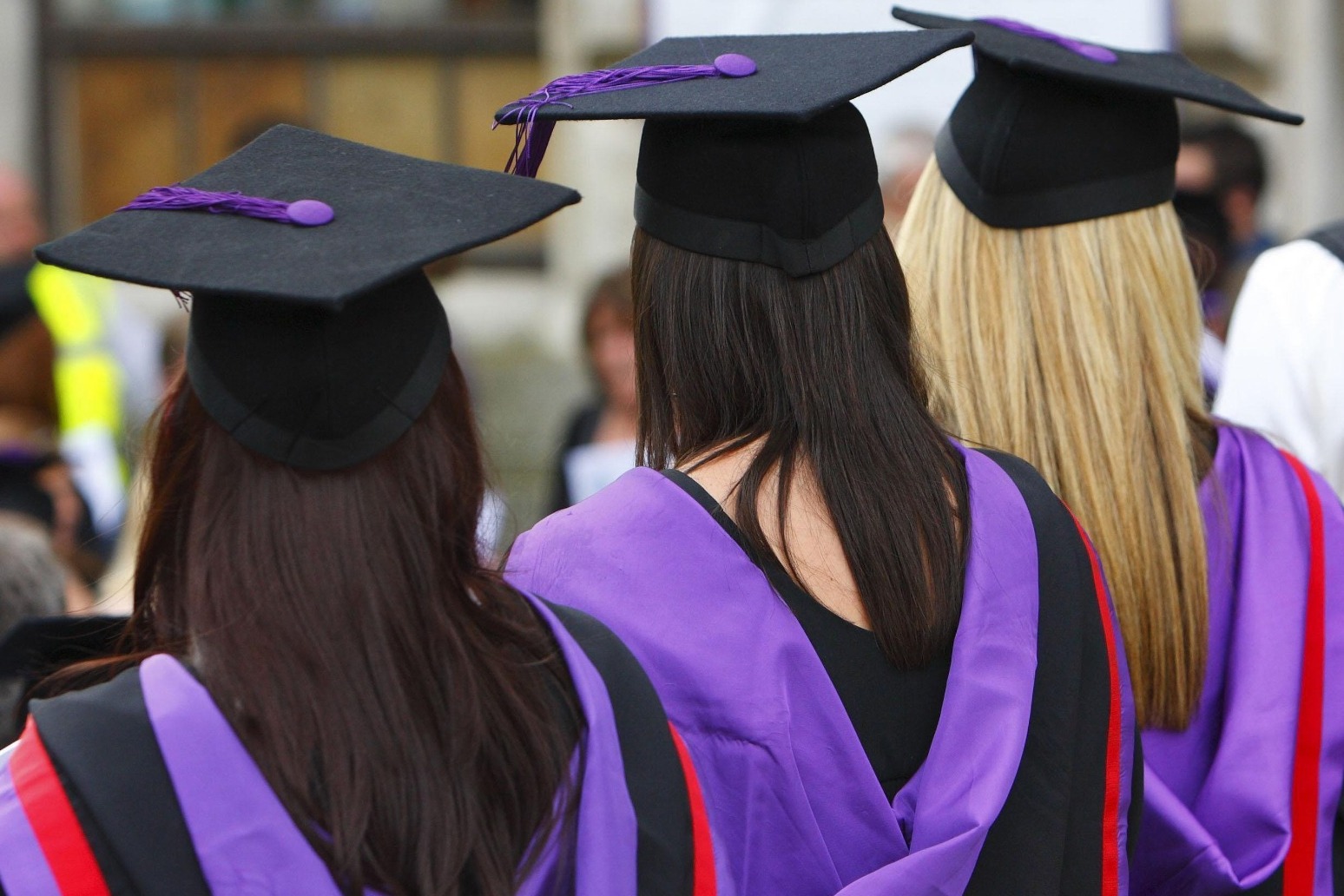 More than 15,000 students were surveyed earlier this year

Almost three-quarters of Scottish students have reported low wellbeing, according to a survey.

The poll of more than 15,000 students from all 19 universities in Scotland is the largest ever study of student mental health in Scotland, the Mental Health Foundation (MHF) said.

The Thriving Learners survey questioned 5.9% of the Scottish university population between January 13 and April 2, during the second pandemic lockdown.

It found 74% reported low wellbeing, while 36% said they had moderately severe or severe symptoms of depression.

Almost half (45%) said they had experienced a serious psychological issue they felt needed professional help.

The results are published alongside an MHF report recommending more Government support for mental health.

Its recommendations include a call for student wellbeing to become a measure of success for all universities in Scotland, increased Scottish Government funding for focused wellbeing support, and for all universities to undertake further research and training to understand the impact of trauma on student mental health.

Julie Cameron, associate director of MHF in Scotland, said: “We all feel low at times, but it is vital that the right supports are in place to prevent mental health problems developing or escalating.

“We know that universities all over Scotland care about the wellbeing of their students.

“Currently the path to mental health and wellbeing support for students can be confusing and often the proposed solution is mental health counselling, for which there may be a lengthy wait.

“We need sector-wide change, and we are pleased that universities across Scotland are open to our recommendations for continued improvement including incorporating student wellbeing within their measures of success.”

The MHF cautioned that while the study was undertaken during the pandemic, the results should not be attributed entirely to coronavirus.

Pamela Gillies, principal of Glasgow Caledonian University and lead member for mental health at Universities Scotland, said she was “determined” to see that the study “catalyses action”.

She added: “Mental health is a strategic commitment of every institution in Scotland and a personal priority of every principal.

“We will act, individually and collectively, on the findings and recommendations.

“Having had the benefit of being close to the research throughout, I can say that we’ve wasted no time and we are already acting on the findings. We owe that to every student in our institutions.”

The project was led by MHF in partnership with Universities Scotland and funded by the Robertson Trust.

DonnaMarie Steel, widening access co-ordinator at the Robertson Trust, said: “The trust was first approached by the MHF in 2019 under our previous strategy with a proposal to support their Thriving Learners study.

“Through our own in-house scholarship project, Journey to Success, we know that when students face barriers to engaging in higher education, this can affect their emotional wellbeing which is highlighted in the findings from the Thriving Learners study.

“The study is a much-needed resource for the sector, and we are keen to follow the progress of the MHF’s recommendations.

“We look forward to supporting the next phase of their research.”